Author and Literary Hub Managing Editor Emily Temple and Lit Hub Associate Editor Katie Yee join hosts V.V. Ganeshananthan and Whitney Terrell to talk about Lit Hub’s 38 favorite books of the year as chosen by the staff. The list spans genres from historical to memoir to post-digital post-capitalist manifesto to lesbian Sasquatch novel. Each editor reads a selection from a favorite, Temple from St. Sebastian’s Abyss by Mark Haber and Yee from The Swimmers by Julie Otsuka.

To hear the full episode, subscribe through iTunes, Google Play, Stitcher, Spotify, or your favorite podcast app (include the forward slashes when searching). You can also listen by streaming from the player below. Check out video versions of our interviews on the Fiction/Non/Fiction Instagram account, the Fiction/Non/Fiction YouTube Channel, and our show website: https://www.fnfpodcast.net/

This podcast is produced by Anne Kniggendorf.

Emily Temple: I’ll start by saying that the reason I like to frame this list as our favorite books of the year—as opposed to the best books of the year—is that I think “best books of the year” lists can encourage box-checking. It’s a feeling of “Oh, we better include this big book that everyone on the internet agreed was great,” just to cover our bases, even if no one on staff actually read it. So, instead, with Our Favorite Books, what you’re getting are the honest favorites from a group of serious readers with pretty diverse interests and taste profiles. So I’m not sure I could define our overall literary taste, except to say… it’s good.

Whitney Terrell: Katie, do you have anything you want to add?

Katie Yee: I would say that I totally agree with what Emily just said. I think there’s definitely a lot of overlap in some of our tastes. Emily and I both went to snowy, secluded, northeast liberal arts colleges—very The Secret History. So I feel like we both read into that vibe. But, truly, the tastes of the staff run the gamut. I would say that we all appreciate an engaging sentence. And something surprising, I think, would be the common denominator. Because we’ve all been, as Emily said, reading seriously for so long that we always like when we’re surprised.

V.V. Ganeshananthan: So, you all have been doing a version of this list for years, and now many of you are working remotely, presumably. I’m curious about whether the process has changed over the years. Did you all sit in a conference room and gab? I mean, the favorites have individual bylines—they’re individualized picks. And so I’m curious about… is there a conferring? Or do you all go to your snowy corners and come up with your list and then meet up?

ET: You know, we do it the way that we’ve always done it, just in a nuts and bolts way. I make everybody claim their books in a Google Doc years ahead of when the blurbs are due. And I don’t let anybody have overlap. But it used to be that we would sit around this tiny office and there would be a couple galleys that we would all pass around. Someone would go home and read it, they would come back, and they would say, “Oh, you guys, this, you’ve got to read this book.”

And so, every year, there would end up being a few books that we had all read and that we all liked. That doesn’t really happen anymore because there isn’t that passing around. So everybody is just on their own, following their own threads of what they’re interested in reading. I mean, I guess we talk a little in Slack about books that we’re reading and that we like, but the feeling of reading books throughout the year feels left communal.

VVG: Yeah, it’s interesting. I’ve had a couple conversations with folks about how the culture of reviewing has changed simply because you don’t pass your colleagues’ desks and see the books that are there or have a casual conversation about what people are enjoying. In the same way that the erasure of casual conversation in other spaces has changed other kinds of offices, book reviewing has changed as well. But, you know, this list—assembled in some ways the same as before and in some ways different than before—has incredible range. It crosses genres.

It’s got historical novels like Maggie O’Farrell’s The Marriage Portrait, you’ve got Getting Lost, Annie Ernaux’s diary of her affair with a Russian diplomat—a book that I’ve never heard of—there’s poetry, there’s a post-digital post-capitalist manifesto, there’s a lesbian Sasquatch novel called Patricia Wants to Cuddle by Samantha Allen. Out of all of these forms, did you see any overlapping themes or obsessions? What do the best books of 2022 tell us about 2022, if anything? Can you guys explain the year to me through books?

KY: I don’t know if I could explain the year at all, let alone through books. That’s such a good question. Usually—and we’ve talked about this before—there are some trends. I want to say two years ago, for some reason, the cannibal novel was very big. Do you guys remember the year Earthlings came out and Tender is the Flesh? I want to say that was 2020. I don’t know what that says about where we were all at mentally during that time.

This year, in particular, I’ve been really thrilled to see a lot of books by people of color, particularly Asian American writers—both being published and on our list this year. It should probably be no surprise to anyone who’s listening to this or anyone who reads the site that there’s sort of been a reckoning in the publishing industry in the past couple of years with regard to the way that it deals with diversity and inclusion. And it’s been really nice to see that come out in the books that are being published and that are being spotlighted this year. And I hope that continues. I want to say that it’s not a trend—I hope it’s an ongoing change.

ET: Yeah. You know, to be fair, I think we’ve always been better than average in terms of our diversity of reading at Lit Hub. It’s always been something that we’ve paid special attention to, at least as long as I’ve been there. But yeah, I agree that that’s sort of exploding across the board in a way that is really awesome to see.

I mean, Katie, you said to me recently—outside of this—that there is no pattern to the year in terms of… it used to be that there were some books that everyone was reading. I mean, this is kind of just what I said before. We’d all pass around the same book. But I also put together another list every year, The Ultimate Best Books of the Year list, in which I go through everybody else’s end of year list and I count up how many books make multiple lists. There’s always one or two big winners—books that are on many more lists than every other book.

Last year was Patrick Radden Keefe’s Empire of Pain and Patricia Lockwood’s No One Is Talking About This. In 2020, it was The Vanishing Half by a mile. And then, in 2019, it was Colson Whitehead’s The Nickel Boys and Ocean Vuong’s On Earth We’re Briefly Gorgeous. And, you know, I can always guess before I make the list—usually I can guess who’s going to be on top. You just know who’s gotten the most coverage, who’s going to be on all the best book lists, you just know. This year, I couldn’t really guess. I didn’t know.

WT: Well, I agree with that. I wonder, though… my nomination for the book that’s probably on a lot of those lists is going to be the Barbara Kingsolver’s David Copperfield rewrite. I’m forgetting the title right now.

VVG: I’m wondering about the Escoffery.

ET: That one’s up there, not the top!

KY: We should all place our bets now.

WT: You can’t tell us what the top is? Are you withholding this information?

Transcribed by Otter.ai. Condensed and edited by Han Mallek.

Our 38 Favorite Books of 2022, Literary Hub · Fiction/Non/Fiction Season 5 Episode 26: “This is Such Bullshit.” Shelly Oria and Kristen Arnett on the Reproductive Rights Crisis · Fiction/Non/Fiction Season 1 Episode 4: Edmund White and Emily Temple on Literary Feuds, Social Media, and Our Appetite for Drama ·The Marriage Portrait by Maggie O’Farrell · Getting Lost by Annie Ernaux · Patricia Wants to Cuddle by Samantha Allen · How High We Go in the Dark by Sequoia Nagamatsu · St. Sebastian’s Abyss by Mark Haber · My Three Dads by Jessa Crispin · Fight Like Hell by Kim Kelly · The Bond King by Mary Childs · Empire of Pain by Patrick Radden Keefe · No One is Talking About This by Patricia Lockwood · The Vanishing Half by Brit Bennett · The Nickel Boys by Colson Whitehead · On Earth We’re Briefly Gorgeous by Ocean Vuong · Demon Copperhead by Barbara Kingsolver · My Year of Rest and Relaxation by Ottessa Moshfegh · If I Survive You by Jonathan Escoffery · Trust by Hernan Diaz · Tomorrow, and Tomorrow, and Tomorrow by Gabrielle Zevin · An Immense World by Ed Yong · The Sky is Yours by Chandler Klang Smith · Elderflora by Jared Farmer · Kelly Link · Donald Barthelme · Mrs. Bridge by Evan S. Connell · The Swimmers by Julie Otsuka · Earthlings by Sayaka Murata · Tender is the Flesh by Augustina Bazterrica · The Ultimate Best Books of 2022 List ‹ Literary Hub

Jacques Pepin on the Essence of the Chicken 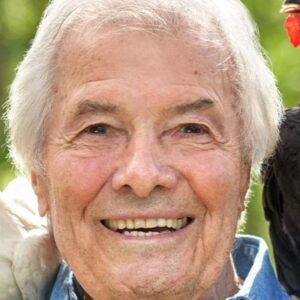 Jacques Pepin on the Essence of the Chicken

On this episode of Just the Right Book, legendary chef and painter Jacques Pepin shares the story of his life with Roxanne...
© LitHub
Back to top