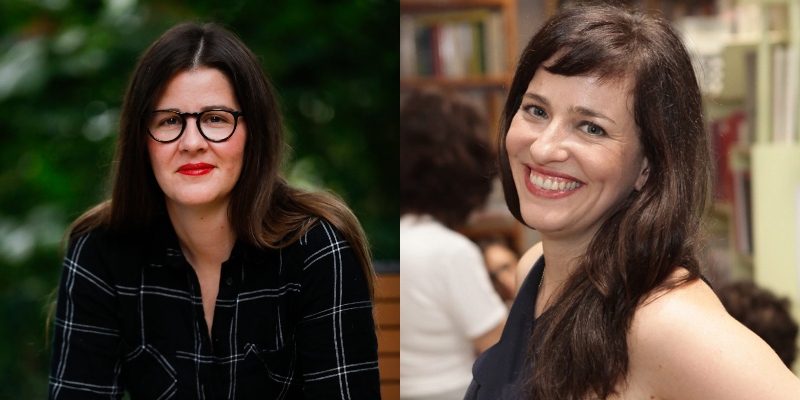 “This is Such Bullshit.” Shelly Oria and Kristen Arnett on the Reproductive Rights Crisis

Editor and writer Shelly Oria and novelist Kristen Arnett join co-hosts V.V. Ganeshananthan and Whitney Terrell to discuss the reproductive rights crisis through the lens of art, specifically through the stories, plays, essays, and poems that comprise McSweeney’s new anthology, I Know What’s Best for You, edited by Oria.

In the wake of the leaked Supreme Court draft opinion overturning Roe v. Wade, the conversation teases out how, through art, charged political issues like abortion take on a specificity that they don’t in basic reporting or debate. The writers speak about misinformation and crisis pregnancy centers, as well as what a post-Roe future might hold. Arnett reads from her story “The Babies,” and Oria reads from hers, “We Bled All Winter.”

V. V. Ganeshananthan: One of the threads that I was really interested in as I was reading the anthology was the presence of queerness in multiple stories and that reproductive freedoms are affecting members of the queer community. I saw this in so many pieces, and they were in conversation in such interesting ways. I wonder if you can talk a little bit about queer writing in this anthology?

Shelly Oria: That’s a really great question that’s kind of making me scan my brain in a slightly challenging way. Queerness is one such obvious answer that we’ve covered a little bit. So that’s one thread that I was certainly aware of in curating and editing the book. While I invited a bunch of queer authors to contribute, and I think probably something close to half of the contributors listed are folks that identify as queer, but in terms of the work they ended up making, a bunch of those pieces didn’t center queerness.

So, I think the actual queer thread in the book is probably only the two pieces we’ve been talking about, Kristen’s and mine. And then one other play that comes to mind is Donnetta Lavinia Grays’ play, “They Just Might be Seen,” which is the story of a trans man who’s pregnant. And I think that might be it in terms of queer stories, but there’s a bunch of other themes that I was highly aware of in terms of pulling different threads and trying to make sure that there aren’t redundancies, or if there are that they feel more like echoes.

One such topic was climate and all the ways in which the climate crisis kind of is in an interesting conversation with reproductive freedom in all kinds of ways. And one piece that touches on that is Deb Olin Unferth’s essay called “My Nieces” and also Deborah Landau’s poem, “Climate Primer for Babies.” And there are sort of obvious connections between that and child-freeness, which I was super aware of, which is something very close to my heart, too.

There’s a piece also in the book, an epistolary piece of letters between myself and the writer, Hannah Lillith Assadi, and so we touch on that too. She’s pregnant at the time that we’re writing these pieces and sort of sharing about her doubts about becoming a mother, and I’m child-free. And I sort of cover that and how I arrived at that choice. Child-freeness, again, has obvious echoes with climate in a way, but I was thinking of it as its own topic in the book. There’s also Alison Espach’s story, “Let’s Just be Normal and Have a Baby,” the story of a woman who wants to be child-free but finds herself in relationship with someone she loves who is dying, and his dying wish is to have a child and how she navigates that and child-freeness.

In light of that, there’s the topic or the thread in the book of race and racism in America and how that intersects with reproductive freedom. And I think a bunch of the pieces kind of take that on in different ways. But the ones that I think really centers it that come to mind are Tommy Orange’s short story “Maheov” and also Rachel Eliza Griffiths’ piece, which is photographs and an essay titled “Journal of my Birth” and Tiphanie Yanique’s “Divorcedly.” I think those are kind of the main ones, but a bunch of other ones touch on that, too.

So again, if I’m thinking of pulling threads and the editorial process, I was certainly working with more than just those three in mind. I could go on. but I’ll just say one more thing. One more topic that I was super aware of is disability and how disability also intersects in really powerful interesting ways that we should be examining with reproductive freedom.

So the two pieces that come to mind, also not the only ones that deal with that, but the ones that come to mind on that front are Riva Lehrer’s essay, “Curse of the Spider Woman” and then Cade Leebron’s essay, “Compliance, a Guide.” I think of the really beautiful ways in which these writers and artists were echoing each other and holding each other in all of these ways that I was aware of and got to witness behind the scenes, even though they didn’t even know that they were doing that for each other. And there’s something really beautiful about that.

Whitney Terrell: In the real world here, things look bleak. Art is vibrant and crucial. But we also need votes. We need laws. We need more Supreme Court justices, maybe. We definitely could use a few more Democrats in the Senate. Senate Democrats recently failed to pass a bill that would protect abortion rights nationwide, partly because of Joe Manchin, the lone Democrat to vote against it.

A recent CNN poll shows that 66 percent of Americans do not want Roe overturned. And there are indications that the GOP is concerned about how this issue might play in the 2022 midterms. We haven’t talked a lot about the politics of this issue, but we’re going to talk about it now. What is your view of the current political state of this debate presuming Roe is overturned? What happens next?

So to Kristen’s point, the only real consequence is women’s safety is decreased significantly. It’s going to be a shitshow, that I think we can all easily agree on. To be fair, it already is. Things were dire when I started working on this book and I started learning a bit more about the topic. I was already really freaked out. Only the fact that the Dobbs case, the Mississippi case, that is up before the Supreme Court is—the clinic in the case—is the one last remaining clinic in the state of Mississippi. What more do you need to know to understand that if Roe v. Wade is overturned, this is the culmination of such a long process of escalation and deterioration in terms of abortion rights.

But if we’re thinking ahead to what it’s going to look like, I want to mention the Brigid Alliance, which is our publisher’s partner in this book. They help facilitate travel, they arrange and fund travel for people all over the country that need to travel for abortion care. And so when you ask, what is it going to look like? I think a lot like that. I think a lot of organizations like that will step up as much as they can, no doubt on the other side. When they’re saying now, “Oh, what’s the problem? It’s just gonna go back to the states.”

Not only is that so ignorant in terms of the number of women who cannot travel for various reasons, and of course, that always falls to women of color, more to women with less means, more to younger women, etc. I am grateful that these organizations exist that help with that. They’re saying now, “Oh, it’s just taking it back to the States.” But their efforts to block it then on a state level are already in full swing. Obviously, from the legal standpoint, too, they will try to ban it, and not have it be up to the states the minute they can. So it’s all such bullshit, which I just learned I’m allowed to say, so let me say with all my heart: This is such bullshit.

I Know What’s Best for You: Stories on Reproductive Freedom • Indelible in the Hippocampus: Writings from the Me Too Movement • New York 1, Tel Aviv 0

With Teeth • Mostly Dead Things • Felt in the Jaw

Messing With All of It: Poets Rodrigo Toscano and Sandra Simonds Talk Politics, Poetics, Work, and Class 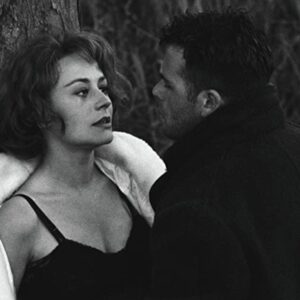 Staging Injustice: Italian Art 1880-1917, an emotional and evocative exhibition at New York’s Center for Italian Modern...
© LitHub
Back to top