TODAY: In 1726, Gulliver’s Travels by Jonathan Swift is published.

Writing advice distilled from dozens of conversations with over 150 authors · 8 delusions of western democracy we could do without · George Orwell, Ayn Rand, and other writers who injured themselves while writing · From a bar called Bukowski’s to America’s oldest poetry bookstore, how to spend a literary long weekend in Boston · The graduate research paper that helped solve a century-old crime ·  How Kate Tempest makes “radical empathy” more than just a buzzword · A pilgrimage to the Book of Kells, the most famous manuscript in the world · How the oldest stories can give us the best perspective: On the slow time of classic literature · From Greene to le Carré to Putin v. Trump, Cold War stories are still in the air: A Cold War Noir reading list · Autumn has always been poets’ season: Nietzsche, Emerson, and the eternal return of falling leaves
This week on Book Marks:
“Walt Whitman is as unacquainted with art as a hog is with mathematics,” wrote an anonymous reviewer of Leaves of Grass in 1855 · Slate says that reading Philip Pullman’s The Book of Dust Vol. 1 is “like standing in a room in which suddenly all of the windows have blown open at once” · A brief crack of light: A 1967 review of Nabokov’s Speak, Memory · The New Republic literary editor Laura Marsh on Angela Carter, Vivian Gornick, and the ecosystem of different tastes · Consider the Lobster and David Foster Wallace’s nostalgia for a lost meaningfulness · Matthew McIntosh’s mammoth theMystery.doc and the stomach-dropping question of why we are alive · The haunted soldiers of David Finkel’s Thank You For Your Service · Elizabeth Hardwick, Oliver Sacks, Rolling Stone, and more: the best-reviewed books of the week
Lit Hub Daily
Share: 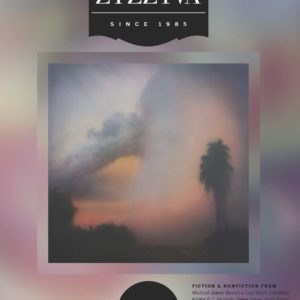 Hanging among SpongeBobs and Poké Balls and Princess Elsas, between a giant Snoopy and a mermaid, you find the piñata of Trump....
© LitHub
Back to top