Like running into a friend on the streets of an unknown town, or meeting a partner’s family for the first time, Kate Tempest’s work offers moments of startling recognition.

Tempest is an artist and writer from South London who, at 31 years old, is impressively prolific: Two collections of poetry. Two studio albums. An epic (in the Renaissance, not frat boy sense) spoken word poem. A novel. Three plays. And before you ask: Yes, they’re all good.

Across this constellation of work she has undertaken a towering and graceful project: to tenderly explore the interior lives of people you rarely meet in literature. Her interconnected characters live in a very specific contemporary place—they represent the local community becoming displaced by the middle classes of gentrifying southeast London in these gray days at the beginning of the 21st century. In telling their stories, Tempest transcends the accepted boundaries of form.

It’s of course true that some great male novelists have characters who connect their work. You can follow Yunior de Las Casas’s exploits through much of Junot Diaz’s writing. David Mitchell’s characters appear and reappear in his novels. Extensive glossaries have been written to help readers navigate the many repeating characters of William Faulkner’s books and his invented Yoknapatawpha county. And there are other musicians have turned to literature, though neither Bob Dylan nor Bruce Springsteen could fully translate their genius into books. (Leonard Cohen fared better.) What makes Tempest’s approach radical is the fluid method of her storytelling: her work is driven by how best to communicate her characters’ internal worlds, not by finding a narrative to fit a genre. In the acknowledgements to her 2016 debut novel The Bricks That Built the Houses, she writes “I began to tell the stories which would lead to this story in my first play Wasted (2012.)” Tempest’s reappearing characters are not a contrivance; her entire project has been a process of developing these characters across and between mediums.

Diving into her varied works over the last couple of months, I have felt a remarkably deep intimacy with her characters, especially while reading The Bricks. The book, which generously explores the pasts of its characters, centers around Becky, a woman named Harry, and her brother Pete: 20-something native South Londoners searching for meaning and connection in their corner of the city. For Harry that means selling cocaine to bankers and saving towards opening a community arts center. Becky works in a cafe and does sex work to support her dream of being a professional dancer. And Pete, with a degree in international relations and no idea how to feel fulfilled in the working world, is striving to get off unemployment benefits.

Each of their lives, in different ways, takes place on the outskirts of conventional society. The trio fall into a love triangle. Their friendships are fiercely loyal, their families complicated. The tedium of their days is punctuated by the nights in which they throw themselves into the arms of the city, bolstered by drugs and alcohol.

Pete, especially, struggles. He is a character who lives predominantly within his own head, and Tempest employs music as a means of exploring his “extensive interior existence.” In The Bricks, his paranoia and obsessive thoughts are established for the reader through an account of how, as a young teenager, he discovered both conspiracy theories and how much he enjoyed smoking very strong weed. “As he got older, he shook himself out of it, but it never left him,” Tempest writes. “He couldn’t help it, everything he learned he learned through the filter of those heavy, scary, endless stories.”

In The Bricks, our understanding of Pete is accomplished through linear, effective character development. But if you listen to Tempest’s album Everybody Down, you can also hear those obsessive thoughts rattling around in Pete’s head. In the track Stink, Tempest raps the tale of Pete and Becky’s failing love over a throbbing and staccato mashup of electronica. The song gathers pace to a dark hook: “He was thinking: If I love you like I say, I would not treat you this way, if I love you like I think, I would not make such a stink.” The song circles round and round, with rhymes and repeated words spoken in sharp, urgent vocals, the beat echoing and repeating, the same fears returned to again and again. It is an incredibly intimate way of communicating emotional distress, a visceral soundscape forcing the listener inside of Pete’s experience of jealousy.

Another track, on Tempest’s 2016 album Let Them Eat Chaos, follows Pete into a club. Whoops is an affectionate ode to the escape of pills and dance music: Pete is “double-dropping in the vast ocean” of a club. Over the course of Bricks, Tempest draws out the impact of Pete’s compulsive drug use—the comedowns, the mood swings, the piercing headaches. But in Whoops, we experience the upside. Over an infectious beat, the track draws you into the joy of heading out into the night not knowing where you’ll end up, of making best friends with strangers, of chasing the breathtaking upward swoop of ecstasy.

So when I later came to read the novel, and the scene in which Pete shouts abuse at Becky after she’s danced in a show, (“You’re swanning off to hotels in the middle of the night to wank off strangers, just so you can prance around at the back of the stage,”), Tempest had already given me a clear understanding of where his pain and anger came from. In doing so, she created a deeply flawed character who was also deeply relatable—more so than he would have been through the book alone.

Ancillary characters in Bricks become the central focus of other Tempest works. Take Gloria, Becky’s best friend since forever. In the final scene of the novel, Becky has returned to London after months away, and Gloria catches her up on what she’s missed. She tells Becky there was trouble with some guys in a pub she works at:

“You fought them off?”

“Jesus.” Becky shakes her head. They stand in silence for a moment.

“With a bottle,” she says, smoothing her hair down.

“A fucking bottle?” Becky is horrified.

The scene effectively pulls Becky back into the tedium and sudden instability of life in southeast London, and that is where the novel leaves her. Gloria doesn’t give us any more detail, letting the incident hang in the air and terrifying Becky with her calm proximity to violence.

Reading the novel, though, I knew the details Becky didn’t: this incident plays out in fiery run-on sentences in Tempest’s spoken word poem Brave New Ancients. I knew that the men had sought her out and tried to rape her, one still smarting from her teenage rejection of him. I knew that she “swung the bottle in his face / and he just grinned while it hit him / though he bled like something bit him.” I knew that her boyfriend burst into the pub to see that “Glory burned brighter than any one of Zeus’s daughters, / the fight in her eyes was inspiring.” I knew it was a triumphant tableau, one of the climaxes of Tempest’s poetic motif that gods live among us, struggle among us, succeed among us. And knowing that, I understood the power present in the Bricks scene and in Gloria’s calm.

Across her body of work, Tempest leverages various genres to assert the dignity as well as the hardships of her characters’ experiences. “We all have these huge, extensive interior existences which are beautiful and multilayered,” she told the National Post last year. “I wish there was a more direct way of letting people into that world. I suppose that’s what poetry and music and literature are for.”

This more direct way of letting people in that Tempest is talking about shares much with the concept of “radical empathy.” In these “now more than ever” times, with no one wanting to take up responsibility for America’s deep divisions, everyone wants to feel that they, at least, have compassion. Enter the concept of “radical empathy,” which has been attached to so much consumable media in the last couple of years that it seems to have been drained of meaning. Watching Master of None or Buffy the Vampire Slayer, reading Laurie Penny or Colum McCann and trying out any number of self-improvement exercises, can, apparently bring you into contact with radical empathy.

In most of these instances, the phrase radical empathy is really used to mean the exercise of basic human decency: recognizing that other people have different experiences from your own and trying to understand what those experiences might feel like. Far out, my dudes. And sometimes, the celebration of radical empathy seems to actually emphasize polemics, rather than transcend them. Take a New York Magazine cover from December last year, in which the story was announced as “an experiment in radical empathy”: “Can 16 strangers—some who say guns saved their lives, others who lost their children to bullets—find any sort of common ground?” The experiment, it turns out, was human beings talking to each other as human beings.

But Tempest’s work proves that “radical empathy” doesn’t have to be a buzzword or a trend. Instead, it’s something that has existed forever in literature and music—and especially at their intersection. When an author turns character development into an immersive emotional experience and elevates that to the core of their creative process, empathizing with another interior life comes easily. Tempest sings this message eloquently in Picture a Vacuum: “In your body, you’re feeling / You want to be close to them, closer / ‘Cause these are your species, your kindred.”

Eleanor Stanford is a writer and editor raised in England and now living in Brooklyn, with a stop in Paris along the way. Her work looks at culture in all its forms and has been published by The New York Times and The Independent, among others. 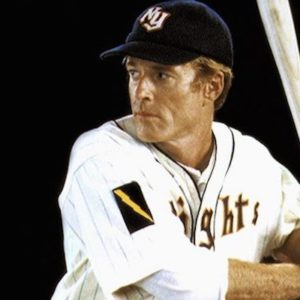 As a child, I was an insomniac. Sometimes my asthma kept me from sleep, and I’d wait upright in bed for my medicine...
© LitHub
Back to top