The author of Far from the Tree on family, Joni Mitchell, and writer's block

Robin Benway’s Far from the Tree (HarperTeen / HarperCollins Publishers) is a finalist for the 2017 National Book Award in Young People’s Literature. The novel asks questions about the nature of family—how we make it, how it makes us—with the story of three biological siblings placed in different adoptive homes who finally meet and try to build something new. Literary Hub asked Robin a few questions about her book, life as a writer, and how it feels to be a finalist. 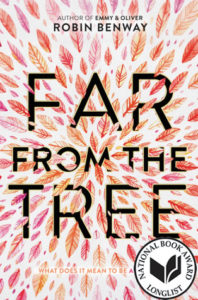 I technically read Homegoing by Yaa Gyasi last year, but I still think about it every single day. It was one of the most impactful pieces of literature that I’ve ever read and I haven’t been able to shake the characters quite yet. It’s the book I recommend to everyone.

My dog, Hudson, because those answers are always easy. He’s a rescue shih tzu with a superior attitude and a weird little snore. He also gets very jealous when I’m on deadline.

My mom! I could barely get the words out, I was shaking so bad. I just kept saying, “Mom… Mom…” I’m sure she thought something was terribly wrong at first.

I’m very much a 9 to 5 writer. It’s hard for me to work early in the morning or later in the evening, even when I’m on deadline.

Go for walks and listen to music. There’s a lake near my house with a walking path around it, so I’ll make an epic playlist and walk to distract myself. More often than not, that helps to undo the writer’s block. Also, just the physical act of typing helps a bit. Even if I’m typing, “I have no idea what I’m doing, this is terrible, these characters are a disaster,” there’s something about the movement that helps to unravel my writer brain.

I could think of ten albums to name here, but the top three are Neko Case’s Middle Cyclone, Joni Mitchell’s Blue, and REM’s Automatic For the People. All three of those immediately transport me to very specific times in my life. I can still see the view out of the West Village apartment window when I heard Blue for the first time. It was magical.

There are so many books about families, variously assembled—and yet we never stop loving them. Why is the family such a perennial subject for compelling fiction?

I think families are fascinating because even though the themes and feelings are universal, the subjects and stories are always different. You also can’t escape your family. You can end friendships or romantic relationships, but even if you stop speaking to your family, they’re a fundamental part of who you are. How does a character grow and change while still having ties to the past? It’s a question everyone faces in their lives, but especially during the teenage years, and that’s one of my favorite parts of writing young adult fiction. 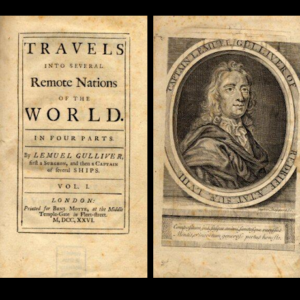 Marilynne Robinson on the value of the humanities, “those aptly named disciplines that make us consider what...
© LitHub
Back to top
Loading Comments...