TODAY: In 1967, Norman Mailer is arrested along with 650 other for civil disobedience during the National Mobilization Committee to End the War in Vietnam March on The Pentagon.

The definitive way to organize your books: An illustrated guide · David Yaffe on his 12-hour lunch date with Joni Mitchell · Lidia Yuknavitch on fitting in with misfits, from Ken Kesey to Melissa Febos · I’m quite against a sentimental vision of childhood: An interview with Phillip Pullman · Scary literary fiction for people who hate horror, from Kindred to A Little Life · Moby-Dick and 4 other books that Ray Bradbury loved · The brutalities of the past are all around us: On the work of Octavia Butler · What does life teach you about becoming a writer? David Biespiel on love affairs, family memories, and the body · On the dangers of romanticizing gentrification in your novel · 14 classic works of literature hated by famous authors
This week on Book Marks:
42 on 18: Bill Clinton reviews Ron Chernow’s biography of Ulysses S. Grant · A precision which delights the reader: Sir Walter Scott’s 1815 review of Jane Austen’s Emma · Book critic Heller McAlpin on Lolita, Pushkin, and gut reactions vs. thoughtful analysis · In the wake of his Man Booker Prize win, we look back at a 1996 review of George Saunders’ debut collection · John Boyne calls Roddy Doyle’s Smile his darkest and finest work in 20 years · The first major novel of WWII: on Hemingway’s For Whom the Bell Tolls · Wartime code-breakers, teenage witches, and brain surgeons, and more: The best-reviewed books of the week
Lit Hub Daily
Share:

Poetry From Honduras' Our Little Roses Home for Girls 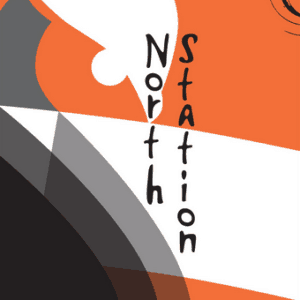 I liked to talk about dreams. For lovers, Freud was a gypsy of romance and sensual desire, part fortune-teller, part lute-carrying...
© LitHub
Back to top