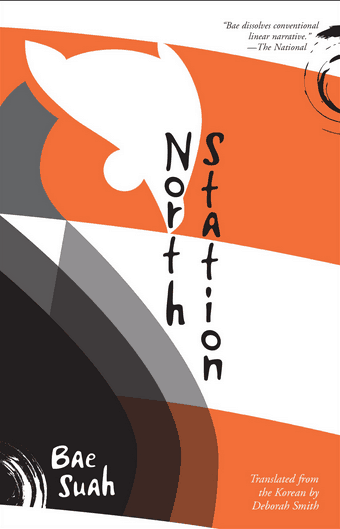 The following is from Bae Suah’s collection, North Station. Emotionally haunting, intellectually stimulating, the seven stories in North Station represent the range and power of Bae Suah’s distinctive voice and style, which delights in digressions, multiple storylines, and sudden ruptures of societal norms. Bae Suah is one of the most highly acclaimed contemporary Korean authors. Her novel Nowhere to Be Found was longlisted for the PEN Translation Prize.

I liked to talk about dreams. For lovers, Freud was a gypsy of romance and sensual desire, part fortune-teller, part lute-carrying poet, and the manufacturer of a wonder drug. At some time or other, I told you about the beautiful yellow bird I held in my hand. The sense of a being delicate as a spider’s web, suggested by the heat from its fierce warm breast, its slender weak toes and the soft down on its skin. About the wingbeats that had seemed shockingly strong in spite of such delicacy, the feel of its muscles tense and tremble beneath the skin, the ruddy memory of its chest suddenly springing up at that smallish yet explosive wriggling. At that, you pronounced my dream both enjoyable and extremely well behaved. I didn’t know the reasons for your conclusion. I wasn’t a student of Freud like you. But I could guess that the reason you found it enjoyable wasn’t because of what Freud himself had taught. You dismissed such provisional explanations, given purely for the sake of carnal intimations, as “Freudian versification.” Imaginary poetry that looks forward to a time overflowing with amusements.

Believing (incorrectly) that I had grown sad and left, you found yourself all alone. You must have been hungry—it having grown quite late by then—and might have gone to a restaurant, even without a companion. There were plenty of places lining the square, as in the small streets that radiated out from it. The kind of place, in other words, that people felt was highly suitable for evening dates, especially fashionable Friday evening ones. After peering inside several of the restaurants, I quickly realized that I had miscalculated—you would never have chosen to eat alone amid such a cheerful clamor. The square was a place for what is commonly called “going out.” The parties and pairs clustered at each table all had smiling faces and cheeks slightly flushed. There were no tables with single occupants. My search so far had been in vain, and it was clear that someone with your firm sense of self-respect wouldn’t be drifting around like a loner. I gave up on the restaurants, but couldn’t think where to try next. I saw the lights of a taxi rank—you must have taken one. And left. I’ve experienced the emotion of love twice in the time that I’ve known you. The first time is long past, the second is still ongoing. Both times it happened with writers, and both times I fell in love with them without ever having met them in person. Though you yourself were somewhat acquainted with the first of the writers. To be precise, you told me that your acquaintance had only lasted for a brief while, a very long time ago, but now and then you would make a vague plan to go and see him again. Using this as a pretext, we put together a fairly concrete plan for the two of us to visit that first writer. He lived far away, and though we managed to obtain his address and get an appointment with him, we weren’t sure whether the trip would require a passport or visa. Only once we’d gone to the harbor to catch the ferry were we told that a passport was necessary. I had mine in my handbag, but you’d left yours at home. We watched the ferry depart without us.

After that, I would sometimes dream of going to meet the first writer. You told me that, a very long time ago, you’d traveled to that city, the city where the first writer was now living. You said that the tolling of a distant bell was audible in the ruins at the heart of the city, a place so little-frequented that even the shadows of passersby were rarely seen. It had been a curious experience. You were sitting halfway up a tall flight of crumbling stairs, and the wind blowing in through the gaps in the ruined stone walls carried with it the sound of the bell. But as for the creaking of a nearby window-frame, or the scrape of carriage wheels over paving stones, there was nothing. Ah, this was still a little while before such typical tourist things had appeared in that city. Might the whispering of lovers on the other side of the wall, blending creole and patois in their speech, have sounded to you like the ringing of a bell? But that is merely conjecture, with only the faint possibility of truth.

You once asked me to write about my dream. Not just an off-hand mention of a certain scene, but to describe the whole thing in as much detail as possible, and send it to you. I said nothing at the time, but privately decided not to. It would be comparatively easy to write about only one particular scene, or one aspect of the dream that had made a strong impression. But recording it in its entirety from beginning to end—if dreams can be said to have beginnings and ends—was another matter entirely. Not only had the dream lacked a sequential plot, but its story was not a rational one, it didn’t fit with consistent logic. I was unable to judge precisely where it had started or come to a close. No, I was unable to remember. A dream, once dreamt, is soon forgotten. The lifespan of the dream, still vividly remembered when I woke up in the middle of the night, was not all that long. On touching the surface of consciousness, the mosaic of the dream rapidly oxidized and crumbled away, and my mind filled in the blank spaces with colored tiles of its own invention. The dreams I can still recall at least in part are, without exception, the ones that I recounted to you. Through the telling, those dreams found a foothold in my consciousness. But in doing so, the dream would have inevitably altered, becoming tainted with deliberate contrivance. The dream degenerated into that which was not a dream. It was impossible to tell whether it was a dream or something imagined while sleeping. And more than anything else, my own belief is that there are many cases in which dreams are fundamentally void. For the most part, what appears in dreams are no more than relics, imagined or recalled by the eyes of day, presented at random without relation to either time or will. And so, dreams can be neither a divine revelation nor a prophecy. The dream says nothing about me, no more than it does about you. It bears as little relation to reality as the fortune inside a fortune cookie. Even if you believe what the dream seems to show, that doesn’t alter the fact of its nullity. And so, even if I were to spy on myself, record the entirety of my dream and send it to you, ready and willing to disclose myself, such a record would clearly lack the ability to disclose or betray anything of this self. You strongly opposed my belief in the nullity of dreams. Since when have dreams been nothing? That’s evidently not true. Hints and paradoxes, caves and reptiles, never mind what you call it, they clearly have some kind of psychological meaning. To interpret a dream, you need more than the dream itself, more than a mere process of mechanical unraveling; rather, you need the counseling process, in which the concerned party and the interpreter collaborate. People who declare that dreams are nothing simply do not want to believe them, or are frightened of doing so.

In my opinion, it’s more appropriate to say that whatever psychological meaning a dream has is more to do with the one who interprets it than the one who dreamt it. And so, interpreting a dream rather than disclosing one would be the more effective way to disclose oneself. Only some time later did I come to understand that, by treating dreams as an amusing pastime, you were largely aiming to provoke. You might also have fostered that light, benign atmosphere as a way of setting me at ease, so that I wouldn’t be afraid to disclose my dream. Wanting, as you did, for me to put it down in the form of an essay, as a full and coherent literary composition rather than some series of fragments.

The dream was nothing, but at the same time it was also me. Because the dream was my fabrication, my lie. I was aware of that fact and did not conceal it from you. Even while recounting the dream just as it had unfolded, I believed I had prepared an escape route by continually suggesting that it was all a lie, broken free from the control of self-consciousness.

There is a dream, one that ceaselessly recurs for me, a dream related to water and snakes.

But to hew to my theory, that dream’s hidden psychology would necessarily lack any concrete connection to either water or snakes. Water or snakes would just be chance symbols, improvised keys that fit no lock. And so, any attempt to attach ourselves to the figures of the dream, to the faces within it, would be like trying to open a door with the wrong key.

A newspaper ran an interview with my second writer. You sent it to me in the mail. The envelope contained page 17 of the newspaper—plus page 18, inevitably, printed on the rear side—the entirety of which was devoted to the interview, and which you had torn out as a full page and folded into a square. You hadn’t enclosed a note, as far as I could see, or even jotted something down on the newspaper itself.

From North Station. Used with permission of Open Letter. Copyright © 2017 by Bae Suah. 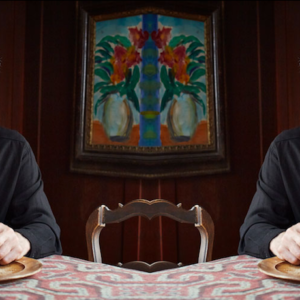 Lit Hub Daily: October 20, 2017 On the 50th anniversary of the seminal antiwar protests at the Pentagon, a look back at how Vietnam changed America:...
© LitHub
Back to top