TODAY: In 1859, Charles Darwin’s On the Origin of Species is published.

Before the Neapolitan novels, there was Sula—so why was only one of these an international phenomenon? • On socially responsible writing in a time of unmitigated disaster • “Pain can be as ineffable and mysterious and internal as love.” Alethea Black, Michele Lent Hirsch, Sonya Huber, Abby Norman, Julie Rehmeyer, and Esme Weijun Wang on what it means to write about women’s pain, part one and part two • Lara Vapnyar on the manufactured “sex-appeal” of Vladimir Putin • Hair of the dog, ash of the scorpion, and not-vulgar sex: a tour of hangover cures through the ages • Mikita Brottman on the ripple effect of death in a hotel • “Addiction of that kind was written off as an affliction of others.” When a nationwide killer hits close to home • From Sadie the Goat to The Great Sandwina, eight pugnacious women outlaws who defied the Victorian era • “Obtaining the cannabis may present certain difficulties.” Alice B. Toklas’ hash brownies recipe is the Thanksgiving miracle we all need • The woman (and the story) behind Degas’ Little Dancer • “I am a better writer because of what patrons have taught me.” Kristen Arnett gives thanks for the virtues she has acquired as a librarian • Grief and recovery in Thousand Oaks: Liska Jacobs on her hometown’s navigation of dual tragedies • Dismissing inclusive children’s books as “too political” does a disservice to all kids • Where are the elderly lovers in literature? Susan Gubar on desire and longing later in life • Omise’eke Tinsley on Beyoncé, sexual politics, and moving beyond slut-shaming • Revisiting the genius of Middlemarch • A brief history of schadenfreude • And some feel good literary content to see you through the long weekend: beautiful early dust jackets of iconic books

The first reviews of every Margaret Atwood novel: featuring Ursula K. Le Guin, Salman Rushdie, Lorrie Moore, John Updike, Mary McCarthy, and more • The War Before the War author Andrew Delbanco talks about five classic American novels that he enjoys teaching, from Moby-Dick to Native Son • This week in Secrets of the Book Critics: Tajja Isen on loving The Corrections and bringing care to the books you eviscerate • Insomniacs, atomic bombs, and rock and roll murders all feature among the Book Reviews You Need to Read This Week

Molly Macrae looks at 8 of the best crime stories featuring independent bookstores, in celebration of Small Business Saturday • Which thriller should you binge watch over the long holiday weekend? The CrimeReads editors break down all the best new candidates • So, you want to self-publish a book, but how? From fixing plot points, to targeting audiences, Libby Fischer Hellmann has the skinny on the self-publishing gauntlet •  Martin Osterdahl recommends five crime novels that prove Scandinavian crime fiction is more than just procedurals • David Carlson on reliquary theft, foggy streets, and other reasons to set your crime novel in Venice • David Kimmel on discovering a crime in the family, 150 years after the fact • Now that Tom Cruise is out, who will be the next Jack Reacher? Here’s a list of actors tall enough to do justice to Lee Child’s creation • Colleen Coble on ice volcanoes, riptides, and other ways that Lake Superior can kill you • “Even the best have to start somewhere.” H. B. Lyle on the origins of the British secret service 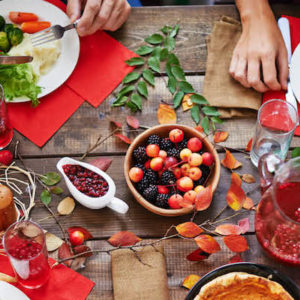 Thanksgiving The only year I don’t remember the turkey was the year I first dined with the man I would marry. Blessed...
© LitHub
Back to top