A Poem by Aimee Nezhukumatathil

I would marry. Blessed be the bowl
of sweet potatoes, mallow melted

in a pool of swirly cream. Blessed be no
seating assignments so I could sit

next to him. Around the table: a physicist,
an engineer, a philosopher, another poet,

a harpist. There were others too, but
I don’t remember what weepy thanks

was offered, what linens, and whether
the china was rimmed with a neat print

of ivy or gold. But I’ve committed the soap
and clean blade of his neck to memory.

I know the folds of his oxford, a bit
wrinkled from a long drive. During dinner,

the physicist said A cricket won’t burn
if it is thrown into a fire. Everyone laughed.

Some wanted to find a cricket to see
if it was really true. But this man—the man

I married—he grew quiet. Concerned. He’s the kind
of guy who would’ve fished the cricket out of the flame.

Aimee Nezhukumatathil is the author of World of Wonders, an illustrated essay collection published by Milkweed Editions in September 2020, as well as of four books of poetry, including, most recently, Oceanic, winner of the Mississippi Institute of Arts and Letters Award. Other awards for her writing include fellowships and grants from the Guggenheim Foundation, National Endowment for the Arts, Mississippi Arts Council, and MacDowell. Her writing appears in Poetry, the New York Times Magazine, ESPN, and Tin House. She serves as poetry faculty for the Writing Workshops in Greece and is professor of English and Creative Writing in the University of Mississippi’s MFA program.
Share: 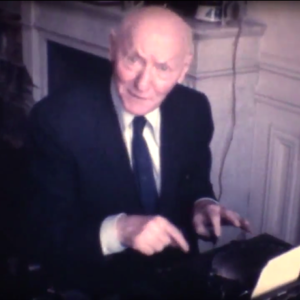