From McCarthy to Bolaño, 9 of the most violent works of literature • Rumaan Alam doesn’t believe in writer’s block (but does believe in Joanna Newsom) • Writers of the Zodiac: Meet some revolutionary Taureans, from Marx to Malcolm X • When a YA writer reinvents herself: Francesca Lia Block is so much more than Weetzie Bat •How an unexpected Christmas gift gave Harper Lee the time to write To Kill a Mockingbird • A brief history of recent seven-figure book advances • Fairy tale desire: The things I learned from Snow White • For Viv Albertine, honesty is as punk as it gets • Read from Tommy Pico’s book-length poem, Junk • Dear Book Therapist: What do I read when the worst has happened? • From New York to Copenhagen, the 12 most popular libraries in the world • Lara Feigel reads

Doris Lessing and considers the “free woman” during a summer of too many weddings • On labor and loyalty, and how a father’s strike nearly broke a town in two • Simon Winchester: how my father introduced me to precision engineering • Rebecca Solnit on skipping high school and California culture • In honor of Mother’s Day: 22 photos of famous authors and their moms • “What if you get pregnant? Would you be okay with that?” Read from Sheila Heti’s new novel, Motherhood • On the fear, responsibility, and boredom of motherhood • Transcendent compositions: TANAÏS on making perfume and writing fiction

What do Margaret Atwood, John Irving, Edna O’Brien, and Roxane Gay have in common? They’re all featured in our roundup of the first reviews of every Toni Morrison novel • In the first installment of a brand new series, legendary travel author Paul Theroux suggests 5 books to take on the road • National Book Critics Circle board member Anjali Enjeti talks about Rabindranath Tagore’s poetry and Porochista Khakpour’s fearless criticism • Hanif Abdurraqib on Zora Neale Hurston’s posthumously published Barracoon, Jia Tolentino on Melissa Broder’s The Pisces, and more Book Reviews You Need to Read This Week • A dark WWII fairytale from Michael Ondaatje, a tender true crime tale, a rediscovered slave narrative, and more all feature among our Best Reviewed Books of the Week

From gothic suspense to globetrotting spies, 9 debut crime novels to discover this spring • 10 mysteries that strike the perfect balance of story and history • 10 psychological thrillers that explore the fears and ambivalences of motherhood • Otto Penzler charts the long, tortured history of the hard-boiled novel • A journey through the world of police procedurals, from Georges Simenon, to Michael Connelly, to Louise Penny • May 3, 1960: the day the world discovered America’s spy program • Celebrating noir’s greatest outsiders, from Parker to Gravedigger Jones • Araminta Hall on silenced women, the psychological thriller, and subverting the male gaze • Alex Segura provides a tour of Miami noir, from Carl Hiaasen to Carolina Garcia-Aguilera • From Psycho to Idaho, 8 of crime fiction’s most terrifying mothers

How to Tell Your Family That You're Writing a Memoir 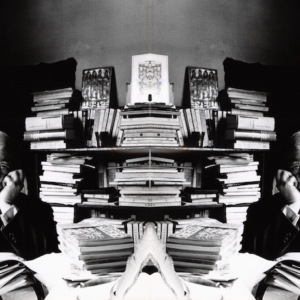 Happy Mother's Day! Here are 22 photos of famous authors and their moms. | Lit Hub "What if you get pregnant? Would...
© LitHub
Back to top