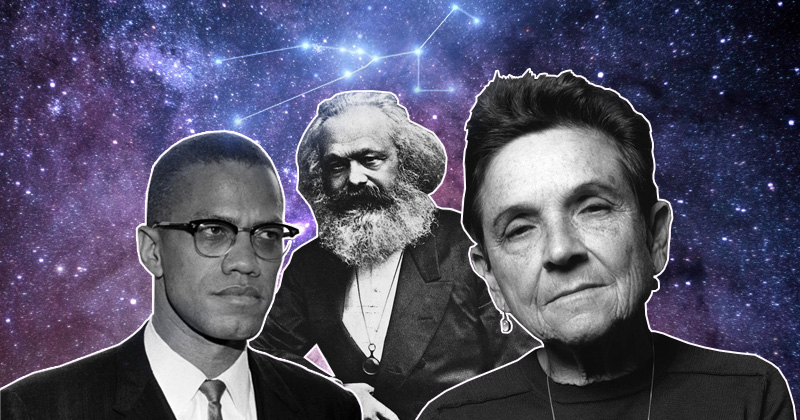 From Charlotte Brontë and Nabokov to Karl Marx and Malcolm X

Pop astrology tells us those ruled by Taurus are stubborn, materialistic, and gluttonous. Astrological and mythological sources do, in some ways, support these claims, and versions of those qualities are inevitably present in the works of Taurus writers.

Ruled by hedonistic, romantic Venus and associated with the element Earth, they are known for delighting in simple, worldly pleasures. The constellation is seen to represent Zeus in the form of a beautiful white ox, a disguise he magically invented to spy on his crush, Europa, while she was out at the beach chilling with the girls. They decorated him with flowers, impressed by the creature’s gentleness, before Zeus abducted Europa and rushed her to Crete. The constellation’s legend speaks to Taurus’s predisposition for romantic conquest, as does its ruling planet, Venus.

If the first sign of the zodiac cycle, Aries, is about the individual, then the second represents all things closest to them, valued possessions, self-esteem, and personal ethics included. A fixed modality (signs falling in the middle of the season, associated with sustenance and stability) influences Taurus’s infamous stubborn reputation; once they have their righteous mind set, there is no way to change it. Add Venus to the mix, and Taurus is of the most faithful signs.

19th-century novelist and playwright Honoré de Balzac (May 20, 1799) wrote extensively on the topic of the social value of marriage (among many other super Taurus-y things, like how to dress elegantly in Treatsie on Elegant Living, 1830—hint: it requires wealth and status, as “clothes are the expression of society.”) Balzac’s The Physiology of Marriage: Or the Musings of an Eclectic Philosopher on the Happiness and Unhappiness of Married Life (1829) measures a spousal relationship’s worth, using flowery language and imagery to describe how romantic love is checked by economic and social standards—a sassy read on the institution of marriage that predates Foucault by a century. Although the author did end up marrying his life partner, he believed that the “laws of love” link two humans with more power than “human laws.”

The subject of Physiology of Marriage is reminiscent of the conflict in Jane Eyre (1847) by Charlotte Brontë (April 21, 1816): Jane must navigate tension between her passions, her independence, and what is morally just. She refuses to pursue her reciprocated crush, Mr. Rochester, not because he is *spoiler alert* rumored to be marrying someone else (and legally married to a woman he keeps locked away in his attic), but because he is of different economic class. They end up getting married, coincidentally after she inherits a lot of money. Stability is key. Taurus values pleasure, but values value more.

Taureans typically gravitate towards social values and romance, but they also have a penchant for all things beautiful, and this—along with their musical tendencies—manifests in wordplay and poetic artistry. Vladimir Nabokov (April 22, 1899) is famed for his lyricism. Take, for instance, the most-repeated passage of Lolita (1985):

Lolita, light of my life, fire of my loins. My sin, my soul. Lo-lee-ta: the tip of the tongue taking a trip of three steps down the palate to tap, at three, on the teeth. Lo. Lee. Ta.

Arguably the most Taurus words ever written. William Shakespeare’s birthday (and death day) is estimated to be around one day after Nabokov’s, in April 1564. Mastering iambic pentameter and creating over 1,700 English words seems to be the perfect legacy for a brilliant Taurus.

“For a Taurus, hedonism is practiced with graceful self-discipline— if they are in bed for 16 hours a day, work constitutes the remaining few hours.”

For a Taurus, hedonism is practiced with graceful self-discipline—if they are in bed for 16 hours a day, work constitutes the remaining few hours, or they have cleverly found a way to rest and work at the same time, making their jobs look easy when they’ve actually been slowly progressing for a lifetime, like a cow peacefully grazing in a spring meadow. Taureans are the type of people who make careers out of hobbies, creating space for pleasure in every minute of the day while dedicating themselves to earning their luxuries.

The most celebrated literary work of Alice B. Toklas (April 30, 1877) is her cookbook freckled with anecdotes, The Alice B. Toklas Cook Book (1954), which holds the most famous hashish fudge recipe in popular culture. Toklas’s career is Taurean by nature: a loyal confidante to her partner, Gertrude Stein, and a cook who turned her passion into art. Gluttony is just one limb of Taurean indulgence.

Reputably argumentative, Taureans seek to find the objective value of things, and the preferred way for a Taurus to go about the task is through debate. Taurus rules the throat, making it one of the most expressive signs. This culminates in an unwavering, persistent expression of what the Taurus deems right. Although Venus is best known for symbolizing love and relationships, it also rules values and money. With all this in mind, it should be no surprise that Karl Marx’s (May 5, 1818) natal Moon, Sun, and Venus placements are all in Taurus! These placements make perfect sense for Marx, whose entire philosophy and life work sought to determine the true material value of labor.

As an earth sign, Taurus’s ideas are grounded in reality. Although their values are apparently influenced by traditional social mores, some of the most powerful revolutionary thinkers have been born under a Taurus sun: Malcolm X (May 19, 1925), Adrienne Rich (May 16, 1929), and Marx, to name a few. Other placements in a Taurus native’s birth chart could influence them to be more progressive. Marx was a rising Aquarius, and that Uranian influence gifted him with a revolutionary disposition. Malcolm X’s midheaven—one of the most important angles in the birth chart, indicating career, aim in life, and, public reputation—was in Libra, the sign associated with justice, which he was determined to procure “by any means necessary,” reinforced the immense willpower of a Taurus. Rich—the writer who coined “compulsory heterosexuality” and the “lesbian continuum” in her 1980 essay “Compulsory Heterosexuality and Lesbian Existence,” terms that academic feminists use to criticize the way patriarchy influences female relationships—had a natal Libra ascendant.

Literary history proves Taurus is more than some stubborn ox who gets really loud when they’ve had too much to drink. Taureans surpass pop-astrology stereotypes of being workaholic homebodies with refined wardrobes and casseroles in the oven; they are revolutionary leaders, lovers, poets, and artists who make the world a wonderfully beautiful place.

Francesca Lia Block is a Lot More than Weetzie Bat 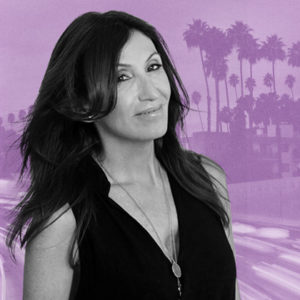 Francesca Lia Block is a Lot More than Weetzie Bat

I can’t help myself: I dress up to go see her. It’s 9 am on a Thursday morning when I leave my house, 50-some degrees...
© LitHub
Back to top