What would Anton Chekhov think of Vladimir Putin? Boris Fishman has some ideas • In praise of “plain heroines.” Why Katherine Chen loves Mary Bennett most of all • What language do I think in? Do I write in? Arundhati Roy on the politics of language and translation in India • “What is there to say of the end? It was as I had imagined, but worse, because it was real.” What it is to love an old dog • Saving art from the Soviet regime: at a secret museum in the Uzbek desert • As the world burns, what future is there for America’s desert cities? (The high in Phoenix today will be 114 degrees) • Is autofiction a dirty word? Edy Poppy talks to Siri Hustvedt about love, sex, and boredom • For Fiction/Non/Fiction, Alice Bolin and Kristen Martin talk about the problem with dead girl stories. With Whitney Terrell and V.V. Ganeshananthan • Dear grammar purists: your word snobbery is based on an intellectual Ponzi scheme • From Aldous Huxley’s work on Pride and Prejudice to Dunne-Didion-Dunne, 13 literary writers who’ve adapted the books of others for the screen • “I frequently find myself questioning the very base of what I do.” An English teacher comes to terms with the question: What is literature, anyway? • Which came first, the color or the fruit? On the unlikely etymology of the word “orange” • When it comes to writing, there is such a thing as talent: Elizabeth Hardwick telling it like it is • “Black Canadians do not actually come from outer space.” David Chariandy on Drake, Austin Clarke and an unsung outpost of the Caribbean diaspora

To mark what would have been the 130th birthday of the patron saint of Los Angeles noir, we took a look back at the first reviews of every Raymond Chandler novel • The author of Immigrant, Montana, Amitava Kumar, shared his list of five books about finding love • This week in Secrets of the Book Critics: New Republic culture writer Josephine Livingstone on The Canterbury Tales, Ismail Kadare, and literary subtweeting • Philip Marlowe in Mexico, Sean Spicer the gaslighter, guerrilla war on prudery, and more of the Book Reviews You Need to Read This Week • A vanished boyfriend, the conservative conquest of Wisconsin, and the tragedy of Altamont all feature among the Best Reviewed Books of the Week 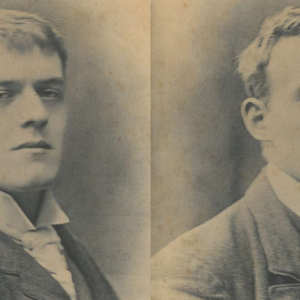 When it comes to writing, there is such a thing as talent: Elizabeth Hardwick telling it like it is. | Lit Hub ...
© LitHub
Back to top