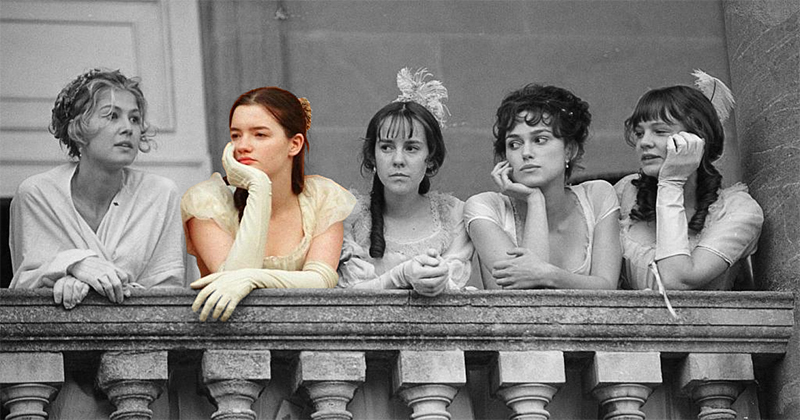 In Praise of “Plain” Heroines: Why Mary is my Favorite Bennet Sister

She May Be Bookish, But She's Not Quiet

I was seven years old when I heard my mother say, with a glance at me, “She’ll never be a beauty, but she has good character. That definitely counts for something.”

At 12, sitting cross-legged in the gymnasium beside my classmates, a boy behind me whispered, “Look at her. How can you put up with being so ugly?” I glanced over my shoulder and caught the eye of his friend. Turning red, the second boy shushed the first: “Oh my God, I think she heard you.”

For my 25th birthday, my mother and I had dinner at a Chinese restaurant we used to visit on special occasions. The waiter couldn’t resist giving me some advice, which I’ll translate for you from Mandarin to English: “You can get fat and look as bad as you want to after you get married. When you haven’t found a husband yet, you should be skinny. Get fat after. Be skinny and beautiful first. Trust me!”

I hadn’t even hit puberty when I stumbled upon Pride and Prejudice for the first time. Unlike Martin Amis, I didn’t spend an hour with the book, then ask, “I’ve got to know: does Elizabeth marry Darcy?” Of course she does! It was the natural order of things, and I didn’t require a scientific law or an adult to explain it to me. Nothing made more sense than that Mr. Darcy, tall, handsome, intelligent, and rich, should end up with Lizzy Bennet, gorgeous, outgoing, and witty. I fell in love with the book, and from that point on, Pride and Prejudice became a constant in my life. I still remember the day I made two boys take turns reading Mr. Darcy’s marriage proposal speech to me in the storeroom of my high school library. (It’s undeniably sexy, even when the male in front of you bears only the most basic anatomical similarity to Colin Firth.)

But fantasies aside, the law which dictated that Lizzy and Darcy should get together had a dark flipside I had long accepted in my own life, perhaps without even realizing it: the ugly girl doesn’t get her Darcy. So, I avoided hurt whenever I could. I skipped school dances. I spent every single lunch in solitude, reading Shakespearean sonnets without knowing the first thing about real-life romance. I lived by the rule that if a guy talked to me, he either wanted to copy my homework or ask for directions or . . . copy my homework.

Out of necessity, I grew stronger and less weepy over time. I learned to talk back to my mother when she criticized me unfairly, and flip the bird at men and their obscenities. Yet I still found myself returning time and again to Austen, finding comfort—or was it self-flagellation?—in Lizzy and Darcy’s romance. But then, one day, something changed. I was twenty-five, happier and more confident than I’d ever been before. I flipped open my well-worn copy of Pride and Prejudice, and just like that, the marriage plot no longer did it for me. Out of the book’s neglected corners, a different character caught my eye, suddenly more interesting to me than all the beautiful Bennet women combined.

It was none other than Mary Bennet, the sole unattractive member of her family. Mary is the middle sister; she’s serious, preachy, a predestined spinster. She loves reading, and playing piano, even though she isn’t very good at it. Austen only gives Mary 12 lines of dialogue, and later revealed in a letter that, in the end, Mary “obtained nothing higher than one of her Uncle Philips’s clerks” for a husband. Ouch. In real life, Mary, plain and unaccomplished, would undoubtedly be just as overlooked and underestimated.

“Out of necessity, I grew stronger and less weepy over time. I learned to talk back to my mother when she criticized me unfairly, and flip the bird at men and their obscenities.”

Austen offers us Mary to laugh at, but I began to see something more in the middle sister: a crystallized reflection of my own sometimes inadequate intelligence (“Mary wished to say something very sensible but knew not how”), my feigned indifference to loneliness (“[Social gatherings] would doubtless be congenial with the generality of female minds. But I confess they would have no charms for me. I should infinitely prefer a book,” expostulates Mary). And the more I observed Mary, the more I began to see clues to her true personality. She may be bookish, but she’s certainly not quiet. She displays her questionable musical prowess in front of a snobbish audience, regardless of having received no formal training in her life. In the one instance in which she contemplates marriage in the novel, she clearly considers herself superior—not submissive—to her imagined partner (Mr. Collins) and begins strategizing ways in which to improve him.

Mary, in other words, is quite bold, and this raised, for me, a number of interesting questions: Was Mary’s priggishness simply an armor for her true desires? Were her efforts at self-improvement a yearning for more than her station and era could easily offer her? Could Mary Bennet, in actuality, be considered the bravest, most self-assured, and most independent of her sisters? Pride and Prejudice tends to throw women in two black-and-white categories: wives and spinsters. But with her outspokenness and her desire for “knowledge and accomplishments,”  Mary seems the most well placed to break the suffocating confines of the traditional marriage plot. Ironically, with everything going against her, she is also the most likely of anyone to defy expectations and, ultimately, to surprise.

It is no accident that as I grew more comfortable in my own skin, I began to drift away from the bright eyes of Lizzy Bennet and into the bony, awkward arms of Mary. It is the equivalent of putting down a Barbie and finding, to your delight, that you have much more in common with Gloria Steinem. Mary is my kindred spirit. If she were alive, we would get matching tattoos and drink wine, a lot of wine, all by ourselves. Strangers would give us side eyes, and we would wiggle our tongues back at them. We’d poke fun at Lizzy and Darcy at family reunions and then make a glorious spectacle of ourselves at the karaoke bar.

Jane Austen wrote, “My characters shall have, after a little trouble, all that they desire.” But she didn’t give that to Mary. And so, I did. My debut novel, Mary B, is a book for all the Mary Bennets of the world, an alternate reality to Pride and Prejudice, that sacred and canonical text that has, over the years, shaped, troubled, and inspired me. It is a book about yearning but also about taking. Mary boldly takes all she can from this both beautiful and ugly world, and so, I hope, will those readers of Mary B who identify with the ambition, voice, and desires of this ignored and deceptively “plain” heroine.

Katherine J. Chen is a graduate of Princeton University. Mary B is her first novel. 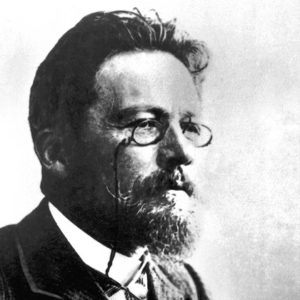 Everything you know about Anton Chekhov is wrong. Chekhov the downcast tubercular writing magnificently mournful plays...
© LitHub
Back to top