15 books that would make terrible movies (seriously, just put that camera down) • Getting over the myth of the solitary genius: how Kaethe Schwehn learned to love her writing group • On being the oldest guy at skate camp: sometimes immersive journalism gets awkward • Paul Vidich on the 60-year-old family mystery that became an Errol Morris documentary • Terese Marie Mailhot on motherhood, ghosts, and inherited sorrow • What if Kafka was the best relationship of my twenties? Rebecca Schuman shares the shameful joy of a life devoted to German • On glossy magazines and aspirational normalcy in post-Soviet Russia • Everything you’ve always wanted to know about writing obituaries • What is it really like to have your book adapted into a movie? In this episode of Fiction/Non/Fiction, Jeff VanderMeer and Christina Sibul talk to V.V. Ganeshananthan and Whitney Terrell about Annihilation and other adaptations • On the spooky and enduring power of the Rorschach test (and its dreamy originator) • Meet the spiritual sisters of Simone de Beauvoir, an intellectual force in post-war France • 15 major award-winning novels you’ve probably never heard of 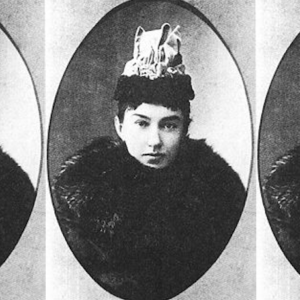