TODAY: In 1928, the fourth and final section of Faulkner’s The Sound and the Fury takes place.

Also this week on Literary Hub:

Eve Dunbar on Gwendolyn Brooks and disappearing black girls · How grief books by mediums harm the living (and the dead) · Why Willie Parker is an abortion doctor in the Deep South · Historian Timothy Snyder on Russia, Trump, and terrorism· Getting through grief and loss with Stevie Nicks and Elizabeth Bishop · On “The Yellow Wallpaper,” witches, and hysteria· Outrunning Eshu: On finally seeking treatment for depression · Why it took Max Winter 15 years to finish his novel· On Shakespeare, erasure, and the myth of the great solitary writer · Juan Gabriel Vásquez shares an improbable, irrational Mario Vargas Llosa story· Stephanie Powell Watts on loving The Great Gatsby and the unbearable whiteness of classic literature
The Best of Book Marks:
“Fecund, savage, and irresistible”: Gabriel García Márquez One Hundred Years of Solitude at 50 · In John A. Farrell’s new biography of our (until recently, at least) most reviled president: “The similarities between Nixon and Trump leap off the page like crickets” · Anthropological sci-fi and utopias built to last: On Ursula K. Le Guin’s The Dispossessed · Fun and games for sadomasochists: A look back at Mary Gaitskill’s 1988 debut collection, Bad Behavior · Yunior’s “unstable compound of demotic Spanish, white teen-speak and black street talk” in Junot Díaz’s Drown · A disgraced former president, a modern-day Gatsby, and a dystopian America: The best reviewed books of the week
HazlittLit Hub DailyNPROxford AmericanThe CutThe GuardianThe New York TimesVulture
Share: 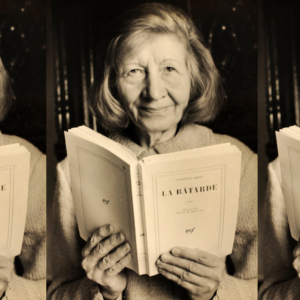 How does she do it? Joy Williams may actually employ magic in her writing—Vicent Scarpa takes a closer look. | Literary...
© LitHub
Back to top