Eve Dunbar Wonders if Things Will Ever Change

I was recently part of a celebration at Medgar Evers College in Brooklyn honoring the centennial birth of poet Gwendolyn Brooks. The conference was one of many nationwide celebrations for the Chicago poet, who was the first black woman to win a Pulitzer Prize in 1950.

For me, however, Brooks’s conference weekend was also colored by panic. In Washington, DC, the city currently home to America’s least popular president ever, the mainstream media “broke” the story that a rash of black girls had gone missing. Social networking platforms circulated hashtags and headlines speculating the girls had been abducted and forced into sex work. Others worried the girls were dead. The police countered all theories by assuring local and national worriers that these missing black girls were merely runaways.

Snatched. Murdered. Runaway. The truth of the matter is all of these titles attempt to name the reality that black girls are, and have been, disappeared in this nation, every day in all sorts of ways that never make headlines. Gwendolyn Brooks knew that black girls are among the most undervalued, exploited, and unprotected members of American society in 1968 when she published her long poem “In the Mecca,” which centers on the search for a black girl gone missing from her family’s South Side Chicago apartment building while her mother, Mrs. Sallie, is at work.

Brooks gives the missing girl a name as diminutive as her place in society, Pepita. It’s a name we come to many stanzas into the poem, the moment her work-weary mother realizes the girl is gone and asks, “Where Pepita Be?” It’s a question that haunts the text and the reader.

In Brooks’s rendition of this missing black girl story, readers are introduced to various members of the community that make up Pepita’s apartment building, called The Mecca. As her mother scours the structure, neighbors join in, or don’t, the police come, harass residents, before disappearing from the poem’s narrative. By the end we learn that Pepita, similar to a little girl “raped and choked to death” just around the corner the week before, lies beneath her murderer’s cot, “in dust with roaches.”

“In the Mecca” is not a pretty poem, in that it’s not a poem one wants to like. It’s a poem that speaks to what it might mean to answer its narrator’s other repeated and haunted query: “How many care, Pepita?”

Near the end of “In the Mecca,” Brooks writes that “hateful things sometimes befall the hateful.” There’s little solace in that line because the “sometimes” reminds us hateful things just as often befall the kind, the unprotected.

“In the Mecca” speaks to me at this moment in our nation’s history because I spent the early years of my life a latchkey little black girl, raised by a single black mother, as were many of my playmates, in Hartford Connecticut. Like Pepita, we all grew up in a town, in a nation where elected officials campaigned on promises to engineer a social safety net built to fray and thin each passing day. Today though, I can say what I couldn’t as black girl talking to other black women and girls in Hartford: I want no more poems about little black girls killed and abused by strangers or friends or family. And if I can’t have that then I want every poem to be about the complicated lives of little cis and trans black girls until we never ask “Why were they taken” and “How many care?”

Eve Dunbar is a professor at Vassar College in Poughkeepsie, NY. She is the author of Black Regions of the Imagination and her essays have appeared in The Nation, Jezebel, Colorlines, and various academic journals. She is writing a book on black women and labor titled Monstrous Work.

Why I'm an Abortion Doctor in the Deep South 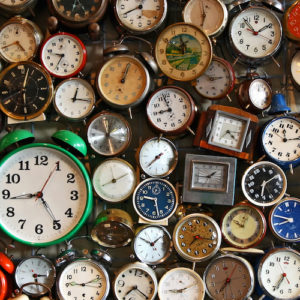