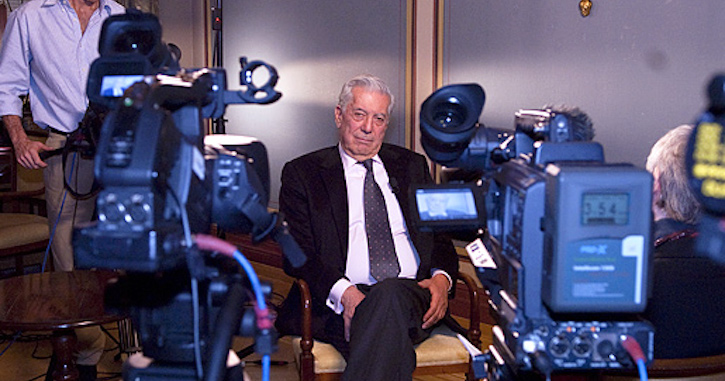 Juan Gabriel Vásquez on a Globe- and Decade-Spanning Coincidence

I have told this story many times since the events took place. As with many a trivial anecdote, I have come over the years to realize that this one is, in fact, not trivial at all; each new retelling brings me, I think, closer to its meaning. Perhaps one day I will understand it.

In 1999, after three years of trying to build a home in Paris, I decided to leave. The choice to settle in this city had been dictated by my vocation: In the 1960s, Paris was the place where my literary forebears, particularly Mario Vargas Llosa, had written the masterpieces that informed my tradition, my language, and my tastes. But my Parisian experience was a discreet catastrophe. I spent the first months seriously ill and I failed at the basic task of writing books I could be proud of. After a few months of hiding away in someone else’s home in the Belgian Ardennes, I arrived in Barcelona. There were material considerations behind this decision—here I could earn a living writing in my own language, or teaching literature, or translating it—but also a kind of unashamed superstition. The name of Vargas Llosa, perhaps my predominant influence at the time, was once again very much present in the mechanics of my decision. In the early 70s, he had written wonderful novels while living here; his publisher was here, and so was his agent. He had built a home away from home, I thought, and I would try to do the same.

By the fall of 2000, I had joined a literary magazine, Lateral, as part of its editorial board. At the end of my second or third meeting, Juan Trejo, a fellow apprentice in the novelistic trade, approached me to tell me the following story: The day before, having left home to throw his garbage in the nearest trash bins, he spent some time going through the leftovers—the cast-off books, furniture, or appliances people leave by the containers for the benefit of others. Among the rejected stuff he found a VHS videocassette; on its label, typewritten, were the words Interview with Mario Vargas Llosa. He picked up the tape and the next day, gave it to me. It was, he said, a welcome present.

That evening, while I dined at home with my wife and my sister-in-law, I told them about the tape, and the three of us agreed that there was something unusual about Trejo’s story. As he left home to throw out the garbage, he knew that the next day he would have a meeting with the rest of the editorial board; the new guy, a Colombian who also thought of himself as a writer, had expressed his admiration for Vargas Llosa; and the tape Trejo had found next to the garbage cans, among discarded things, was not merely about literature, which in itself would have been a major coincidence, but an interview with that same novelist who he knew was so important to the new guy. Trejo could have left the tape where he found it; or he could have picked it up but forgotten about his conversations with the Colombian newcomer; or he could have preferred, out of timidity or plain indifference, to keep it for himself. My wife and my sister-in-law marveled at Trejo’s thoughtfulness. I suggested we watch the interview, as a way of closing a nice evening, and they said it was a good idea.

Here the plot becomes intricate. Besides the name of the novelist, the label didn’t reveal any particular information; it therefore felt like an eerie coincidence to realize, as we began the video, that the program in which Vargas Llosa would be interviewed was a well-known Colombian show called Face to Face. A lost tape found next to the garbage on a street in Barcelona contained a Colombian TV show about a Peruvian writer I happened to admire. What were the odds? In the interview, Vargas Llosa discussed his recent experience as a presidential candidate and his defeat by Alberto Fujimori. The interviewer announced he would also be discussing his most recent novel, The Notebooks of Don Rigoberto, which he was publicizing in Colombia at the time of the show. This is how I learned that the interview had taken place in 1998.

Vargas Llosa had visited the Bogotá International Book Fair as part of his publicity tour that year; I was there, coincidentally, and had bought the book and thought of getting it autographed; but I’m not good at harassing the writers I like, and my copy of the book remained unsigned. My mother-in-law, more resourceful or less shy, had managed to get an autographed copy, and before I left for Belgium, where I was living in those days, offered to exchange it for my unsigned copy. It had taken me longer than usual to start reading the novel, and there it was at that very moment, on the floor next to my nightstand in Barcelona, along with the other five or six books that interested me. And so it came to pass that on my TV screen a writer was speaking, in 1998, about his book; in the year 2000, across the ocean from the continent where both of us were born, I was reading that book and had a signed copy within arms’ reach. My wife, my sister-in-law, and I began speculating about the chain of events that would have made such a moment possible. But nothing could have prepared us for what happened  next.

Vargas Llosa had started talking about The Notebooks of Don Rigoberto; the producers of the show, diligently, had found footage from the Bogotá Book Fair in which Vargas Llosa appears surrounded by multitudes of readers, or browsing books in neon-lighted stands, or walking along corridors, escorted by fellow writers such as R.H. Moreno-Durán. After a close-up of the surrounding faces, the camera dived down to document their walking shoes. Suddenly, in the left part of the frame, a pair of new shoes arrived that didn’t belong to the writers or to the accompanying journalists: they were ladies’ shoes. The camera panned up again, perhaps out of sheer curiosity, and the frame was filled with the new actor, or rather actress: A woman approached Vargas Llosa with a copy of the new novel, smiling, and asked him for an autograph.

The woman was my mother-in-law.

And so it came to pass that the book Vargas Llosa was signing at that instant on my TV screen was the exact same book that my mother-in-law had given me. I had only to turn my head slightly to see it, but of course I did much more: I grabbed it, opened it, and read the inscription in Barcelona (in the year 2000) at the same time that Vargas Llosa (in the year 1998) wrote it out in Bogotá.

Every question became pertinent now. What circumstances had allowed that interview, recorded in my hometown of Bogotá while I was living in Belgium, to reach me at my new home in Barcelona? What made the editors of the show use the footage where my mother-in-law appeared suddenly to have her book signed, instead of another take of another moment? What chain of banal coincidences made me start reading the signed book two years after getting it and just a few days before Juan Trejo found the tape among the discarded objects of Barcelona life?

What happened that evening in my Barcelona apartment remains beyond my full grasp. I’ve told the story a thousand times, I’ve told it in writing and in interviews and to friends in casual conversations, and I’m fully aware that I still expect my listener or my reader to come up with a rational explanation. I know Juan Trejo gave me the tape as a welcoming present in the same way I know my mother-in-law gave me the book as a farewell gift: Both moments speak to the fact that I was living somewhere I wasn’t intended to live. But maybe that’s neither here nor  there. 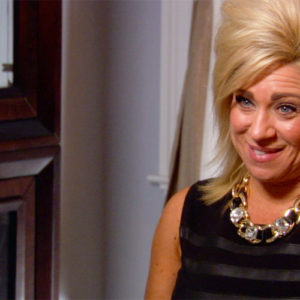 She pulls up the driveway in her black Range Rover, her squared-off French manicured talons wrapped around the steering wheel....
© LitHub
Back to top