I Love The Great Gatsby, Even if it Doesn’t Love Me Back

On Difficult Characters and the Unbearable Whiteness of Classic Literature

The books we love don’t always love us back. Like so many of us, I first read The Great Gatsby when I was a 16-year-old high school kid and Gatsby’s narrator Nick Carraway was the ripe old age of 29-about-to-turn-30 (of course, he still is). Nick was living in the most exciting city in the world, working at a job where in a few short years he might be making a fortune, and spending his evenings hobnobbing with his rich and connected relatives. I, on the other hand, lived in lower working-class, rural North Carolina and was one of the first generation of post-integrationist southern black kids. Starting from the actual day I turned 16, I worked at a fast food restaurant making less than five dollars an hour, and if I was lucky I spent my free time in front of a television or in the middle of a book. Let’s just say Nick’s life was very different from mine.

Still, I loved Nick. I was consumed by the glamour of his story and his telling of it: the lingering descriptions of glittering parties and decorated women. The romance! I loved the thrill of love, requited or not, and the enigmatic portentous green light, a symbol of the safe harbor that love should be but often isn’t. Reading Gatsby felt like an initiation into a rich, romantic, sophisticated, adult world that I, a poor, small town, black girl, desperately wanted to know. And the voice of Nick Carraway, his unfussy intelligence, his elegiac musings, his surprising turns of phrases (“secret griefs of wild, unknown men,” he says on the first page!) hooked me early and completely. The writing is not showy or precious but clear, with simple, lyrical declarations like the hardest easy sentences we write or say: Nothing more can be done. I love you. I want you back.

Gatsby drew me in like that. Maybe some of you have fallen hard and fast in love, and you know it is a heady and wonderful feeling, vertigo, breathlessness. You lose weight. Your skin becomes effervescent, as if parts of you could twinkle off. You feel dangerous and endangered. At first that danger is part of the giddy wonder of it, but soon you find yourself on your guard. You wonder what you have missed mid-swoon. What surprise lurks for you (disgusting personal habit, unforgivable character flaw) that you could not predict and have had no time to discover for yourself? Falling into the world of a classic book (or even a contemporary one) gives me that loving feeling, both exhilarated and immediately wary.

However swept up and away I may be, I can’t help but fear that the door of the book will suddenly close in my face by excluding or demeaning people of color, women, the poor; that it will announce directly or indirectly that I am not the target, not even a member of the desired audience, that the story was not written for me.

“However swept up and away I may be, I can’t help but fear that the door of the book will suddenly close in my face by excluding or demeaning people of color, women, the poor.”

I know that the job of literature is to showcase the lives of characters, with all their perplexing perversities, petty shortsightednesses, and bad judgements. I don’t expect or even want to be preached to by characters that know all, do and think all the right things, and never make crucial mistakes. People have limitations that are difficult to stomach sometimes. Good characters are similarly flawed. But still it hurts to find yourself set outside, the butt of the joke. And it is especially painful when the joker is a character you admire. So when the cruel, violent bully Tom Buchanan declares The Rise of the Coloured Empires a prophetic book that admonishes whites to “watch out or these other races will have control of things,” or when Daisy Buchanan refers to her “white girlhood,” or when Nick’s almost-girlfriend, the lying tennis player Jordan Baker, announces that “we are all white here” during one of the most intense scenes of the novel, I smart from these comments, feel pushed away. But Nick Carraway, good-hearted, thoughtful Nick, who starts the book with his father’s generous admonishment—“Whenever you feel like criticizing anyone . . . just remember that all the people in this world haven’t had the advantages that you’ve had”—felt like the book’s exception.

F. Scott Fitzgerald no doubt saw a great deal of himself in Nick. In Fitzgerald’s essay series “The Crack Up,” he speaks of his own egalitarian impulses. “Like most midwesterners, I have never had any but the vaguest race prejudices” he writes. However when he felt he was cracking up, he hated most everyone in equal measure: “In these latter days I couldn’t stand the sight of Celts, English, Politicians, Strangers, Virginians, Negroes (light or dark), Hunting People, or retail clerks, and middlemen in general, all writers (I avoided writers carefully because they can perpetuate trouble as no one else can.”

I laugh every time I read Virginians and Negroes (light or dark). Clearly Fitzgerald is being flippant here, but it is easy to see Nick in this sentence. Nick, the generous cipher, the character who stands in for us (the readers), the decent outsider, a character who can be equally non-judgmental at an assignation with Tom Buchanan’s mistress and her strange group of reveling friends, or with a known gangster, or with the haughty beauty Jordan Baker. But then that same Nick sees a limousine “driven by a white chauffeur, in which sat three modish negroes, two bucks and a girl.” And he announces that “Anything can happen now that we’ve slid over this bridge.” It hurts worse when Nick seems to share some of the thinking of Tom Buchanan, to see a world changing too quickly and unpredictably, becoming an unrecognizable and suspicious place.

Great books are great because they allow characters to be their difficult selves, to work through those difficulties (or not) and change (or not). These books require us to use our heads, to look at the totality of the story and the mission of the work. The reason Gatsby is successful, the reason I am a great fan, and why I can be a fan without an asterisk or footnote, is Nick. He has a front row seat to this moneyed world and the cruel indifference those privileged few have for the striving and struggling masses. Harm comes to everyone who is not buffered by the power of wealth and class. Nick can be a part of that moneyed class, in ways that Gatsby or the Jewish gangster cannot, and certainly in ways that the rich black limousine riders cannot—but Nick rejects that life.

Ultimately, The Great Gatsby is also about the Great Nick, who in order to remain the uncompromised egalitarian he aspires to be has to leave the scene, though his exit is much less dramatic than Gatsby’s. This leaving, like all disavowals, is not without pain. Nick does not pretend that he has not been affected by the pull of the glimmering world he leaves behind, and he doesn’t pretend that a part of him is not grieving because he can never nest on the right egg. In the “Crack Up,” Fitzgerald says the measure of a first rate intelligence is to hold two opposing ideas in one’s head at the same time and still function. Because of his general decency, Nick can function. He can even thrive. But not in East or West Egg. Like most of us, Nick is not a revolutionary or a prophet. He cannot convert the blue bloods. He can only leave them.

If Gatsby is better than the whole lot of them, as Nick tells us, then perhaps Nick is as well. But he realizes more than Gatsby ever could (or would get a chance to know) that what he saw on the horizon was just a green light—not love at all and not even a signifier of it. However beautiful, however much we admire the glow, it is but a shimmering reflection, no more substantial than light on water. The way that we beat on, boats against that current, so to speak, is by continuing to make the best lives we can, knocking on doors, even the ones we believe will never completely open. The book so admired as synonymous with the gilded Jazz Age is a book for our own time too, a time that is also characterized by economic and racial fear, a time of great wealth for a few and great uncertainty for many. The world is defined by change. We cannot change the world. We must change the world. Can we hold these ideas in our heads at the same time? The fact that we can and we must try for better for everyone is a bold and uncommon message for our times from a slim little book written nearly a century ago.

The books we love don’t always love us back. But how amazing when they do.

Stephanie Powell Watts is an associate professor of English at Lehigh University, and has won numerous awards, including a Whiting Award, a Pushcart Prize, the Ernest J. Gaines Award for Literary Excellence, and the Southern Women’s Writers Award for Emerging Writer of the Year. She was also a PEN/Hemingway finalist for her short-story collection We Are Taking Only What We Need. 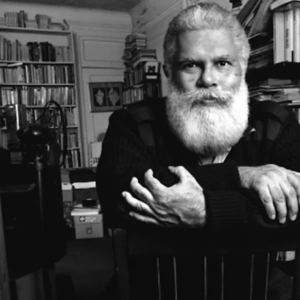 “They were like the left and right hands of a pianist. Didion supplied delicate melody, while Dunne surged on with...
© LitHub
Back to top