TODAY: In 1985, Cormac McCarthy’s Blood Meridian or the Evening Redness in the West is published.

Years after his death, the great Barry Hannah haunts us still: Michael Bible remembers a true writer’s writer • On Jane Austen, Northanger Abbey, and the timeless tradition of mansplaining • “There are things more interesting than people.” Walking in the woods with Richard Powers can be pretty intense • Finally, the your favorite 90s Shakspeare adaptions definitively ranked • Ten things you should probably know about lists on the Internet: a public service announcement • Colette Shade: when fiction pulls back the curtain on American conservatism • Poet Michael Wasson on finding inspiration from Kurt Cobain to life in a rural Japanese village • Margaret Atwood on the origins of The Handmaid’s Tale and the anxiety around its publication • For Geoff Dyer, the photographs of Garry Winogrand contain entire novels of human experience • Nafissa Thompson-Spires: What if readers are learning the wrong lessons from my writing? • Susan Orlean talks to Paul Holdengraber about the childhood joy of library visits, and the importance of preserving the stories that comprise a culture • Astral lit: Van Morrison, unlikeliest of literary muses • So when, exactly, do children mistakenly start thinking they hate poetry? • History lost: on the last days of James Baldwin’s house in the south of France • When the horrors of the page hit the big screen: on the irresistible metaphor of Jekyll and Hyde, and why Frankenstein* will never die. (*Yes, yes, Frankenstein’s monster.)

“Fecund, savage and irresistible”: the first reviews of every Gabriel García Márquez novel • Joy Williams’ “shimmering baubles from fairy tales and motherhood, madness and myth”; Alexander Chee’s debut collection of essays on identity, sexuality, family, art and war; and more Books Making News This Week • “I think a lot of people outside of the industry might be surprised to know how little writers and editors are paid,” writes Nathan Goldman in this week’s Secrets of the Book Critics • Will Self on Dic-lit, Curtis Sittenfeld on women’s suffrage, and more Book Reviews You Need to Read This Week  • New titles from Julian Barnes, Lawrence Wright, Rachel Kushner, and more feature among our Best Reviewed Books of the Week

The 2018 Edgar Award Winners are announced! •  Neither spy nor innocent: diplomacy noir, from Graham Greene to Javier Marías to Hilary Mantel • On serial killers as pop culture icons and modern monsters • A history of Mediterranean Noir •  From yoga teacher to cult leader: the story of a Australian woman-led cult • A round-table discussion on the state of the traditional mystery, with Louise Penny, Margaret Maron, Kellye Garrett, Martin Edwards, and more • Inside a legendary Sherlock Holmes extravaganza • Joe R. Lansdale on religion in the South and the evolution of his crime fighting odd couple, Hap and Leonard • Can Grit Lit make the move from rural America to Britain? • Why rape memoirs should be read as true crime • A look at Korean Noir, from North to South, Seoul to Pyonyang • How a wealthy scion accumulated the world’s finest feather collection, then lost it all to blackmail 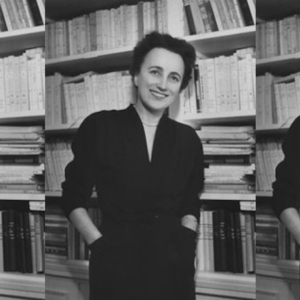 History lost: on the last days of James Baldwin’s house in the south of France. | Lit Hub On the eve of Independent...
© LitHub
Back to top