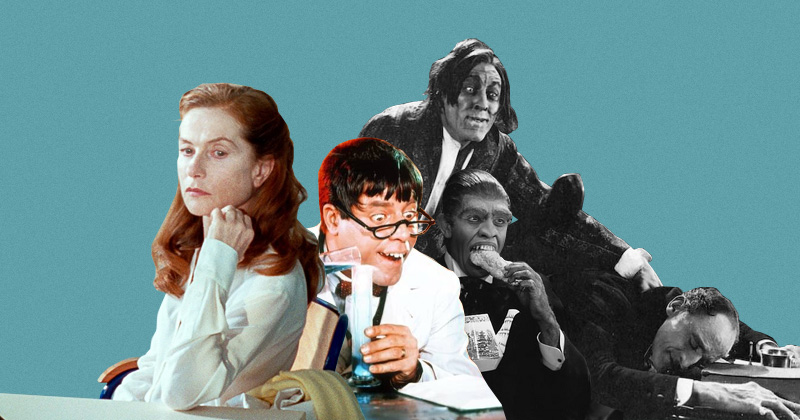 From The Nutty Professor to the Brand New Mrs. Hyde

Few books have been adapted so many times, and in so many different ways, as Robert Louis Stevenson’s Strange Case of Dr. Jekyll and Mr. Hyde. First published in 1886, the novel about a doctor’s transformative experiments and the dire consequences they provoke, has been turned into musicals, costume drama, slapstick comedy and psychosexual horror; the contours of its narrative have been twisted, mixed-up, and often ignored. There have been whole films dedicated to Jekyll’s children, one about his son and another about his daughter, and at least five different pornographic adaptations. Bugs Bunny, Daffy Duck, Sylvester the Cat, and Tom and Jerry have all starred in their own parody versions. Some have even been lost to time, or remain as ideas (like David Mamet’s reported 1998 adaptation, set to star Al Pacino, that was never made).

That filmmakers keep returning to Stevenson’s novella is understandable. “The story is now so embedded in popular culture that it hardly exists as a work of literature,” Claire Harman writes in her 2005 biography of Stevenson. People know what the words “Jekyll” and “Hyde” suggest, even if they have never read the book. As source material, the story exists more as an idea, which invites a multitude of readings and approaches. It’s about how we conceal our secrets and the fear of them getting loose. How you fill in the blanks is up to you.

Along the way, the Jekyll and Hyde story has often reflected the time in which it was adapted, more clearly bringing to the front issues of class, race, and sexuality. With Mrs. Hyde, the latest riff on Stevenson’s gothic tale starring Isabelle Huppert, an attempt has been made to trace the history of Jekyll and Hyde adaptations and how they have changed, evolved, and reacted to the time they have made.

John Barrymore provided the first defining screen performance of both Jekyll and Hyde, cementing the images of the svelte doctor and his ghoulish double for years to come. The centerpiece transformation scene, with Barrymore buckling in anguish in his laboratory, would become a model for future adaptations to expand upon with a greater emphasis on developing optical effects. It should be noted that this isn’t the first ever adaptation of Stevenson’s novella: the first on record is a one- or two-reel drama produced by Selig Pictures in 1908, although very little about the film is known except for its existence.

Directed by Rouben Mamoulian and starring Fredric March in the dual title role, this is the best straight-adaptation Stevenson’s story, hemming sort-of-closely to the book with extra elements brought in from Thomas Russell Sullivan’s 1887 stage production and a frankness typical of films made before the stringent censorship guidelines of the 1934 Hays Code.

MGM remade the film in 1941, a lesser version directed by Victor Fleming, starring a hamfisted Spencer Tracy and a young Ingrid Bergman in a tacked-on role, and in the process they purchased the rights to the 1931 film to avoid competition. As a result, it was kept from view, not screened again until 1967. Jean Renoir’s 1959 adaptation, The Testament of Dr Cordelier, is an intriguing companion piece to Mamoulian’s that cribs some of the original story’s structure with dabs of humor.

Probably the best-known adaptation—whether the original or the Eddie Murphy remakes of the 90s—The Nutty Professor turns the Jekyll character, here named Dr. Julius Kelp, into a schlubby buck-toothed academic who transforms into the suave Buddy Love, the inverse of the man-to-monster conversion of the original story. Some have noted the autobiographical undertones of the madcap action, and that director and star Jerry Lewis was really making a film about the split-personality of modern celebrity (or more specifically, about his fraught relationship with his former comedy partner Dean Martin, who bears a striking resemblance to Buddy Love).

Before Jerry Lewis made The Nutty Professor, there had been a number of comedic interpretations of Jekyll and Hyde, including 1953’s Abbott and Costello Meet Dr Jekyll and Mr Hyde and various cartoon shorts, one made by frequent Lewis collaborator Frank Tashlin in 1937 starring Porky Pig.

British production company Hammer Films, who for decades specialized in blood-dripping updates on classic horror stories, adapted Stevenson’s novella four different times. The most fascinating of these is Roy Ward Baker’s Dr. Jekyll and Sister Hyde, which remakes the plot as the title suggests: the doctor (played by Alan Bates) transforms into a woman, who introduces herself as his sister (Martine Beswick) before committing murder-through-seduction.

This introduces a queer sensibility that, as Wayne Koestenbum and others have noted, is embedded in Stevenson’s story. But the gender politics of Sister Hyde ultimately veer toward the abhorrent, suggesting a violence associated with gender fluidity. And shockingly (or maybe not so shockingly) it was basically remade in 1995 as the far less engaging Dr. Jekyll and Ms. Hyde, a puerile sex-farce and former regular of the basic-cable rotation.

This low-budget blaxploitation horror film, reportedly made with $800,000, spins Stevenson’s story into a contemporary allegory of racial anxiety. Set in Los Angeles, Dr. Henry Pryde (Bernie Casey) is a well-to-do physician who works in a free clinic. Some of his patients taunt him for his proximity to a life of whiteness, about which he is conflicted. When he injects himself with a serum, he turns into a beefed-up Albino man who enacts a monstrous white rage on black pimps and sex workers. Originally titled Dr. Black and Mr. White, it was re-released in 1979 under the misguided name The Watts Monster; still, despite its goofiness, the film is more compelling than its synopsis might suggest, and was directed by William Crain, who previously transformed Bram Stoker’s Dracula into 1972’s Blacula.

Interested as much in Stevenson’s original story as its B-movie progeny—most notably Edgar G. Ulmer’s stiff Daughter of Dr. Jekyll made in 1957—this French deadpan update stars Isabelle Huppert as a high-school physics teacher in the Paris suburbs. Mousy and undeterred by the dislike of her students, she is struck by lightning during a botched experiment and transforms into a glowing, radioactive presence that roams the streets of her small town at night. There is also a long, if somewhat buried history of female variations on the Jekyll and Hyde story, distinct from the gender-swapping adaptations, dating back to 1915’s Miss Jekyll and Madame Hyde, starring Helen Gardner in the main roles, and 1959’s eccentric The Woman and the Beast, directed by Alfonso Corona Blake. 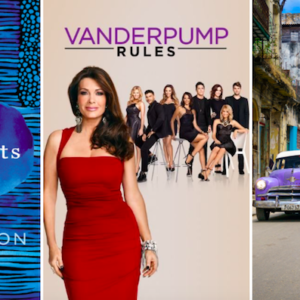 Tomorrow I'm heading up to the Bay Area Book Festival where I'm on a panel on travel writing. I'm up to date on one panelists...
© LitHub
Back to top