Race is the original American fiction: On reuniting with the descendants of Thomas Jefferson’s slaves · Kurt Vonnegut’s greatest writing advice · 10 debut novels that are also their authors’ masterpieces, from Madame Bovary to The Secret History · Kerri Arsenault on growing up in Maine’s “Cancer Valley” in the shadow of a smoke-spouting paper mill · Seeing Bruce Springsteen live in 1984 · Lidia Yuknavitch on her lifelong love of swimming and water’s significance for her · Actual social justice warriors: The women of Celtic mythology · Sarah Gerard on mourning her grandfather through The Velveteen Rabbit · Louise Erdrich on spirits and returning to her home reservation in the Turtle Mountains · On surrealist painter Gertrude Abercrombie, queen of the bohemian artists
This week on Book Marks:
The unpredictable machinery of life: Looking back at Kurt Vonnegut’s Cat’s Cradle on the 10h anniversary of his death · On Mary Gaitskill’s “gutting, brutal, lovely” new essay collection · Self-help for Sarah Lawrence girls: Joan Didion’s 1961 takedown of J.D. Salinger · “Why is Florida so f*cked up?”: Laura van den Berg on Sarah Gerard’s Sunshine State · A 1981 New York Times review of Marilynne Robinson’s Housekeeping · “They get jailed, escape, die, or go mad”: On The Accusation, the first work of fiction to be smuggled out of North Korea · A murderous conspiracy tale, a journalistic memoir of Florida life, and a novel of doomed friendship are among the best-reviewed books of the week
Lit Hub Daily
Share:

The Handmaid's Tale Adapts More Than the Novel: Here is America 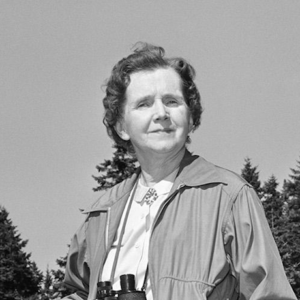 From Sofia Coppola to Dostoevsky, your literary guide to the Cannes Film Festival. | Literary Hub The greatest...
© LitHub
Back to top