Also on Literary Hub: Solving a 100-year-old murder mystery, the Rosh Hashanah dinner that sparked ten years of WWII research, and an excerpt from Alice McDermott’s The Ninth Hour. 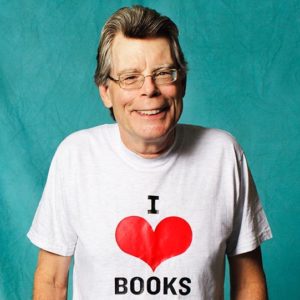 Stephen King—prolific writer, mega-bestseller, living author with the most film adaptations to his name, crowned king of horror...
© LitHub
Back to top