Peter Cozzens on a History of Violence and Betrayal

Chief Lean Bear was a member of the Council of Forty-Four, the governing body of the Cheyenne people. Council chiefs were peacemakers, enjoined by tribal custom never to permit passion to displace reason and to always act on behalf of the tribe’s best interests, which in 1863 most elder Cheyenne chiefs construed as friendly relations with the mushrooming white population in the Territory of Colorado that crowded their already diminished hunting lands. But official Washington was troubled. Confederate agents were rumored to be circulating among the Plains Indians, trying to incite them to war. To counter the threat (which was in fact baseless) and smooth over differences with the tribes, the Indian Bureau had arranged for Lean Bear and ten other chiefs to visit the Great Father.

On the morning of March 26, 1863, the Indians, their agent, and their interpreter filed into the East Room of the White House through a murmuring throng of cabinet secretaries, foreign diplomats, and distinguished curiosity seekers. “Maintaining that dignity or stolidity characteristic of the stoics of the woods,” a Washington journalist told his readers, “they quietly seated themselves on the carpet in a semi-circle, and with an air of recognition to the destiny of greatness to be gazed at, seemed quite satisfied with the brilliancy of their own adornings and colorings.”

After a 15-minute wait, President Lincoln strode into the room and asked the chiefs if they had anything to say. Lean Bear arose. The chief stammered that he had much to say but was so nervous that he needed a chair. Two chairs were brought, and Lincoln sat down opposite the chief. Cradling his long-stem pipe, Lean Bear spoke, hesitantly at first, but with a growing eloquence. He told Lincoln that his invitation had traveled a long way to reach them and the chiefs had traveled far to hear his counsel. He had no pockets in which to hide the Great Father’s words but would treasure them in his heart and faithfully carry them back to his people.

Lean Bear addressed Lincoln as an equal. The president, he said, lived in splendor with a finer lodge, yet he, Lean Bear, was like the president, a great chief at home. The Great Father must counsel his white children to abstain from acts of violence so that both Indians and whites might travel safely across the plains. Lean Bear deplored the white man’s war then raging in the East and prayed for its end. He closed with a reminder to Lincoln that as chiefs of their peoples he and the other Indian leaders must return home, and Lean Bear asked the president to expedite their departure.

“You have asked for my advice . . . I can only say that I can see no way in which your race is to become as numerous and prosperous as the white race excepting living as they do, by the cultivation of the earth. It is the object of this government,” continued Lincoln, “to be on terms of peace with you and with all our red brethren . . . and if our children should sometimes behave badly and violate treaties, it is against our wish. You know,” he added, “it is not always possible for any father to have his children do precisely as he wishes them to do.”

President Lincoln’s peace pledge rang hollow in the Territory of Colorado, where Governor John Evans’s idea of interracial amity was to confine the Cheyennes on a small and arid reservation. Although they had signed a treaty three years earlier agreeing to accept reservation life, Lean Bear and the other peace chiefs were powerless to compel their people to relinquish their freedom. Cheyenne hunting parties ranged over eastern Colorado and the unsettled western Kansas plains as they had always done. They harmed no whites; indeed, the Cheyennes considered themselves at peace with their white neighbors, but Coloradans nonetheless found their presence intolerable. Governor Evans and the military district commander, Colonel John Chivington, who had political ambitions of his own in Colorado, took dubious reports of cattle theft by hungry Cheyennes as an excuse to declare war on the tribe. In early April 1864, Chivington ordered cavalry to fan out into western Kansas and to kill Cheyennes “whenever and wherever found.”

Lean Bear and his fellow peace chief Black Kettle had passed the winter and early spring quietly. Now tribal runners brought word of the imminent danger. Recalling their hunting parties, Lean Bear and Black Kettle started their people northward to find protection in numbers among Cheyenne bands gathering on the Smoky Hill River. But the army found them first.

On the night of May 15, 1864, Lean Bear and Black Kettle camped on a muddy, cottonwood-fringed stream three miles short of the Smoky Hill. At dawn, hunting parties saw mounted soldiers on the horizon, and the troops had cannon. Lean Bear rode forward with a small escort to meet the soldiers. His medal from President Lincoln rested on his breast in plain view, and in his hand he carried the peace papers from Washington. From atop a low rise, Lean Bear saw the troopers at the same time they saw him. Their commander ordered his 84 men and two mountain howitzers into a battle line. Behind Lean Bear, 400 warriors from the village assembled warily.

Lean Bear rode forward, and a sergeant cantered toward him. All must have seemed well to the chief. After all, he and the Great Father had pledged mutual peace. But the Great Plains was a world unto itself.

Lean Bear was just 30 feet from the soldiers when they opened fire. The chief was dead before he hit the ground. As Lincoln had cautioned Lean Bear, his children sometimes behaved badly.

A newspaperman once asked George Crook, one of the preeminent generals in the West, how he felt about his job. It was a hard thing, he replied, to be forced to do battle with Indians who more often than not were in the right. “I do not wonder, and you will not either, that when Indians see their wives and children starving and their last source of supplies cut off, they go to war. And then we are sent out there to kill them. It is an outrage.”

That a general would offer such a candid and forceful public defense of the Indians seems implausible because it contradicts an enduring myth: that the regular army was the implacable foe of the Indian.

No epoch in American history, in fact, is more deeply steeped in myth than the era of the Indian Wars of the American West. For 127 years, much of both popular and academic history, film, and fiction has depicted the period as an absolute struggle between good and evil, reversing the roles of heroes and villains as necessary to accommodate a changing national conscience.

In the first 80 years following the tragedy at Wounded Knee, which marked the end of Indian resistance, the nation romanticized Indian fighters and white settlers and vilified or trivialized the Indians who resisted them. The army appeared as the shining knights of an enlightened government dedicated to conquering the wilderness and to “civilizing” the West and its Native American inhabitants.

In 1970, the story reversed itself, and the pendulum swung to the opposite extreme. Americans were developing an acute sense of the countless wrongs done the Indians. Dee Brown’s Bury My Heart at Wounded Knee shaped a new saga that articulated the nation’s feelings of guilt. In the public mind, the government and the army of the latter decades of the 19th century became seen as willful exterminators of the Native peoples of the West.

It is at once ironic and unique that so crucial a period of our history remains largely defined by a work that made no attempt at historical balance. Dee Brown gave as the stated purpose of his book the presentation of “the conquest of the American West as the victims experienced it,” hence the book’s subtitle, An Indian History of the American West. Brown’s definition of victims was severely circumscribed. Several tribes, most notably the Shoshones, Crows, and Pawnees, cast their fate with the whites. Bury My Heart at Wounded Knee dismissed these tribes as “mercenaries” with no attempt to understand them or explain their motives.

Such a one-sided approach to the study of history ultimately serves no good purpose; it is impossible to judge honestly the true injustice done the Indians, or the army’s real role in those tragic times, without a thorough and nuanced understanding of the white perspective as well as that of the Indians. What I have sought to do, then, is bring historical balance to the Indian Wars, and through a deeper understanding of all parties to the conflict, better address the many myths, misconceptions, and falsehoods surrounding the Indian Wars.

A myth as enduring as that of an army inherently antagonistic toward the Indians is that of united Indian resistance to white encroachment. No tribe famous for fighting the government was ever united for war or peace. Intense factionalism ruled, each tribe having its war and peace factions that struggled for dominance.

Unanimity existed only among tribes that accepted the white invasion.

Not only did the Indians fail to unite in opposing the westward expansion of “civilization,” but they also continued to make war on one another. There was no sense of “Indianness” until it was too late, and then it came but dimly through a millennial faith that brought only bloodshed, horror, and broken hopes.

Intertribal conflict was in part the consequence of a fact that has never been appreciated but that will become apparent as this book unfolds: that the wars between Indians and the government for the northern plains, the seat of the bloodiest and longest struggles, represented a displacement of one immigrant people by another, rather than the destruction of a deeply rooted way of life. A decade after Lean Bear’s murder, an army officer asked a Cheyenne chief why his tribe preyed on their Crow neighbors. He responded, “We stole the hunting grounds of the Crows because they were the best. We wanted more room.” That was a sentiment that the Coloradans determined to rid their territory of the Cheyennes could readily appreciate. 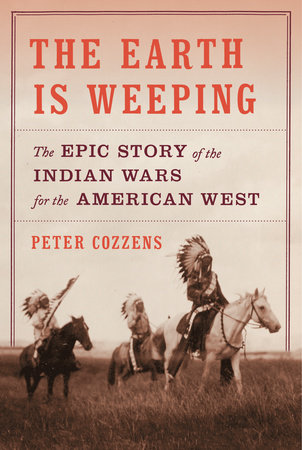 Peter Cozzens is the author or editor of sixteen acclaimed books on the American Civil War and the Indian Wars of the American West, and a member of the Advisory Council of the Lincoln Prize. In 2002 he was awarded the American Foreign Service Association’s highest honor, the William R. Rivkin Award, given annually to one Foreign Service Officer for exemplary moral courage, integrity, and creative dissent.

To Speak is to Be Misunderstood: On Parenting and Parents

Talking Disco and the Disaster Imaginary with Andrew Durbin 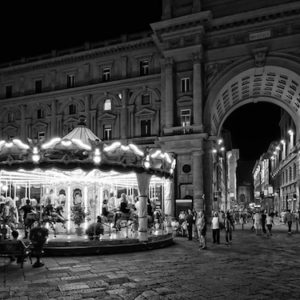 To Speak is to Be Misunderstood: On Parenting and Parents

“People remember what they can live with more often than how they lived.” –David Carr, The Night of the Gun My...
© LitHub
Back to top
Loading Comments...