How A Single Rosh Hashanah Dinner Sparked 10 Years of Research

Devin Murphy on Recording the Memories of the Last WWII Veterans

My wife’s family shows up. For everything. Birthdays, hospital visits, graduations—you name it, they show up. That is this family’s doctrine. When my wife was running late to pick up the kids, there was no question that I would show up on her behalf. Once at the school, she called back to tell me I was also going to stand in for a meeting she had set up. I went to the lobby of my kid’s preschool at the local Synagogue and a very lovely lady offered me a seat, introducing herself as the Synagogue’s membership director.

“So, what are you looking for in a Jewish community?” she asked.

I stared at her in silence.

My father comes from centuries of meat and potato Irish Catholics. He’s a philosophy and religious studies professor who hides the baseboards of our home with stacks of musty religious texts. He keeps a copy of a Byzantine era “Madonna and Child” mosaic on our living room wall. Gregorian chants are mood music when he has company. One of his best friends is a one-eyed Trappist monk who recently completed a 30-year vow of silence. For the most part we were library-quiet in our home. My father sent me to Catholic elementary school where the stark images of both Testaments were burned into my imagination. There I was led through the bodily and bloody Stations of the Cross. While I was in the trenches of puberty, I was lectured about the awful impulses of our own bodies until I felt the bloom of shame burst open in my chest. Then when I was 14 years old, I was asked if I wanted to be confirmed, to become an adult in the eyes of the church. My first serious solo decision, for which I’d been coached by my father my whole young life. When the time came, my response was a swift, “Nope!”

I bowed out of formalized religion for the rest of my life. Or so I thought.

When I was 17 I’d began what would be 12 years of drifting about the planet, working jobs on land and at sea that brought me close to the natural world and a far more profound connection to the possibility of some great firmament than formalized religion ever had. But those years in constant motion left me feeling like I had drifted too far from my small family and ultimately, nearly emotionally paralyzed by loneliness.

All of that changed when a curly haired girl I met and fell in love with in the foothills of Colorado turned out to be from a gigantic Jewish family. A family she had every intention of living near for the rest of her life.

My first introduction to this family came in loud, chattering waves at Rosh Hashanah dinner. Her parents and sibling were lovely, welcoming, and full of questions about exactly what sort of life I had been living. Cousin Neal’s very first words to me came in a whisper-yell over the table, “Do. Not. Eat. The. Gefilte. Fish.” A dozen cousins, each more handsome and beautiful than the last, had to sit at the ‘kids table’ despite each being on the cusp of careers as surgeons, lawyers, and journalists. There was constant talking. Questions. Laughing. Noise. Not a chant or mute Trappist monk to be found anywhere.

Bottles of sweet red wine were readily passed. Apple slices dipped in honey were served on china. Challah bread was pulled apart by hand and shared around the room. Talk of babies’ birth weights, an aunt’s cancer treatments, job interviews, relationships, recipes, the history of pediatric cardiology, and why the Bears offensive line could not pass-protect worth anything drifted around me. In the corner of the room sat one of two of my girlfriend’s 85-year-old grandfathers, Bopa, who hugged me upon our first meeting. I told him I’d heard he served in the Pacific campaign during WWII.

“The first Marines on Okinawa were walking dead men,” Bopa said. “I had to work with those guys and you could see it in their eyes. They were no longer human. Glazed over. Beyond fear. There were six of them and me. They had to march straight up to these caves and pill boxes and unload all their ammunition into them.”

No one seemed to hear Bopa as he spoke. Cousin Neal hoisted a three-year-old up and spun her over his head. My girlfriend’s father was already doing a round of dishes. There was a rising laughter from the conversation in the other room.

“They had no idea what was going to come out of that cave or pillbox at them. Flames, gases, bullets with tracers, cannons, snipers. All this nastiness to mow you in half. I had to sneak wide of the whole mess, and come around the back with a satchel of C-4. I’d have to sit on top of the cave. I’d have to swing it in, or just drop it down and then run like hell before it blew.”

My girlfriend smiled at me across the room. She thought it was nice that I liked her grandfather.

I hinted to Uncle Wynn some of what Bopa had just told me.

“Yeah. You should talk to my dad too.”

“Well. Let’s put it this way. We never camped as kids because Dad camped for two years during the war and said that was quite enough for one lifetime.”

So around the serving table I began asking questions of the second grandfather, Papa Joe. He had been a medic in Europe during WWII. His unit had cleared the death camps. When the crowd around us was speaking over each other, he pulled out his wallet and slipped an old photo the size of a slice of baseball card bubblegum loose. When I held it the past suddenly felt like a seething floor about to pull me under. The image was of a heap of striped-pajama clad bodies.

“Have you carried this since then?” I asked.

I tried to imagine such a raw image in your pocket for nearly 70 years. The reality that what both of these grandfathers had lived through was only a lifetime removed from my own felt like a stunning revelation. I think Papa Joe realized I was reeling.

“An image like that trains you to keep your eyes out for the good things in the world,” he said waving his hand about the room, which felt like its own kind of religious outlook to me.

Roots set into me that night, weaving this family’s fascinating past into my imagination. This night started me off on nearly a decade of research about WWII because I sensed that with the loss of these aging veterans something essential would slip away—perhaps some visceral truth of how communities are torn apart and stitched together.

When the novel that these conversations launched me into was finished eight years later, I was able to visit an ailing Bopa in the hospital with a galley copy of The Boat Runner. He was 94 years old. He read it in one day and left me as voicemail late that night. “Dev…” his voice was dry. His breathing shallow. “I don’t have the words. I don’t know how you did it. I don’t know how you brought that to life.”

A month later, after he died, I helped clean out his house. The requisite detritus of a good life: a mountain of old paperwork, worn tools he’d used to build his own house after the war, and fishing rods that must have flirted with every croppy in the north woods over the last 50 years. Then came a closet full of what must have been deeply personal artifacts. His old green service helmet. A trench digger. A pile of pictures of him as a young frog man in the Pacific. Images of him in a world that has not changed so much but has much to teach us if we will only listen through the din.

This Rosh Hashanah my son will blow a paper-mâché shofar. My daughter’s hands will be sticky from dipping apples in honey. There is talk of Bopa and his life, but also babies’ birth weight, and this time my third child, Jude, is the topic of this weigh-in. My father-in-law is doing dishes. There is a rising laugher. I prod Papa Joe to let loose another insane war story. These stories are part of the raucous energy of this family, which has stitched me into their fabric. I’m always hungry to hear more.

I mouth across the room to Cousin Neal. “Pass. The. Kishke.”

Devin Murphy is an assistant professor of creative writing at Bradley University. His fiction has appeared in more than sixty publications and anthologies, including the Missouri Review, Glimmer Train, and Chicago Tribune. His first novel was the bestselling The Boat Runner. He lives with his wife and children in Chicago.

Opioids and Refugees: Why Not Poetry? 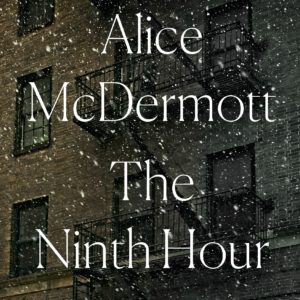 Mr. Costello was a quiet, balding man with a ready grin. Polite and hush-voiced when he spoke to the Sisters, but loud and full...
© LitHub
Back to top