TODAY: In 1939, Jean-Paul Sartre is conscripted into the French Army as a meteorologist.

Also on Lit Hub: Is the age of automation the new Industrial Revolution?: Carl Benedikt Frey talks to Andrew Frey on Keen On • In advance of Banned Books Week, Mitchell Kaplan talks to ABA’s David Grogan and Sydney Jarrard on The Literary Life • On Jean-Martin Charcot, dark star of 19th-century neurology, who thought he could define madness • Vanishing bees should not be the new normal • Read an excerpt from Heddi Goodrich’s debut novel, Lost in the Spanish Quarter.

Lost in the Spanish Quarter 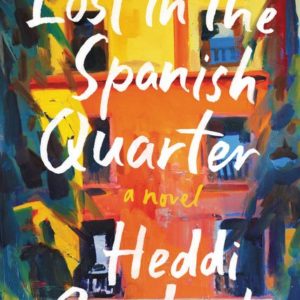 Lost in the Spanish Quarter

“Heddi.” I heard my name pronounced as no one had said it in years, like a person might say the name of an exotic...
© LitHub
Back to top