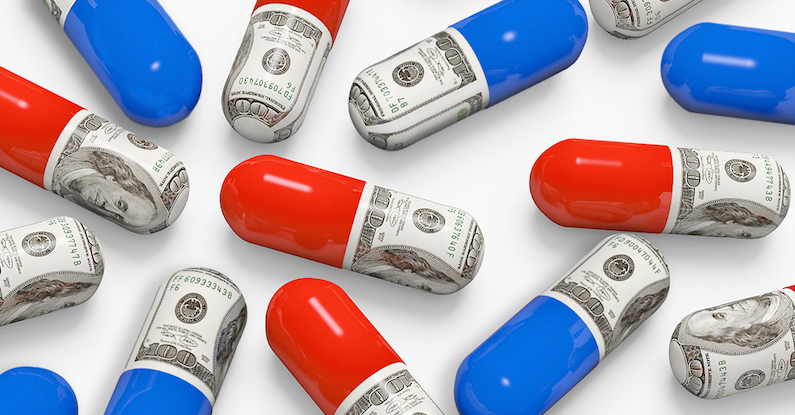 Marty Makary on the Industrializing of Health Care

A few years ago, South Korea found itself in the middle of a thyroid cancer epidemic. Starting around 2000, Korean doctors were finding an alarming number of cancerous tumors on the thyroid, a gland in the neck that makes hormones to regulate the body. The rate of thyroid cancer rose at an alarming rate, with yearly increases. Between 1992 and 2011, the Korean thyroid cancer rate increased by a factor of 15, making it the worst in the world for the disease. Thyroid cancer is easy to treat if caught early. And the Korean medical industry responded to the crisis with full force. Hospitals expanded thyroid clinics, hired surgeons, and invested in surgical robots to perform operations to remove tumors. The rate of thyroid surgery skyrocketed more than tenfold. About 4,000 Korean patients underwent surgery for thyroid cancer in 2001. By 2012, about 44,000 Koreans had undergone the same operation.

Thyroid cancer cases consumed valuable resources, and the economic burden of thyroid cancer in South Korea increased sevenfold, from $257 million in 2000 to $1.7 billion in 2010. Korean surgeons got very good at the operation. I remember watching teaching videos from Korea showing elegant and creative ways to remove the thyroid gland, or parts of it, through an incision in the armpit. We often joked that the reason Korean surgeons were the slickest in world at minimally invasive thyroid surgery was that there were no obese people in Korea.

When you look back a few years later, you would think everyone would celebrate the Korean medical community’s response to the crisis. But instead, medical journals recount it as a tragic cautionary tale. About 90 percent of the cancer cases identified during the “epidemic” were actually overdiagnoses. Research published in the New England Journal of Medicine found that a third of all adults normally harbor small papillary thyroid cancers, and the vast majority won’t ever produce symptoms. The tumors are so common, and often so harmless, that most would be better considered a “variant” of normal rather than a deadly disease.

A group of Korean doctors first raised the alarm that overdiagnosis may be to blame for the apparent outbreak of thyroid cancer.

What caused the Korean epidemic wasn’t an increase in cases of dangerous thyroid cancer. The rate grew so fast because the medical community started widespread screening of patients who had nothing wrong with them. The screening identified a lot of cases that probably wouldn’t have caused any problems. And identifying those cases led to treatment.

Looking back, we can see several telltale signs that the Korean cancer epidemic was not real. During the spike in thyroid cancer cases there was no corresponding increase in mortality. In 2011, more than 40,000 Koreans were diagnosed with thyroid cancer, but fewer than 400 died—a similar figure to previous years. In addition, the median tumor size of the tumors that were surgically removed got much smaller over time: from 20 millimeters in 1999 to 9 millimeters in 2008. Tumors of 9 millimeters are too small for patients or doctors to notice at high rates, a study in the BMJ said. “It is not possible that so many tumors of less than 20 mm were detected clinically.”

A group of Korean doctors first raised the alarm that overdiagnosis may be to blame for the apparent outbreak of thyroid cancer. In 2014, eight Korean doctors formed the Physician Coalition for Prevention of Overdiagnosis of Thyroid Cancer. The coalition wrote an open letter to the public that flagged screening with ultrasonography as the possible culprit for the spike in diagnoses. That led to media coverage, and in the next year, thyroid cancer operations dropped by 35 percent in South Korea.

Korea isn’t the only country that’s had a thyroid cancer “epidemic.” It’s estimated that 50 to 90 percent of thyroid cancers in women in high-income countries could be overdiagnoses, according to a 2016 report by the International Agency for Research on Cancer in collaboration with the Aviano National Cancer Institute in Italy. Korea was the most extreme example. An estimated 70 to 80 percent of women in Australia, France, Italy, and the United States with the diagnosis were misdiagnosed, according to the report. “More than half a million people are estimated to have been overdiagnosed with thyroid cancer in the 12 countries studied,” the IARC director said in a press release. He called the overdiagnosis problem a “serious public health concern.”

The overuse of medical services represents one of the greatest public health issues of the modern world. We don’t often think of the appropriateness issue in health care the way we think of Ebola or Zika. Yet new research, and my own personal conversations with many physicians overseas, seems to indicate that more people are harmed from unnecessary care or poor-quality care than from Ebola and Zika combined. In 2017, the Lancet produced a special issue on overuse called “Right Care.” It defined overuse as “the provision of medical services that are more likely to cause harm than good.”

There’s a continuum of overuse. At one end are tests and treatments that are beneficial when used on the right patient. At the other end of the continuum are services that are entirely futile or even so risky they should never be delivered. Some examples of overtreatment around the world cited in the Lancet series were unnecessary procedures performed at a rate of 26 percent of knee replacements in Spain, 49 percent of upper endoscopies in Switzerland, 55 percent of cardiac interventions and one third of hysterectomies performed in women younger than 35 performed in India, and 20 percent of hysterectomies performed in Taiwan. Fifty-five percent of Thai children with acute diarrhea inappropriately received antibiotics.

On medical travels throughout the world, I’ve asked physicians to tell me about the burden of unnecessary medical care. They don’t hold back. A general surgeon from Sudan told me of a patient who was told by another surgeon that she needed a mastectomy of both her breasts for a small lump in one breast that was never biopsied. Not only that, the woman was told she needed to have the surgery within 24 hours to prevent the cancer from spreading. Of course, the recommendation was bogus, and the tight time frame was nothing more than a technique to manipulate patients into having surgery and not getting another opinion so the surgeon doesn’t lose business.

A pediatrician in North Africa told me a child was taken for heart surgery and only had the skin cut open, then immediately sewn shut at the time of surgery. The parents were told by the surgeon that a heart operation had been performed. Another surgeon told me of a doctor who, while doing a colon operation, removed a kidney to transplant into another patient without asking the patient. The scandal of inappropriate medical care can sometimes be criminal.

One of the surgeons I became fond of in Egypt, Dr. Sami, demonstrated to me how he takes the surgical specimen out to the waiting room and shows it to the family. I couldn’t believe what he was doing. My patients back home would probably vomit and give me one star in all the online reviews. In the Middle East, he explained, some families ask to see the specimen with their own eyes to be sure that the operation was actually performed.

Adam Elshaug, professor of health policy at the University of Sydney in Australia, was a contributor to the Lancet special issue on overuse. When he was asked in a Q&A with the Commonwealth Fund whether the problem of overuse is as bad as we’ve been led to believe, he said, “It might be worse. Evidence suggests that the world’s various health care systems are becoming even less efficient. We’re moving in the wrong direction.” 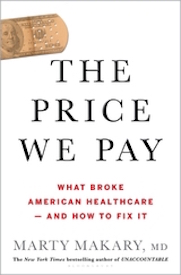 Marty Makary, M.D., M.P.H. is a surgeon at Johns Hopkins Hospital and a professor of Health Policy at the Johns Hopkins School of Public Health. He is a regular medical commentator for CNN and FOX News, and appears weekly on a wide variety of programs to discuss health topics. Most recently he appeared on FOX News Reporting: BEWARE! DANGER AT THE DOCTOR. He is a leading patient-safety researcher and led the World Health Organization effort to develop ways to measure healthcare quality. He tweets @DrMartyMD. He is the author of The Price We Pay: What Broke American Health Care—and How to Fix It (Bloomsbury, 2019). 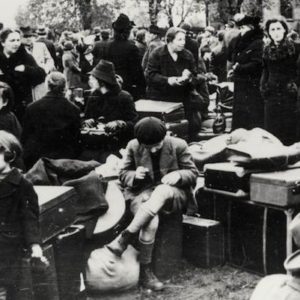 The late 1940s and early 1950s were formative years in Europe’s migration history. Millions of uprooted people looked for somewhere...
© LitHub
Back to top
Loading Comments...