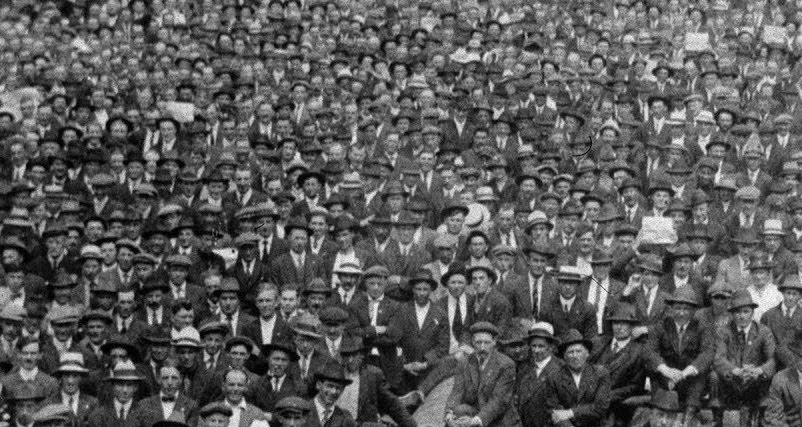 As climate activists gather in hundreds of cities around the world today, Amazon employees will participate in the first strike at the company’s Seattle headquarters. Their action, spearheaded by the group Amazon Employees for Climate Justice, is part of the Global Climate Strike and inspired by the work of young activists like Greta Thunberg who have raised their voices to fight the climate crisis and point out that Amazon, and many other mega-corporations, are partially responsible for it.

As of today, 1,550 employees and counting have signed the pledge to walk out of their offices at Amazon starting at 11:30 am PST and join the Global Climate Strike to raise awareness of climate change and Amazon’s potential role in solving the crisis. Organizers say they expect an even stronger turnout, with thousands of Amazon employees converging on the Seattle campus’s Doppler building. Afterward, they will head as a group to join more climate strikers in the city.

Amazon itself is massive, employing an estimated 600,000 people worldwide, including thousands who work in reportedly dystopian conditions at their warehouses. The majority of the employees participating in the climate strike are part of Amazon Employees for Climate Justice, which originated in the relatively more comfortable environment of the company’s Seattle tech offices. The number of delivery drivers or warehouse workers participating in the strike is unknown.

Many of us already feel guilty whenever we order something from Amazon, even if that something isn’t a book. The e-commerce giant has changed the way we shop—yes, I want my lightbulbs immediately—leading the charge in the brick-and-mortar retail apocalypse. Since Amazon’s rise, bookstores around the country have gone out of business, even though the overall number of independent bookstores actually increased between 2009 and 2015.

Amazon is also playing a part in a slower apocalypse, though it is quickly coming to a head: the climate crisis. In 2017 alone, Amazon package deliveries puffed as much as 19 million metric tons of carbon into the atmosphere, according to an estimate from 350 Seattle. The damage doesn’t stop there; Amazon Web Services, the company’s cloud computing system, which hosts data for hundreds of companies, consumes massive amounts of energy. There were 61 AWS data centers across the US and more than 100 in locations around the world in 2018, according to documents supplied by WikiLeaks. AWS’ 38 data centers in Virginia alone consume 1.7 gigawatts of power annually, according to a Greenpeace report published this past February.

While Amazon is not one of the 90 companies mentioned in the Climate Accountability Institute’s 2017 Carbon Majors report responsible for the majority of global emissions, Amazon Web Services hosts several that are, including ExxonMobil and Shell. With this in mind, Amazon Employees for Climate Justice believe they can wield the company’s sizeable influence to do good and possibly mitigate the effects of climate change before it’s too late.

Before today’s climate strike, AECJ had already made headlines with its first major push for change. Roshni Naidu, a senior technical product manager at Amazon and a member of Amazon Employees for Climate Justice, talked to Lit Hub before the strike about the group’s first effort at reform: to pass a shareholder resolution, which included an open letter to Amazon’s CEO Jeff Bezos and the company’s board of directors. “That ultimately got denied,” she said. “But the one great thing that came out of it was Amazon launched Shipment Zero, where they say that they will have net zero emissions for 50 percent of their shipping by 2030.”

Naidu had never seen the effects of climate change as vividly as when she visited Ecuador this year. “They got the most rain that they have in about 30 to 40 years,” said Naidu. “And they have the highest humidity that they’ve ever had during the rainy season, and so a lot of their crops were destroyed. It’s directly related to climate change. Now they have to import groceries from other countries.”

Seeing that impact, Naidu knew she had to take action. “As an employee of Amazon, [the company] really empowered me to make a lot of really big decisions. I feel like Amazon should be able to do more. And so I’m walking out and trying to convince my co-workers to do the same.”

Thursday, a day before his employees planned to walk out, Bezos revealed a massive plan committing Amazon to becoming net-zero for carbon emissions by 2040, a decade before the Paris Accord’s goal of 2050. The plan also calls on other companies to do the same and to regularly measure and report their greenhouse gas emissions, implement decarbonizing strategies, and neutralize remaining emissions in a quantifiable way. For Amazon, that means investing $100 million in reforestation, purchasing 100,000 electric delivery vans, and more.

“We want to use our scale and our scope to lead the way,” Bezos said Thursday at the National Press Club in Washington, DC in a press conference. “One of the things we know about Amazon as a role model for this is that it’s a difficult challenge for us because we have deep, large physical infrastructure. So, if we can do this, anyone can do this.”

Naidu says she’s “over the moon” about the change, but the group still plans to move forward with the strike. “This is a direct display of the power that employees have to influence their companies to change the world,” said Naidu, responding to Amazon’s new plan. “When we started, we weren’t entirely sure how it would play out but now we hope that we have inspired other employees to fight for the large changes they believe in.”