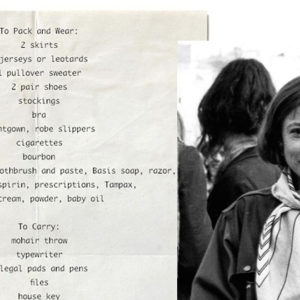 Here is a list, if you can bear the rhythm of one damn thing after another, for which the technical term is parataxis: a mode...
© LitHub
Back to top