Also on Lit Hub: The literary film and TV you should stream in November • Chasing local folklore at the edge of the ocean • Read a story from Zsolt Láng’s newly translated collection, The Birth of Emma K. (tr. Owen Good and Ottilie Mulzet)

Carl Phillips on the Value of Silence for Writers 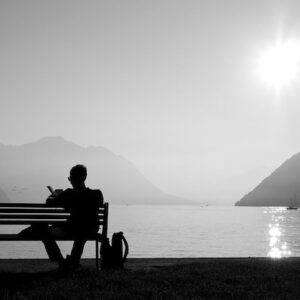 Carl Phillips on the Value of Silence for Writers

The following is an excerpt from My Trade Is Mystery: Seven Meditations from a Life in Writing by Carl Phillips and appeared...
© LitHub
Back to top