TODAY: In 1892, “Father of the Japanese short story” and author of “Rashōmon,” Ryūnosuke Akutagawa is born.

Also on Literary Hub: Wayne Koestenbaum talks Sontag and Proust with Paul Holdengraber · When Vargas Llosa met Cortazar in Paris, city of exiles · Read a story from Anjali Sachdeva’s debut collection, All the Names They Used For God.

Song of a Captive Bird 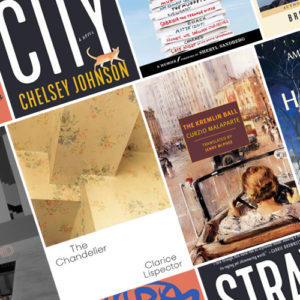 Go Home!, ed. Rowan Hisayo Buchanan (The Feminist Press) “Where is it that Japanese-Chinese-Scottish-English-American...
© LitHub
Back to top