Also on Lit Hub: A poem from Mark Bibbins’ collection 13th Balloon • How does focusing on the self affect a woman’s sex life? • Read an excerpt from Sue Rainsford’s debut novel Follow Me to Ground.

Even the Founding Fathers Couldn't Envision a President Like Trump

Roxane Gay's favorite book of 2019 was Girl, Woman, Other. 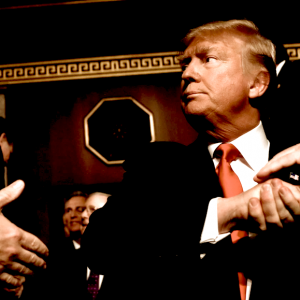 Even the Founding Fathers Couldn't Envision a President Like Trump

Of course President Trump was acquitted in the Senate yesterday. Any other outcome, any charge against him—not even counting...
© LitHub
Back to top