Also on Literary Hub: On the man who brought avocados to America, David Fairchild, food explorer · You can go home again: When your research takes you deep into your past · A short story from Michael Andreasen’s collection, The Sea Beast Takes a Lover

On the Eerie, Enduring Power of the Rorschach Test

Men of a Certain Age: On Sex, Privacy, and Pornography 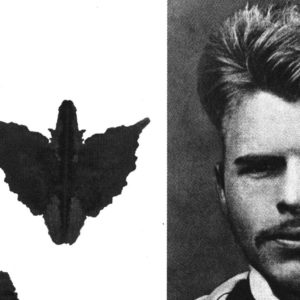 On the Eerie, Enduring Power of the Rorschach Test

Victor Norris had reached the final round of applying for a job working with young children, but, this being America at the turn...
© LitHub
Back to top