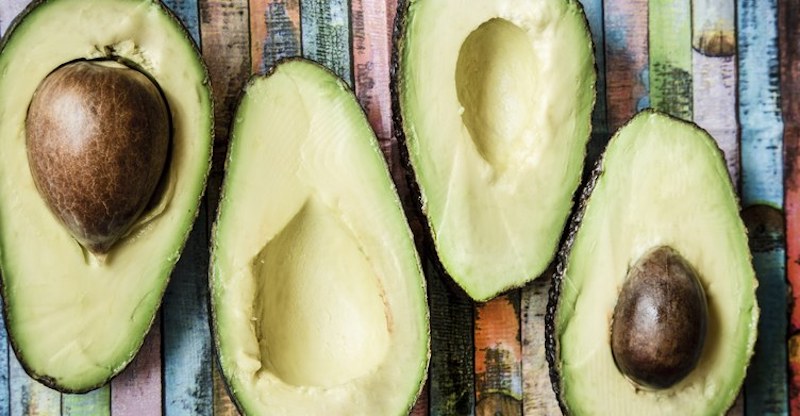 The Man Who Brought Avocados to America (And More)

On David Fairchild, One of the Last Great "Food" Explorers

One of the humbling parts of being an American is the regular reminder that no matter how swollen America’s pride or power, nothing has been American for very long.

I was at my desk one morning researching a story for National Geographic when I came across a map showing where popular crops were first domesticated. Florida’s famous oranges grew first in China. The bananas in every American supermarket originated in Papua New Guinea. Apples that Washington claims as its heritage came from Kazakhstan, and Napa’s grapes saw their first light in the Caucasus. To ask when these became American crops seemed a little like asking how people from England became Americans. It was, in a word, complicated.

But as I continued to dig, deeper and deeper, there appeared to be a moment of clarity, a moment in history when new foods arrived on America’s shores with the suddenness of a steamship entering a harbor. The late 19th century—a time known as the Gilded Age, the rise of industrial America, the golden age of travel—was a formative era in the United States. The opening of oceans and countries allowed a young scientist named David Fairchild to scour the planet for new foods and plants and bring them back to enliven his country. Fairchild saw world‑changing innovation, and in a time that glorified men of science and class, he found his way into parlors of distinction not by pedigree but through relentless curiosity.

The way I became obsessed with this story seems, in retrospect, predictable. All my life I’ve been fascinated by fruit, the more tropical the better. When I was a kid, my parents took my sister and me to Hawaii because my dad thought we needed to “see things.” I ate two whole pineapples, followed by a stomachache that burned hotter than Mauna Loa. Sometimes at home my mom would cut me a mango by shaving down the sides, and while I ate the pieces, she’d keep whittling away at the stone. It was mangoes, not my dentist, that taught me the value of floss.

In college, I worked on a farm, walking the hot rows of an orchard grading peaches. The goal was to find the superior varieties to prioritize for the following season, like performing eugenics on fruit. But distraction came easy. I’d finish shifts with the juice of dozens of peaches soaking my shirt, and, again, usually a stomachache. Before I moved to Washington, D.C., to write about politics, a friend offered me a job on his farm, picking fruit and selling it at the kind of Northern California farmers’ markets where people use words like “varietals” and “terroir.” I declined so I could follow a dream, although I spent years sitting in congressional hearings imagining my alter ego, windows down in a pickup truck, on empty farm back roads.

Several years later, when I heard about Fairchild, what struck me first was that this was a man who had made fruit his job—and not just familiar crops, but things no one had ever tasted. When I told friends how Fairchild had given the United States its first official avocados, people wanted to nominate him for sainthood. I started to enjoy reciting his greatest hits—dates, mangoes, pistachios, Egyptian cotton, wasabi, cherry blossoms—and watching people’s eyebrows go up. Almost every time they would say something like, “Gosh, it never dawned on me someone brought those things here.” We tend to think of food from the ground as a type of environmental entitlement that predates humans, a connection with the raw planet itself. But what we eat is no less curated than a museum exhibit. Fairchild saw the opportunity in a bare canvas to add new color and texture.

Fairchild’s life is the story of America’s blooming relationship with the world at the turn of the 20th century. He visited more than 50 countries, almost all by boat, before airplanes and automobiles shrank the planet. His passions and interests preceded our modern‑day fixation on food and what the economic, biological, and ecological effects are of a meal’s cultivation, transport, and consumption. Fairchild was the embodiment of boundless hunger and insatiable wanderlust, and his life’s work was a quest to answer, What else is out there?

And yet his story is also one of frustration and drama, of being on a deadline as America’s excitement for the world turned to a xenophobic fear of the unknown. Fairchild’s star was attached to America’s, and as its attention scattered in the onset of world war, Fairchild’s ingenuity faced the angry criticism of a nation crouched in fear.

He was a man with a lot to say, and he wrote everything down. I read his love letters, his rough drafts, his ponderings on the backs of envelopes and napkins. I read as he recalled his encounters with Alexander Graham Bell, Teddy Roosevelt, and George Washington Carver. I could sense how much he’d hate to see a book written about him, to receive credit even though, as in so many stories, his life’s path was made possible by other people’s work, money, and sign‑off.

There’s a wistfulness in Fairchild’s story, of seeing a man and a moment no longer possible. A world interconnected by culture, science, and communication, a world where people can travel thousands of miles in a day, can make someone reasonably ask, Is there anything on Earth left unexplored? I’ve spent many hours wondering what Fairchild would say to this, whether he’d see the aftermath of his life as a terminal end to the grand quests of earlier eras.

Then one day a few summers ago, I found myself in Florida in the living room of Helene Pancoast, Fairchild’s 81‑year‑old granddaughter. She used to take long drives with her granddad from Miami to Nova Scotia, during which he’d pepper her with questions and encourage her curiosities. She now lived just a few blocks from where she grew up, and her backyard had the palms Fairchild had fallen in love with in Indonesia. I asked her about what I’d been wondering so long: whether Fairchild would still find new questions in a world full of answers. She grabbed my arm and looked me square in the eye. “He used to say, ‘Never be satisfied with what you know, only with what more you can find out.’” 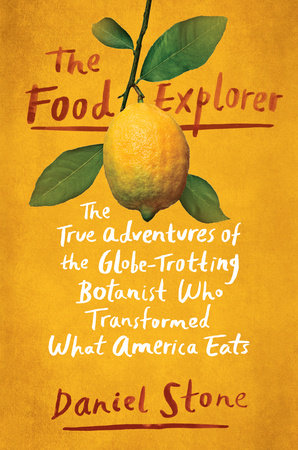 Daniel Stone is a staff writer for National Geographic and a former White House correspondent for Newsweek and The Daily Beast. A native of Los Angeles, he holds degrees from UC Davis and Johns Hopkins University.

What’s It Really Like to Have Your Book Made Into a Movie? 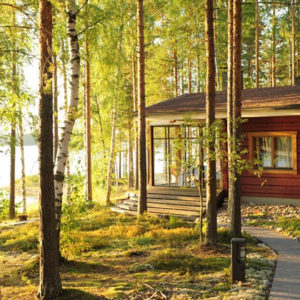 I am an adult orphan. I have no siblings. I have no children. Both my parents have passed, as have their siblings and parents....
© LitHub
Back to top
Loading Comments...