Also on Lit Hub: Looking for a unifying principle on the left · Five Books Making News: on coding, Buddhism, and more · An excerpt from Jane Gardam’s novel, The Flight of the Maidens. 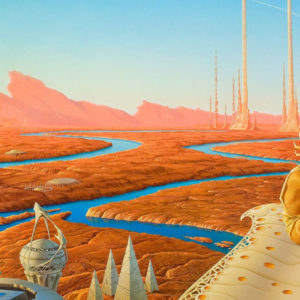 Just before his death in 2012—which, by celestial happenstance, was the same day as a rare transit of Venus—a new essay...
© LitHub
Back to top