We Need a Diagnostic Metric For Racism

Dr. AC Lynch on How Systemic Prejudice Kills in More Ways Than One

I started writing this essay a little over a year ago, while I was catching up with a friend who was in the throes of immigrating to France from the United States. As she described the amazingly detailed hoops that she was jumping through to make this move, we started talking about the state of race relations in the United States. While I watched the festival of life float along the canals of Saint Martin the last thing that I wanted to discuss was just how bad things had become. She finally got me to open up when she asked if I thought things would improve anytime soon. In that moment, my honest answer was no. Meaningful change in the United States would require that we have painful conversations, recognize a horrible past, and acknowledge racism still exists as a disorder. When she pressed forward with the conversation, I skipped right past the microaggressions and racially charged quips that have been lobbed toward most Black Americans for years and went on to tell her about an interesting case of how racism became a factor in the care of my patient.

There are many conditions that require a referral to a specialist, a physician who primarily cares for a unique and rare condition. As a surgeon practicing in a small town, there are a few conditions that require transfer to a larger facility the closest of which is 60 mins from my hospital. I have a patient that I have cared for, for several years. He has an issue that required a treatment I could not provide.  Like most people he is comfortable with his doctor, and he has no desire to travel anywhere else for care. After several years of prodding him to have this fixed, he finally agreed. I referred him to the larger university and my office staff were pleased because, he is generally a disgruntled patient who is difficult to please, is known for throwing temper tantrums, and has been warned on numerous occasions by myself and other staff members that he is not to used racially charged language.

The following month he was back in my office to tell me that they had discharged him from the larger institution because of non-compliance. He went on to tell me that he yelled at the physician who was seeing him because he wanted to schedule a second appointment prior to the date of his surgery. To make this clear he yelled not because the physician wanted another visit but because he believed the physician only wanted to see him twice so that he could be billed twice to pay for (insert-minority group here) to be cared for. When I explained that this was not possible, he went on to tell me that he watched Fox News and he knew this to be a fact. He may have heard one story on the news and created a racist delusion that he now believed.

After sitting with him for thirty minutes explaining the process of evaluation and informed consent, I got him to agree to go back. When I called the office to make a follow up appointment the institution declined my request. The patient was barred from their facility for harassment of the physician and other patients. If this patient wanted surgery, he would now have to go somewhere else.

After spending several visits with him that were similar in length, preparing him for the various types of people that he may encounter in this more metropolitan area, I realized that I am treating this man for his racism.

While lawmakers are doing the difficult work of declaring racism a public health emergency, have physicians done the work of labeling it a disease?

Now this may seem odd, but the charting and billing aspect of medicine in the United States is interesting. When a physician fills out an electronic medical record the patient’s diagnosis must have a code. There are codes for basic things like a well patient visit in which the patient does not have a medical problem but is undergoing preventative care, such as cancer screening, or vaccination boosters if indicated. A patient may be seen for a medical condition such as diabetic care, which has one code, and if the care of the patient requires an adjustment of the medication there is a modifier, or if the patient requires education there is another code. If a patient is engaging in risky sexual activity there is code Z725 for high risk sexual behavior, or if the patient is a smoker, and requires smoking cessation counseling f17.20. There are even a list of exotic but true ICD 10 codes V91.07xa is designated for a patient who was burned while his water skis were on fire, T75.82xa is designated for a patient that was exposed to a weightless environment (outer-space), there are practically codes for every medical conditions that exists or that you could dream of, but when I queried the code book for racism the closest thing that I could find was a delusional disorder.

When I took my time and researched this issue, I realized that I was not the first physician to wonder if racism could be diagnosed and treated. I found one lonely submission by Dr. Poussaint asking for racism to recognized as a mental disorder. The DSM5 which is the latest compendium of psychiatric disorders fails to list racism is a disorder. While lawmakers are doing the difficult work of declaring racism a public health emergency, have physicians done the work of labeling it a disease? At this point the answer is no.

Why is this important? Who cares if physicians can diagnosis and treat racism? The answer to most Americans is clearer now than it has ever been. On June 17, 2015 the actions of a 25-year-old American terrorist rocked the nation when Dylann Roof murdered nine people who were praying at Mother Emanuel A.M.E Baptist church. On August 12, 2017, the world watched as white nationalist chanted Jews will not replace us while carrying tiki torches. Emmett Till, Trayvon Martin, Tamir Rice, Breonna Taylor, Sandra Bland, Eric Gardner and George Floyd are all the victims of racism.  In America where overt acts of racism are so common that a good number of them fail to reach the national news the ability to acknowledge racism as a disease can lead to transformation. Just as the diagnosis of drug abuse has evolved from labeling people crack-heads and placing them in jail in the eighties to a diagnosis of drug misuse and rehabilitation today, those affected by racism in 2020 would be able to seek treatment for effects of racism.

Just like Polio is largely a disease of yesteryear, might racism be extinguished as well? Several years ago, a group of endocrinologists recognized that certain prognosticators were clear harbingers of impending diabetes and now most clinics and hospitals have a clear prediabetic treatment pathway. Once that patient is identified they are given access to a nutritionist and when indicated they are treated with small doses of diabetic medications. On the island of Oahu physicians recognized that homelessness could be diagnosed as a medical condition and treated by prescribing housing. When we see the signs of an impending illness physician’s step forward and counsel patients this is our duty. What can we do once we have identified a patient at risk of becoming racist? The interesting thing is there are many options for an intervention that could include education and counseling, but we must recognize this as a diagnosis first.

AC Lynch is the daughter of a NYC bus driver and NYC public school teacher. She is a member of the beloved first generation Caribbean American community. She completed a B.A. in Theatre from Queens College CUNY after which she taught as a Kindergarten teacher in lower East New York. She completed a combined M.D., M.P.H. and Urology at New York Medical College. Upon completing her training, she joined a private practice in Pennsylvania and entered flight school where she obtained her private pilot’s license. She currently lives and practices in upstate New York where she enjoys flying, writing, reading, tinkering, and cultivating a taste for the hobbyist lifestyle. Most recently, she completed her MFA in Creative Writing from NYU in 2019. 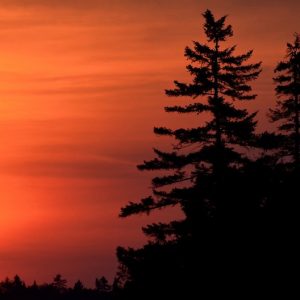 Dear JF, Happy Juneteenth! I am going to pretend that it’s a national holiday until the rest of the country catches...
© LitHub
Back to top