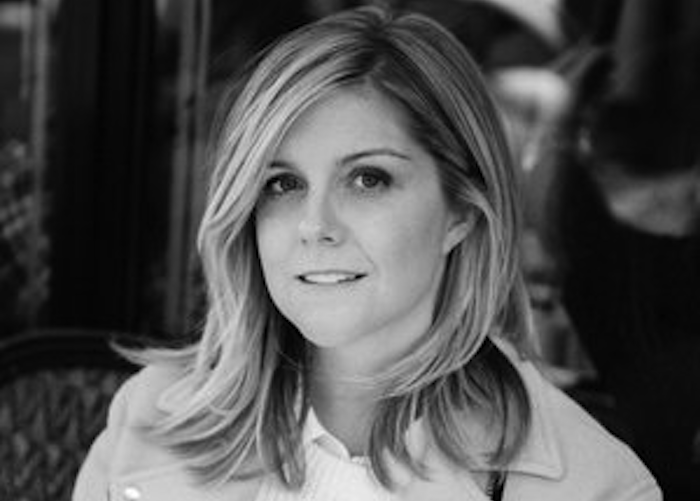 Stephanie LaCava Talks to the Author of When in French: Love in a Second Language

When in French: Love in a Second Language is New Yorker staff writer Lauren Collins’s memoir of falling in love with a Frenchman and navigating life overseas. It isn’t a linear story; instead Collins combines episodic anecdotes with heavily researched passages exploring linguistics. Appropriately, section headings make use of complicated French verb tenses. Flashbacks are simply “The Past” (Le Passé composé), for example; Collins’s childhood is “The Imperfect” (L’Imparfait); and the more recent past is “The Past Perfect” (Le Plus-que-parfait). As Collins tells it, “I could have given each episode the conjugation test to figure out where it should go in the book.”

The subject matter is not so surprising when one considers Collins’s body of work at the New Yorker, where she’s been a staff writer since 2008, and a correspondent based in Europe beginning in 2010. While her most-cited profile subjects include Michelle Obama and Donatella Versace, other pieces hint at the linguistic bent of this very personal narrative. For example, in February of last year, there was “À la Carte,” in which Collins dines in Kensington with the author of a book called The Language of Food: A Linguist Reads the Menu. Or “Mother Tongue,” a postcard from London in 2013 that considers the language of news, and includes a moment with the British author of the book Romps, Tots and Boffins.

In a recent profile of Melania Trump, Collins writes, “The most un-American thing about her is that she is discreet about her weaknesses. She doesn’t attempt to bond by deprecating herself.” This sort of culturally aware observation occurs throughout When in French, evidence of its thoughtful author’s personal life as well as the intricacies of cross continental exchange.

Stephanie LaCava: The American-abroad memoir is a tricky genre. Publishers seem to think there’s an endless market for them, but if they’re not written with the right amount of distance or self-awareness, they can be alienating rather than endearing. What’s effective about this book is that you’re so funny and humble. Were you conscious of this—cautious of your voice?

SL: You had that Janet Malcolm moment?

LC: Who doesn’t? I assumed I was going to do something that was a version of my journalistic work, which has never veered into memoir in the slightest. This was kind of one of those proverbial moments: The book chose me, rather than vice versa. I very improbably moved to London, then met Olivier, and then suddenly I was an American married to a Frenchman I met in England.

SL: Even so, the book is structured like a macro version of one of your reported stories, with deep research about language throughout.

LC: It’s true that the book is an outgrowth of my journalistic training and habit. I don’t know that every reader is going to love that. I hope it doesn’t feel herky-jerky. What I wanted to do was have little palate cleansers after the heavy, greasy, creamy, fatty stuff of the love story and the memoir.

SL: Was it retroactive? Or were you collecting material all along the way?

LC: I was learning a new language. I’d read an article that said that bilinguals are going to live longer and, of course, I was like, “‘Click.’ All this time I’ve spent doing my flashcards will be worthwhile!” I was gathering strings all along.

I hope it has a lot of myself in it. In the earliest kernel of the idea, I thought the book was going to be more about French—I knew I wanted to write a memoir and thought the memoir would be mainly about language. I also didn’t want to conflate language and culture and language and society. This memoir is about French, but I wasn’t living in France, I was living in Switzerland. I needed very clear scaffolding.

SL: The way the book engages with the world of translation reminded me of how under-appreciated translators are. Your book speaks to how this very particular skill also informs their own writing in either language.

LC: It’s a fascinating process, doubly here. The book was translated into French. What a mind-fuck for the translator: to be translating an English-language book about French into French. The fact that it’s about language gives rise to all these meta-dilemmas. I have the word “frenemy” in one place and she rendered in “en-ami(e)” I thought that was great. Maybe it’s been done before, but I thought it was so clever. Translation requires that level of creativity and problem solving.

SL: Have you heard about this study that was done that found that children who speak two languages are much more likely to think before they speak?

LC: I did read that. I’m no neuroscience expert, but on an experiential level, I’m sure there’s some neural pathway that is transformed by bilingualism.

SL: When in French is a memoir about love, but there isn’t anything explicit about seduction or sex. You address these themes indirectly, via the nuances of language. Toward the end, you write, “I had once interpreted Olivier’s reticence as pessimism, but I now saw the deep romanticism, the hopefulness, of not wanting to overstate or to overpromise . . . Love was not fusion.” That’s something your mother-in-law, Violeta, has alluded to. It’s a viewpoint you come around to, slowly.

LC: I might have written the world’s first mother-in-law memoir. I adore her. She’s hilarious and warm and really present in our lives. That’s one reason she’s such a big part of it.

Here I was in midlife, trying to enter this other culture and language and become a wife and then a mother. I had no friends in Switzerland. I realized that Violeta is, by leaps and bounds, the French woman I know the best. It’s both affinity and proximity.

SL: Interestingly, your mother-in-law—a loaded idea in American culture—is your instructor on being mysterious and mindful.

LC: You step up your game a little bit when your mother-in-law is riding a bike in heels.

Americans are taught that our lover is supposed to be our best friend, that love is unconditional. It was a revelation when I started to understand some of the underpinnings of it. I was really hurt at first. I was like, “Why don’t you want to brush our teeth together?” I took it as a rejection of me. I don’t subscribe to the idea that you can extrapolate everything about a culture from their idioms, but even so, we say, “Warts and all.” I had it instilled in me that any attention to presentation and appearance was the opposite of love. That love was manifested when you’re at your worst.

SL: There’s a line from the film version of Love Story that’s often taken out of context: “Love means never having to say you’re sorry.”

Stephanie LaCava is an author and journalist living in New York City. Her writing has appeared online and in magazines such as Texte zur Kunst and The Believer. She is the author of An Extraordinary Theory of Objects: A Memoir of an Outsider in Paris (HarperCollins) In 2013, LaCava was a judge alongside Lidia Yuknavitch and Maggie Nelson for the Creative Nonfiction category of the PEN American Center’s Literary Awards.

How Being a Bookseller Made Me a Better Writer 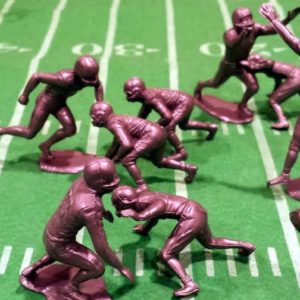 On Sundays I enjoy watching football. Enjoy, probably, is the wrong word. If the Patriots are playing at 1pm, I wake up early,...
© LitHub
Back to top