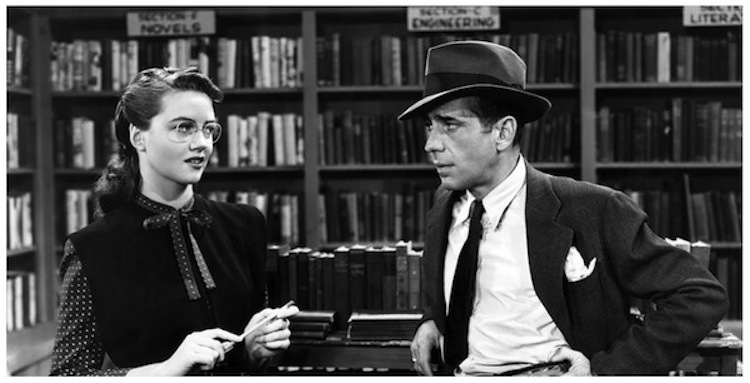 How Being a Bookseller Made Me a Better Writer

Kea Wilson on Standing Face to Face with Actual Readers

I got my first bookselling job six months out of college, in a strip mall near the railyard in Santa Fe. Really, I wasn’t a bookseller so much as I was assigned to the book department for most shifts; the store was a big box entertainment depot that also sold Playstation consoles, the earth’s last comprehensive selection of CDs, and popcorn that sat inside a heat lamp-lit fish tank by the register from 8am to midnight, when an employee would put the remnants in a plastic trash bag to eat on the drive home. Mostly, my job was to shelve: infinite numbers of used science fiction and Crock Pot cookbooks and every single extant edition of the Bible that I’d have to move off a three-tiered library cart at a pace that made it impossible to browse. I remember talking to maybe three customers per shift, and almost never about novels, which is what I read on my dinner breaks at the Panda Express next door, and what I secretly wanted to write someday. I did meet Cormac McCarthy once—I’d heard he shopped there, and besides paying down my student loan debt, that was the other reason I’d taken the job.

Once, I heard another writer I admire give an odd, brilliant craft talk on the acknowledgements page of a novel. Of course, she said, you need to thank the residencies, the readers, anyone who contributed to the enormous amount of time or insight or money it can take to write a book. But why don’t more writers thank their bookstores? she asked. Not the specific books or authors, not the research materials or the curated list of literary influences, we know about those. What about the stores themselves?

I think about this when I talk about that first bookselling job, bent over a shelf of romance novels with an inventory scanning gun at 10:45pm. I think of it when I tell people that this job, and the much better bookselling job that followed it a few years later at Left Bank Books in St. Louis, were nearly as important a part of my education as a writer as my MFA workshops, or even the process of selling my first book. I’m not alone in this: I know dozens of bookseller-writers like me, many of whom are releasing their own books by night as they shelve new releases by day. There’s Benjamin Rybeck’s wonderful The Sadness (who wrote about his day-job here); Evie Wyld’s amazing latest, Everything is Teeth; little-known wunderkinds named Ann Patchett and Louise Erdrich and Amy Stewart and Edan Lepucki and on and on. I know a dozen more who haven’t published yet, but are polishing poetry manuscripts and science fiction epics that you’ll be clamoring to read in three years.

What does working in a bookstore do to a writer, that isn’t done in an MFA workshop or in some other, self-cultivated environment devoted to books? For me, it’s radically expanded my reading list, my relationship to books, and how I treat the work of other writers in relation to my own. In my MFA program, books were something that I consumed with a kind of nutritionist’s intentionality: about 50 percent of the books were assigned by my writing professors, and 50 percent was research for what I hoped would become my first novel, every one like a prescription applied directly to the part of me that might be able to write a book of my own. As famous model airplane enthusiast Cormac McCarthy once said, “The ugly fact is books are made out of books,” and I took that to heart in my graduate education, constantly calibrating my reading list to precisely engineer the kind of writer I thought I wanted to be.

As a bookseller, though, books became, first and foremost, physical objects. At my first bookselling job, they were mass markets with slick covers that you couldn’t carry in stacks of more than ten, shrink-wrapped art books that I had to wrap in bulbous anti-theft devices if they had any pictures of naked people inside. In my current job, they’re towers of carefully merchandised displays with hand-written yellow staff pick tags, or shelves of free advanced reader copies that sit opposite my desk and that I take home at a rate of about one a day. (A side note, to crush any unrealistic bookseller fantasies: I’ve always kept a reading log, and I’ve found that while I average a personal-record 175 books a year since becoming a bookseller, between ARCs and our employee book credit and the sad reality that there is no time to read on the clock, I will absolutely never come close to reading all the books I own.) Books have become something highly physical for me in my four years in this profession, and not simply because they are probably compromising the structural integrity of my house. They’ve become objects that I can use literally to summon people, that I group and arrange to attract the customers who I know will need them if they just see them in the right context, if they just pause to talk with me about what’s inside. Books are things that, literally, can change the direction a person is moving—and once they’re read, they often change people on a cellular level, along with their words.

The bookstore where I work now is full of people who know this to the bone. In the days after Michael Brown was killed in the street eight miles from our storefront, our booksellers spent weeks compiling lists and window displays and reading groups devoted to books that people needed most: The New Jim Crow by Michelle Alexander, Radley Balko’s Rise of the Warrior Cop, Claudia Rankine’s Citizen, countless novels about the black American experience. I’ve been privileged to get to know customers who have recognized themselves and felt seen for the first time by books like these, as well as customers who have never recognized this side of their country and whose entire way of thinking has been re-examined and changed. Books ask something simple and immense and very rare of us: that we willingly giving another person hours and hours of their active silence. What they give back—an individualized experience of another human brain—is not replicable by any other technology.

I started my novel as an MFA student, and I finished the first draft with an agent in New York, pushing me to hone and helping me find the way out of the woods. But I finished my book as a bookseller, in a store that stayed open as protestors lay down in the intersection outside our door and pretended to die, a store that stayed open as police growled up in riot control vehicles and stepped over the protesters’ bodies, picking out people to arrest. I’m a writer who spends her days in a store who sees many of those same protestors as customers, whose customers are looking for people to talk to and books to read and anything to help them see or be seen, to have their assumptions disrupted or their instincts honed. To write as a bookseller is to know that this is the real work of the books you write. It’s to learn, intimately and unforgettably, that the world of books is not hermetic, no matter how many years you spend alone at your desk writing them, no matter how many internet op-eds argue that the writers and readers of the world are a roughly identical group and that both are bred in university classrooms or publishing parties only. Here is why that argument is silly: Left Bank Books, Parnassus, Politics and Prose, over a thousand other independent stores that are thriving across America. Here is one way you can learn not just how to be a writer, but why: you stand behind a register, face to face with a customer whose whole trajectory of thought was altered by the book you sold them last week. Here is how it changes you, your work, all of it: how could it not?

Kea Wilson received her MFA from Washington University in St. Louis, where she lives and works as a bookseller. We Eat Our Own is her first novel. 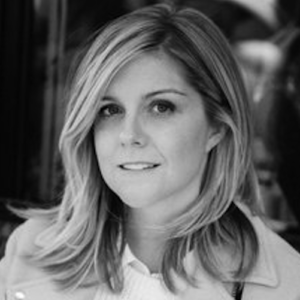 When in French: Love in a Second Language is New Yorker staff writer Lauren Collins’s memoir of falling in love with a Frenchman...
© LitHub
Back to top