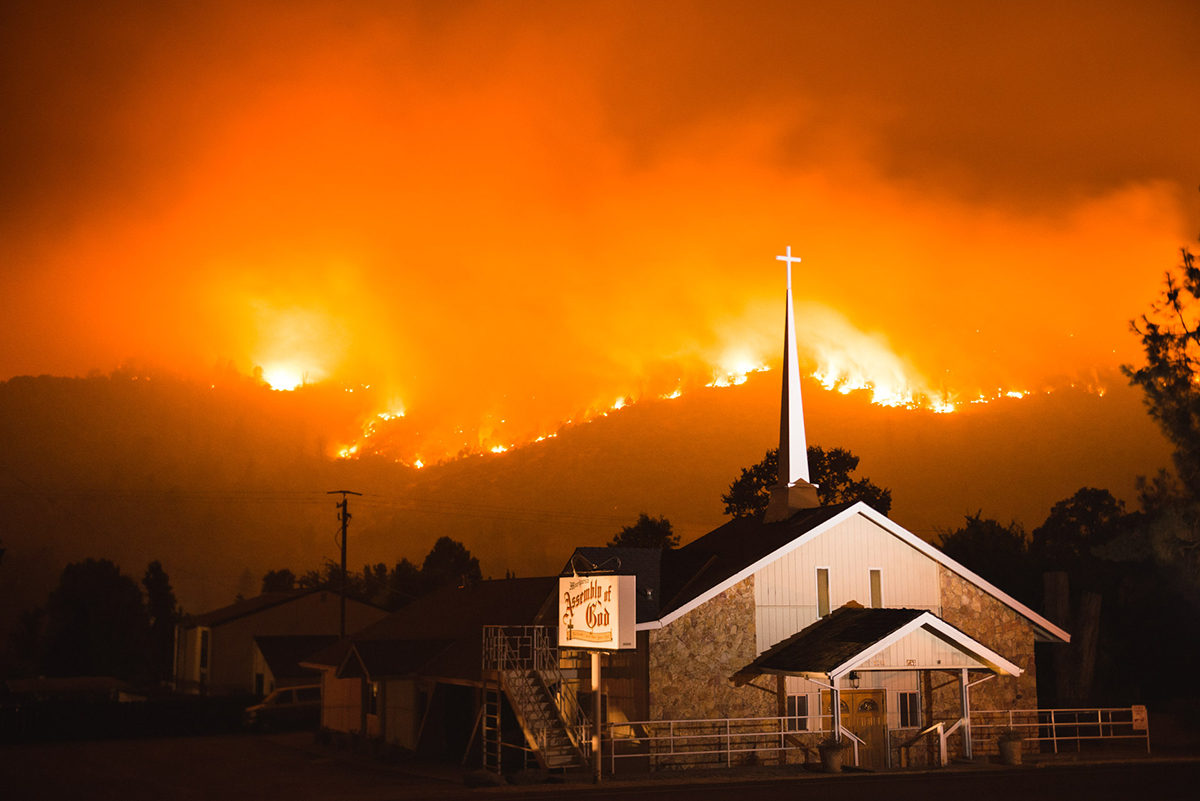 Jeff Frost and Lauren Markham, for The Longest Year: 2020+ Project

By Jeff Frost and Lauren Markham

The Longest Year: 2020+ is a collection of visual and written essays on 2020, a pivotal year that shifted our way of experiencing the world. In most publications, images work in service to words—here they work in tandem.  //  California residents Jeff Frost—an artist—and Lauren Markham—a writer—reckon here with that state’s ever-lengthening fire season, documenting the dire impacts of increasing drought and rising temperatures on life in the Golden State.

Have you ever been driving along, headed wherever you’re going, when the landscape suddenly opens up to post-fire char? A scene where blackened trees now spear the skyline, destroyed buildings lean like upright cadavers, and your spirit is brought to its knees? Since May, I have, for a smattering of reasons (reporting trips, a volunteer assignment, a vacation, an outdoor wedding) been on the road, driving through California’s cities and its backwoods, its deserts and its mountain meadows, its twisting river valleys and agricultural flats. And everywhere I’ve gone, I’ve encountered these excruciating scars.

Fire, that trickster’s loot, that gift from the gods, burned more than 4,000,000 acres of my home state last year—a number so vast it is mere abstraction. Most of the impacts of climate change are abstractions until they’re at your own door. How about this: the amount of California that’s gone missing is almost equivalent to the state of Massachusetts in size.

“We’re burning here,” I texted the Massachusetts side of family last September. For two weeks, I’d been living in a hellscape of toxic smoke, but back east they were all just carrying on with their lives. A few days later, the sky was so thick with soot that it was dark all day as if the sun, so weary with us, had opted not to rise. I might have stayed in bed, mourning and cowering, but had to go to work. Instead of driving I rode my bike with the logic that, if my home state was being cremated, I should at least be present for it, prostrate under its remains. I pedaled through that ceaseless twilight as the particulate wreckage of California blotted the sky.

Fire, now a normative fixture of our landscapes, our fears and our dreams, is easy to anthropomorphize. In the newspapers and in our diaries, fires rage like angry men. The fingers of the flames lick like a human tongue. Fires jump roads and climb hillsides; they outrun us, like thieves, or chase us, like assassins. To consider fire in our own image is an attempt to rend it from abstraction. But a fire, after all, is just fire—merely heat, oxygen and fuel.

This year promises even more fire. The flames have become backdrop to our lives. Perhaps because of this proximity, I’m beginning to feel compassion for fire—so maligned. Perhaps we anthropomorphize fire not just to understand it in human terms, but as a coded mechanism of blame. For the real threat is our overheated planet, our mismanaged forests, our foolish festivities and faulty wiring and interminable greed, human civilization’s wretched sprawl. The threat isn’t fire, it’s us.

Last weekend, I visited the Bristlecone pines national forest, home to what are perhaps the oldest trees in the entire world. We wound uphill from the sweltering flats of the Owens Valley, where thousand-year-old groundwater is pumped into aqueducts to keep Los Angeles’s pools filled and lawns green, to 14,000 feet where the ancient trees had set root over 4,000 years ago. Because their high desert landscape is so harsh, the Bristlecones develop a thick, impervious bark, which keeps them safe from pets and blight and which makes it highly unlikely that they’ll catch fire. The harshness of their landscape, in other words, is what permits them their eternity.

Looking out from their sparse forest, these trees have been witness to genocide, to men mining deep into the earth for profit, to the railway, the advent of power, the invention of the car, the airplane, fossil fuel. And in recent years, these trees have seen so much smoke rise. Today’s massive fires, it occurred to me there in the shadows of these endangered forbearers, are just the grand externalization of longstanding wounds. Like the trees, we humans find ways to survive our environments. I wish for thicker bark, though, for a home not on fire.

Photography and video by Jeff Frost 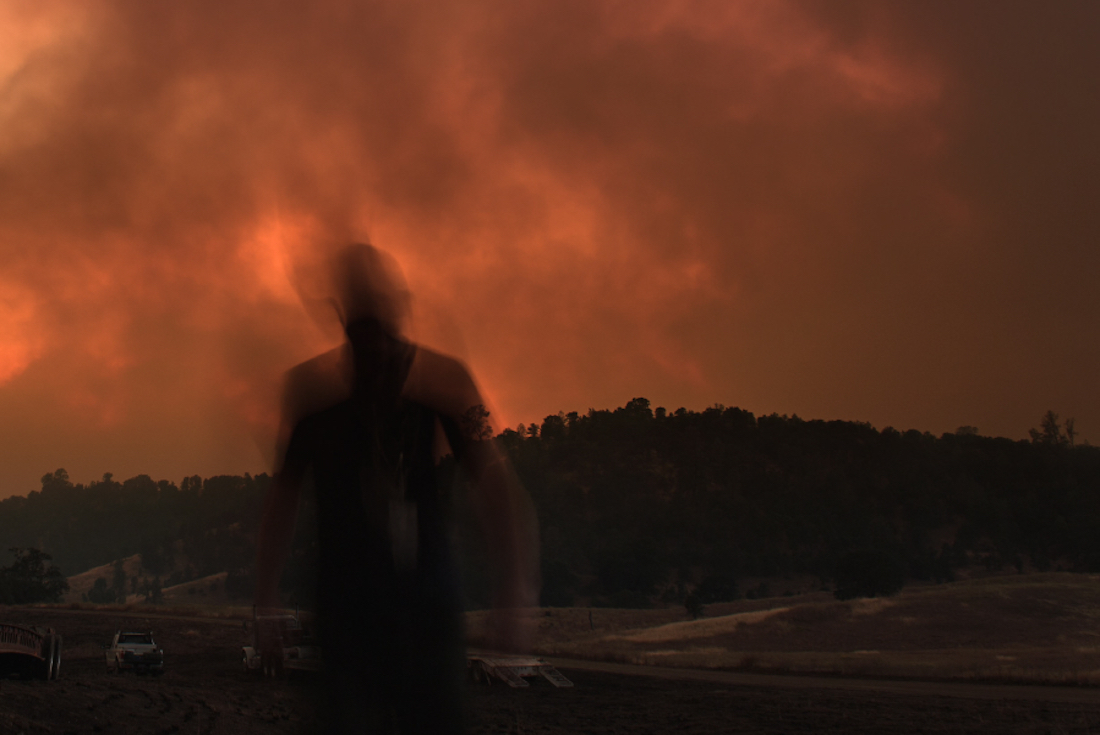 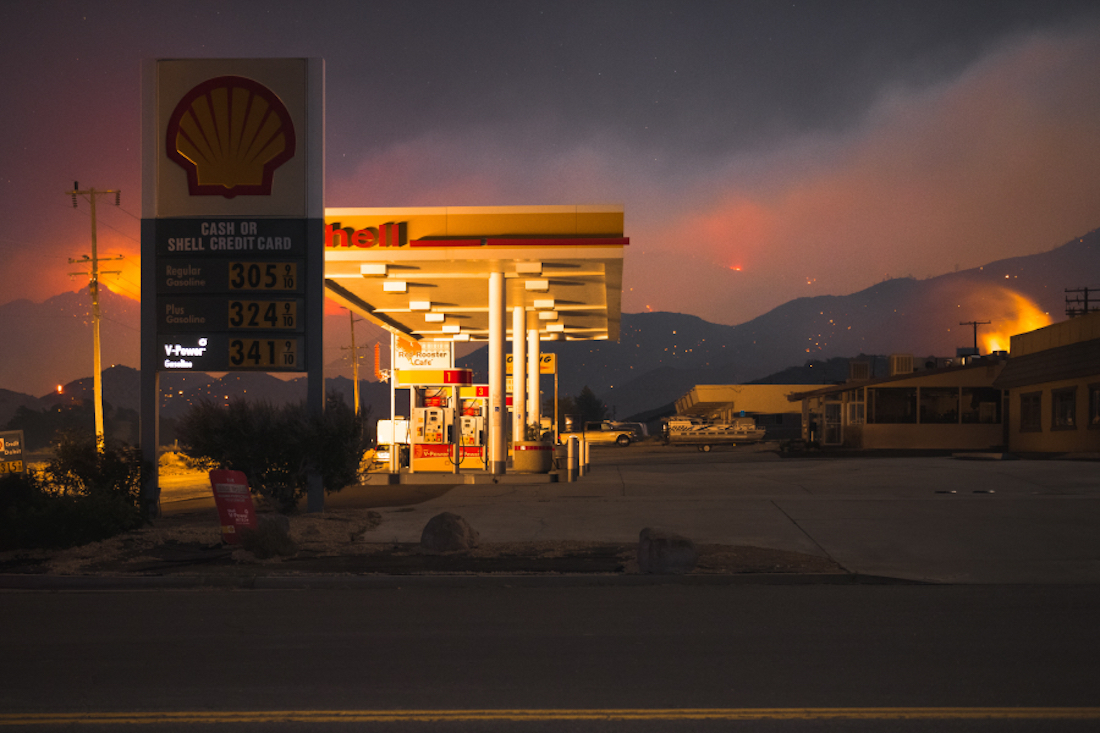 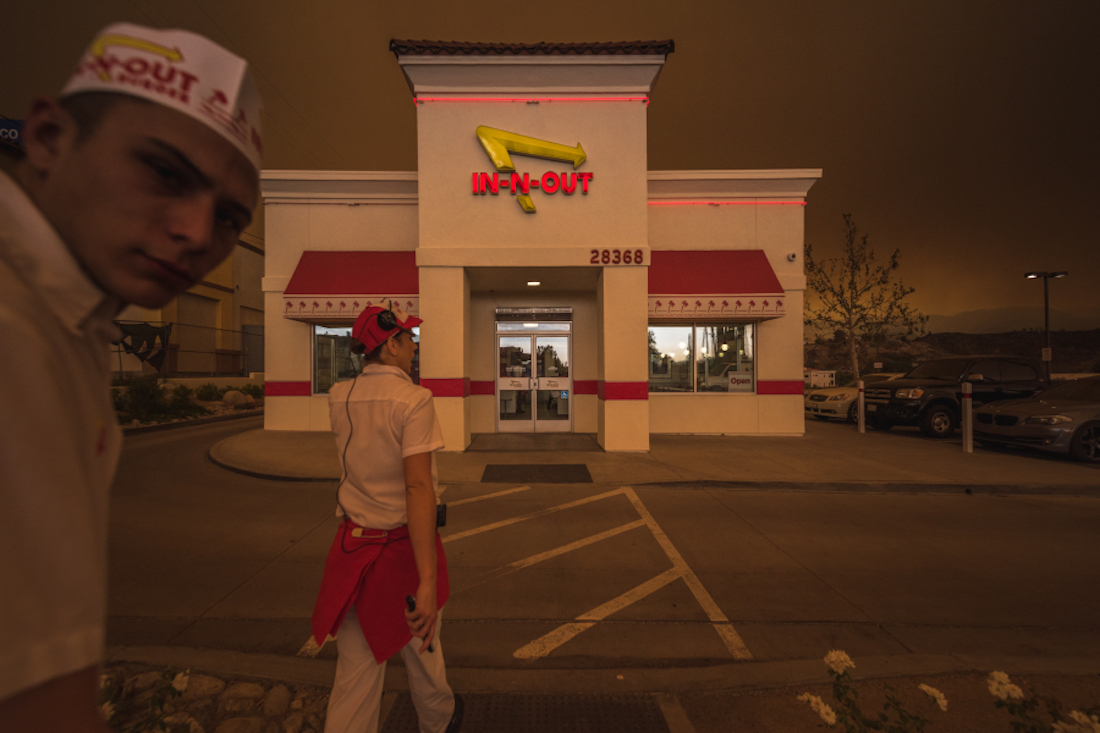 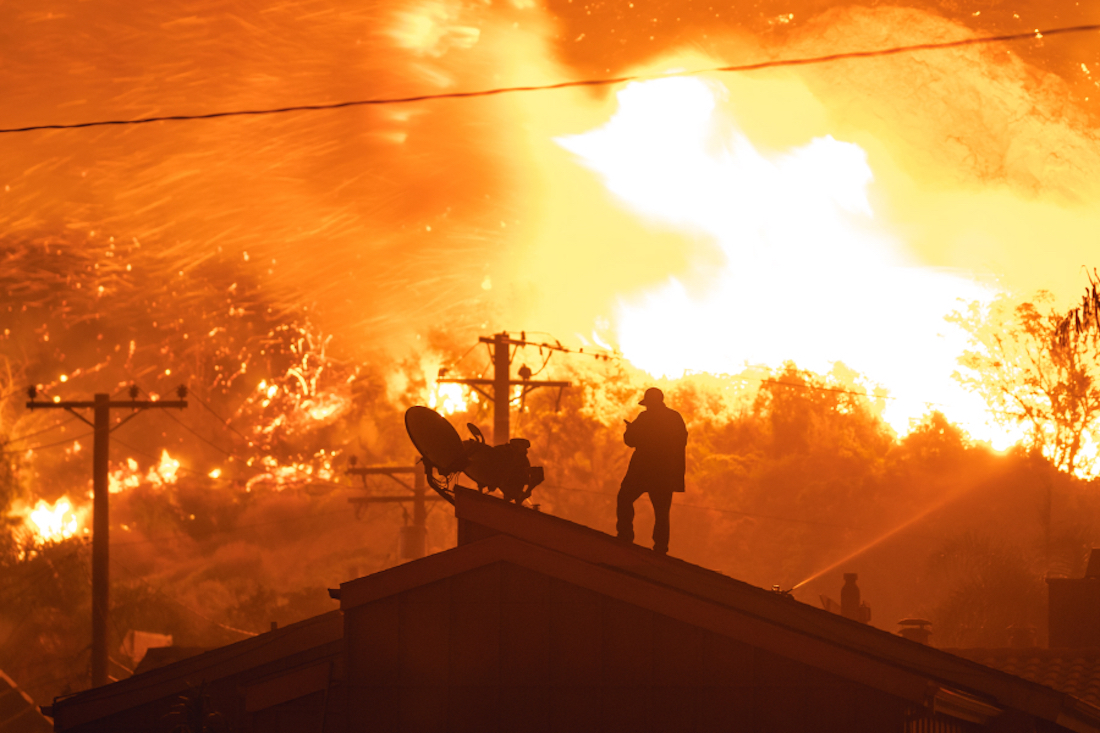 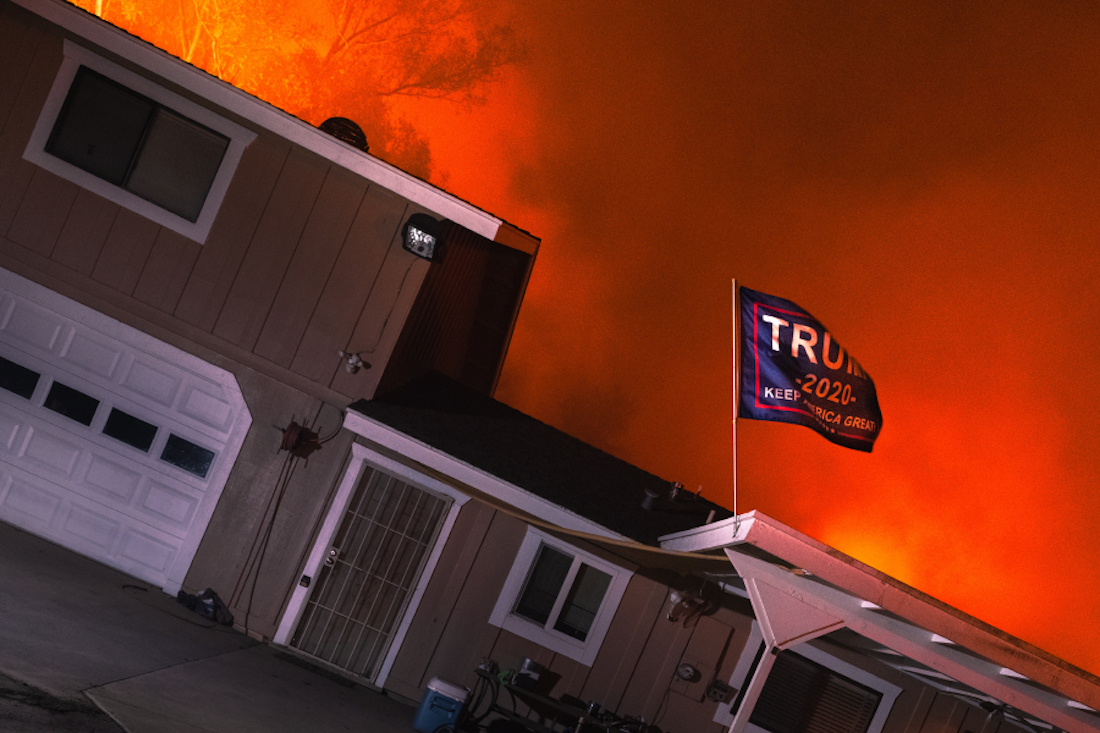 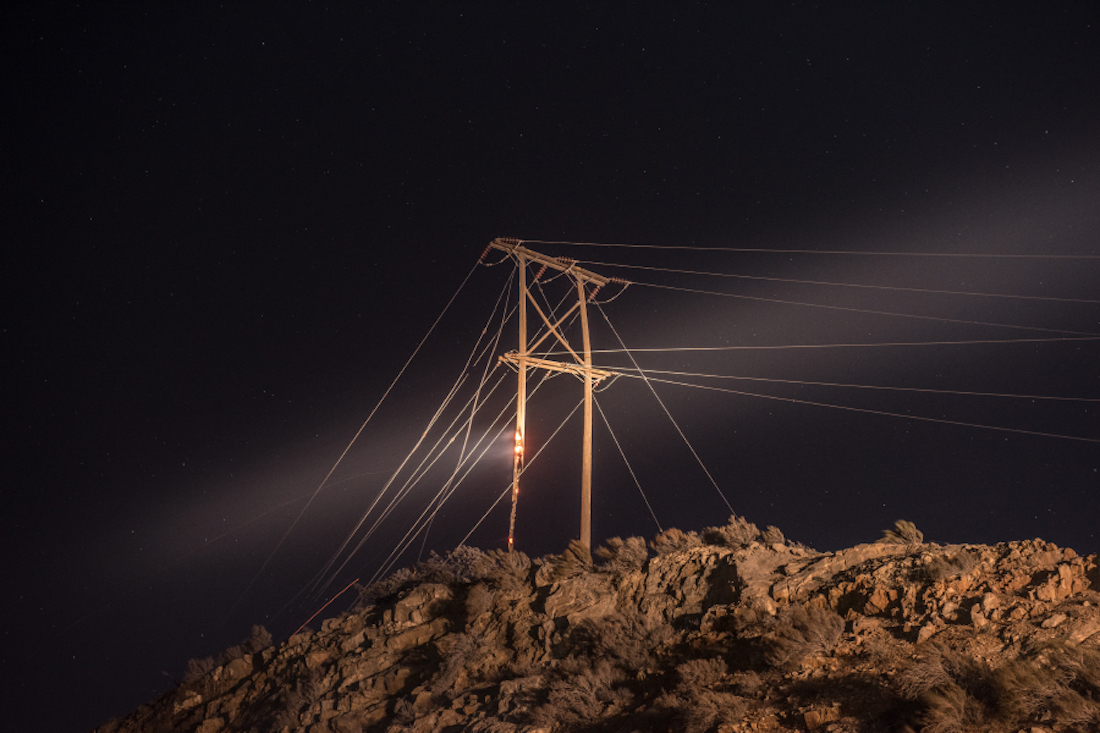 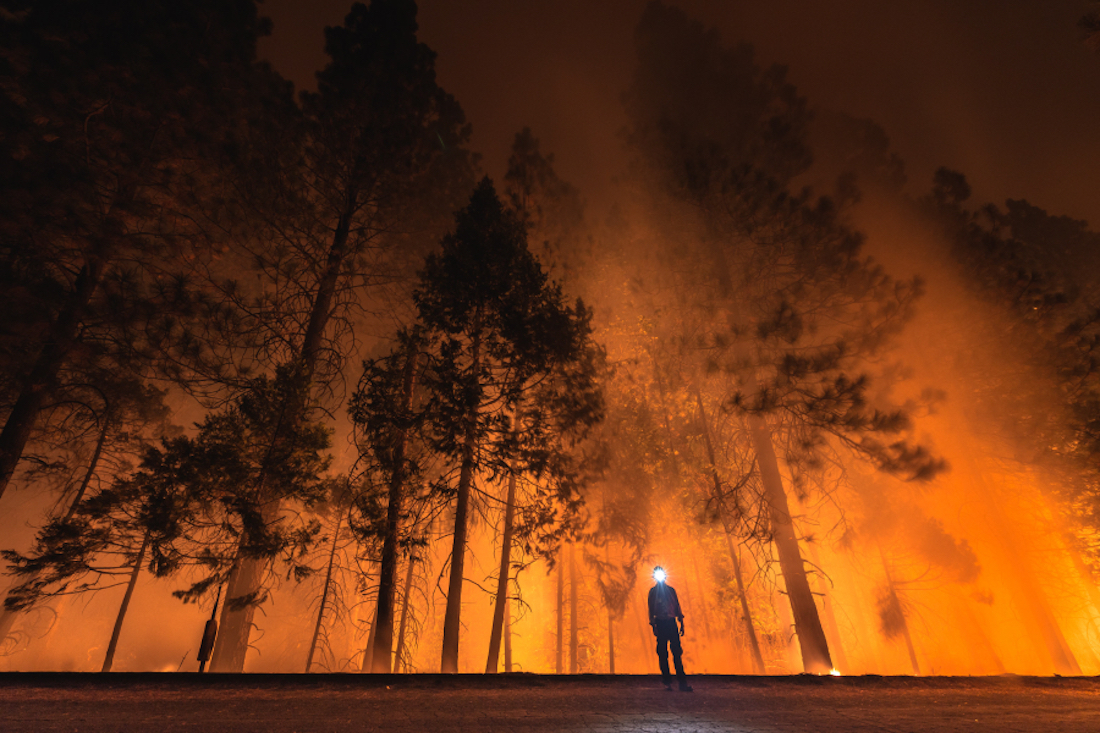 Jeff Frost’s work has been shown at the California Museum of Photography (UCArts), Museum of Art & History Lancaster (MOAH), Museum of Sonoma County, Palm Springs Art Museum, the Center for European Nuclear Research (CERN), Los Angeles International Airport (LAX), and many others. In 2020 his video art projects, California on Fire and GO HOME won numerous awards at international film festivals including the Clermont-Ferrand Intl Film Festival and ÉCU The European Independent Film Festival. He has been featured in numerous online publications and TV interviews such as PBS Newshour, TIME Magazine, Artnet, and American Photo.

No Billionaires Detected: What It Was Like to Walk on the Moon in the Summer of 1971 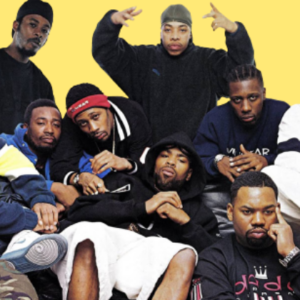 On the Movie That Sparked the Birth of the Formidable Wu-Tang Clan On May 2, 1981, WNEW Channel Five in New York inaugurated its Drive-In Movie series, which aired on Saturday afternoons at three...
© LitHub
Back to top
Loading Comments...