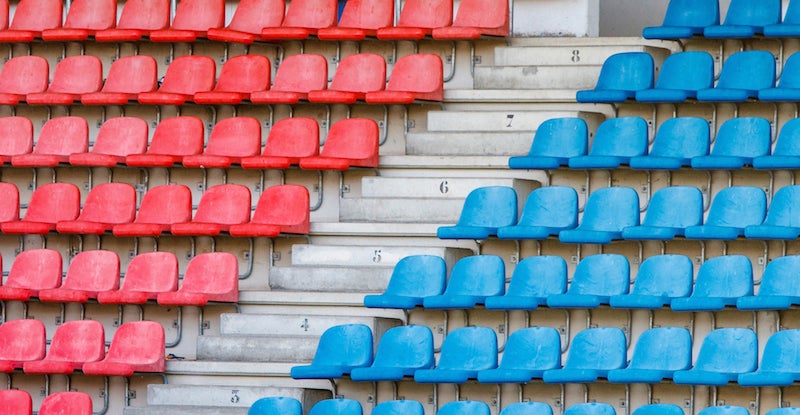 Just how odd is this month’s bestseller list? A look at pre-election bestsellers from years past.

We’re a little more than a month out from Election Day and the New York Times nonfiction bestseller list is looking predictably odd.

In a year when books about anti-racism have reached unprecedented sales, so too has the tide of journalistic blockbusters and books by conservative mainstays been steadily rolling. After seven weeks in the top ten, Isabel Wilkerson’s Caste, a narrative taxonomy of social hierarchies, is wedged between titles from Candace Owens, Michael Cohen, Sarah Huckabee Sanders, and Sean Hannity.

None of this is necessarily surprising, especially considering how the Owens, Sanders, and Hannity books have benefited from bulk orders. In August, the Republican National Committee spent more than $400,000 on “donor mementos,” more than a quarter of which went toward purchases of Hannity’s Live Free or Die.

This week, Bob Woodward’s Rage, which follows the Trump administration’s response to the coronavirus pandemic, nabbed the number one spot. Just outside the top ten nonfiction books, at numbers eleven and twelve, are Mary Trump’s unflattering portrait of her family, Too Much and Never Enough, and Ibram X. Kendi’s How to Be an Antiracist, which has been a consistent bestseller for more than seven months.

I was curious whether previous NYT bestseller lists around this time—a month before elections—reflected national concerns as clearly as they do now. Was there anything especially notable about the books that appeared on these lists in the 21st century?

One thing I hadn’t expected was how often Bill O’Reilly’s name appeared. This year, with co-author Martin Dugard, O’Reilly published Killing Crazy Horse, the ninth book in his series about events leading up to the downfalls of notable historical figures (always men) and regimes. In 2000, four years after The O’Reilly Factor debuted on Fox News, O’Reilly came out with a bestselling book of the same name. By October 7th, 2012, O’Reilly and Dugard’s Killing Lincoln had been on the list for more than 50 weeks. Four years after that, their book Killing the Rising Sun was number one.

Bob Woodward sure knows how to time his releases too. One month before Barack Obama was elected in 2008, Woodward’s The War Within, his fourth book on George W. Bush, was the number two bestseller. His book The Price of Politics, about the Obama administration’s 2011 debt-ceiling negotiations, held the exact same spot in 2012.

And what about books in the top ten that had a bone to pick with prominent politicians? At the beginning of October in 2000, David Schippers and Alan Henry’s Sellout recounted the impeachment trial of, according to the book’s publicity description, “the most corrupt President in American history”—Bill Clinton!

The book world was keenly interested in stories about figures and events associated with George W. Bush’s administration in the month leading up to his re-election in 2004. On October 3rd, three of the top ten nonfiction hits were about Bush himself: Kitty Kelley’s The Family (#1), Seymour M. Hersh’s Chain of Command (#5), and Maureen Dowd’s Bushworld (#9). Looking back, John E. O’Neill and Jerome Corsi’s hit on John Kerry, Unfit for Command, which came in at number two, didn’t bode well for that candidate.

In October 2008, readers were generally more interested in reflecting on the Bush years than in contemplating futures under either John McCain or Barack Obama, with the notable exception of Dick Morris and Eileen McGann’s self-consciously provocative book Fleeced: How Barack Obama, Media Mockery of Terrorist Threats, Liberals Who Want to Kill Talk Radio, the Do-Nothing Congress, Companies That Help Iran, and Washington Lobbyists for Foreign Governments Are Scamming Us. . . And What to Do About It (#10 on October 5th, 2008). Yes, the actual title!

In that same year, retired Army colonel Andrew Bacevich’s The Limits of Power (#3) blamed Americans for neglecting the meaning of their own freedoms in favor of consumption. Investigative reporter Barton Gellman’s Angler (#4) was an authoritative retrospective on Dick Cheney’s role in facilitating the Iraq War. Another journalist, Dexter Filkins, reflected on his reporting in Afghanistan and Iraq in The Forever War (#9).

One of the most controversial releases of 2012 was also the top nonfiction book by October 7th, 2012: former Navy SEAL Mark Owens’ memoir, No Easy Day, about the mission to kill Osama bin Laden. Four years after publication, Owens was compelled to pay the federal government nearly $7 million for violating non-disclosure agreements and publishing his book without approval by the Department of Defense.

In the same week, readers continued buying Jeffrey Toobin’s The Oath (#5), a book about the relationship between President Barack Obama and Supreme Court Chief Justice John Roberts. The Oath was, reviewer Michiko Kakutani wrote, “a reminder that the presidential election . . . is likely to determine the ideological makeup of what has been a narrowly divided court in years to come.” Two others books, Edward Klein’s The Amateur (#7) and Dinesh D’Souza’s Obama’s America (#10) blamed Obama for the country’s decline.