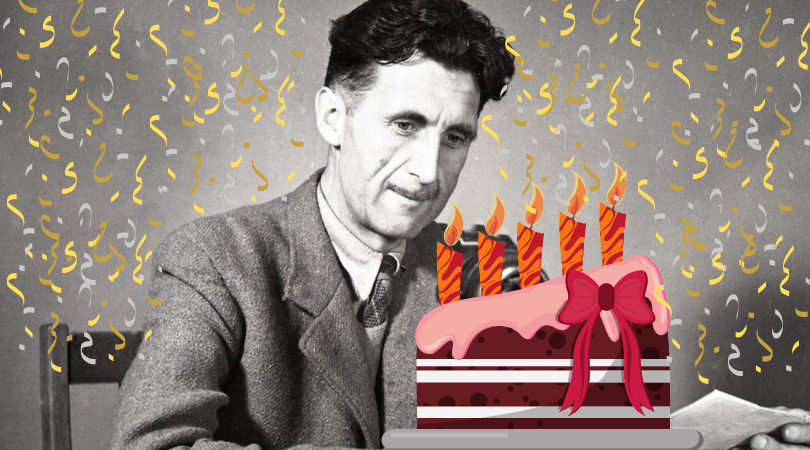 George Orwell (aka Eric Arthur Blair) was born on this day in 1903. His most famous work, 1984, is arguably one of the most influential books of the 1940s. You probably “read” it in high school, but in case you need a refresher: it’s a dystopian novel complete with totalitarian governments, a state of complete surveillance, and fake news. Sound familiar? We’ve been using him to talk about American presidents for quite some time. But especially now.

When 1984 was published in 1949, V. S. Pritchett reviewed it in The New Statesman, stating: “hope has died in Mr Orwell’s wintry mind, and only pain is known. I do not think I have ever read a novel more frightening and depressing; and yet, such are the originality, the suspense, the speed of writing and withering indignation that it is impossible to put down.”

But if you want to read some more contemporary critics, here’s a list of the best one-star Amazon reviews. (My personal favorite: “Not a helpful history book AT ALL.”)

If you’re sick of 1984, might I suggest George Orwell’s 1940 review of Mein Kampf? Or perhaps you would prefer this New Republic pan of beloved allegory Animal Farm. Any Orwell content is good Orwell content on his birthday.