The United States of America celebrated the 246th anniversary of its Republic on Monday. Most Americans, however, weren’t in a birthday mood. Most of the country fears political fragmentation, economic decay, civil strife, the erosion of its democracy and environmental apocalypse. America fears both its history and its future.

And this Fourth of July, marked by another mass murder perpetrated by another psychotic young man waging arbitrary war on his own community, the foreboding in the American Republic was palpable.

On Monday, I talked to two prolific US-based authors: the East Asian and European historian and former editor of the New York Review of Books Ian Buruma, and the Brookings Institute fellow and liberal gay rights activist Jonathan Rauch. What to make of America on its 246th birthday, we discussed. But we shared neither birthday cake nor fireworks. And our conversation was anything but celebratory.

My conversation with Jonathan Rauch captured much of the foreboding in the country. On the one hand, Rauch reminded me, he wouldn’t be who he was—an openly gay man legally married (to an immigrant, he chose to add)—without the achievements of the Republic over the last fifty years.

Freedom for Rauch means self-actualization. It means having the right to choose one’s own sexuality and to live equally under the law. So, in assessing the achievements of the American Republic, the classically liberal Rauch celebrated the success of the same-sex marriage movement which the cultural historian Sasha Issenberg describes in his excellent book The Engagement.

When Issenberg appeared on Keen On last month, we ran the interview under the headline: “What America’s long struggle for same-sex marriage can teach us about the possibility of gun control.”

Not much, I fear. On Monday, with both the mass murder in the Chicago suburb and Supreme Court’s ruling on Roe freshly on his mind, Jonathan Rauch openly contemplated (and feared) a post-democratic America. It wouldn’t necessarily be the death knell of the Republic, Rauch acknowledged. America could evolve into a chaotically technocratic version of Singapore. Or a multi-denominational mafia state like Lebanon.

The future of the American republic, then, could become a semi-representative political state, existing in the twilight zone between liberal democracy and authoritarianism. It’s happened before, of course. Especially in antiquity. The classical historian Edward Watts came on Keen On last year to warn about the endless comparison between the decline of Caesarist Rome and the decline of Trumpian America. But just because the comparison is easy to make doesn’t necessarily make it wrong.

Even a democratically murky Singapore or Lebanon might be an over-optimistic vision for America in 2022. According to another Keen On guest this week, the science fiction writer and polemicist Elizabeth Sandifer, a bloody end to American democracy is not only likely but perhaps even inevitable.

Tech is as much the problem as the solution to today’s crisis of the American Republic. Especially in terms of the fragmentation of the country.

It’s not just the right to abortion, Sandifer warns mainstream liberals like Jonathan Rauch, that is now under threat in an America controlled by authoritarian Republicans like Steve Bannon (who another recent Keen On guest, Jennifer Senior, imagines as a “mortal threat” to democracy). The end of gay marriage could be next, Sandifer warns in her dystopian vision of a real-life Atwoodian America. And then even the right for Americans to be gay or trans.

Can the Republic reinvent itself in the 21st century? If it does, many futurists speculate, that reinvention will be built on new technology, particularly the internet, artificial intelligence and the metaverse. It could even create something that the tech author Jamie Susskind calls, in his interesting new book, The Digital Republic. New technology, Susskind thus told me this week, could “deepen democracy and compound freedom.”

But it all sounds annoyingly vague to me. For all Susskind’s references in his Digital Republic to classic republican texts like the Federalist Papers and Rousseau’s Social Contract, it’s hard to see the historical analogies between the founding of the American republic in 1776 and the brave new American world of TikTok in 2022. Indeed, today’s noisy factionalism is the very thing that Hamilton and Madison most feared in the Federalist Papers.

Yes, tech is as much the problem as the solution to today’s crisis of the American Republic. Especially in terms of the fragmentation of the country. As Jonathan Rauch noted in his excellent book, The Constitution of Truth, Silicon Valley’s digital technology has undermined truth and weakened democracy in America.

Digital technology—whether it’s Web3 crypto or Web 2.0 social media or smart machines—is, in many ways, incompatible with the fixed geographies of the 20th-century democratic state. Digital tech moves fast and breaks things: communities, ideas, people, even republics. All it mostly builds is chaos, uncertainty, anxiety and divisions. Yeah, yeah, I know—not everything can be blamed on tech. But hoping that the American Republic can be saved by Big Tech is like relying on the gun industry to come up with fixes to domestic mass murder.

The political implications of digital technology are, by definition, either radically local or international. And I don’t hear anything very convincing from writers like Susskind or another Keen On guest this week, the German author of Digital Fever, Bernhard Poerken, whose notion of an “editorial society” seems particularly absurd, on how digital technology can guide us between the political scylla of localism and the charybdis of internationalism.

But it’s not just digital idealists who are grasping at straws in 2022. In a far-ranging Keen On conversation with the environmental activist George Monbiot about his new book Regenesis, Monbiot laid out a strategy for feeding the world without devouring the planet. It all makes perfect sense, particularly his critique of the American industrial farming complex. The only problem—and this isn’t insignificant—is how to make it happen.

So, George, I asked him about his ambitious vision of a regenerative economy. How are you going to change everyone’s minds about farming, the soil and our eating habits?

The model, Monbiot explained to me, is the American struggle for same-sex marriage. In 50 years, he explained, America went from aggressively rejecting the idea of same-sex marriage to thoughtlessly accepting it. The mainstreaming of regenerative economics and farming could happen in the same way, he said. I hope George is right. But in early July 2022, I doubt it.

You see, the environment, like the internet, is an international issue in a world still controlled by 20th-century nation states. We still really have no idea how to go from one to the other. If America is to reinvent its Republic in the 21st century, it must be a pioneer of this architectural change. Our political theory and our political practice are out of sync. The miraculous story of same-sex marriage is heart-warming. But it’s not a blueprint for survival.

What Can Crater-Counting on Mars Tell Us About Its History? 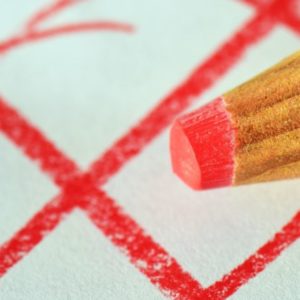 “Kill your darlings.” This venerable nugget of writing advice is often attributed to William Faulkner, though in fact...
© LitHub
Back to top