In this episode, Andrew is joined by Elizabeth Sandifer, author of TARDIS Eruditorum.

Elizabeth Sandifer created Eruditorum Press. She’s not really sure why she did that, and she apologizes for the inconvenience. She currently writes Last War in Albion, a history of the magical war between Alan Moore and Grant Morrison. She used to write TARDIS Eruditorum, a history of Britain told through the lens of a ropey sci-fi series. She also wrote Neoreaction a Basilisk, writes comics these days, and has ADHD so will probably just randomly write some other shit sooner or later. 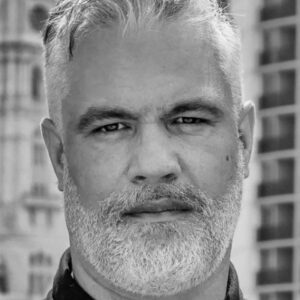 Mat Johnson launches into the Damn Library Zoom Zone to discuss his new novel, Invisible Things. He and Christopher get into...
© LitHub
Back to top