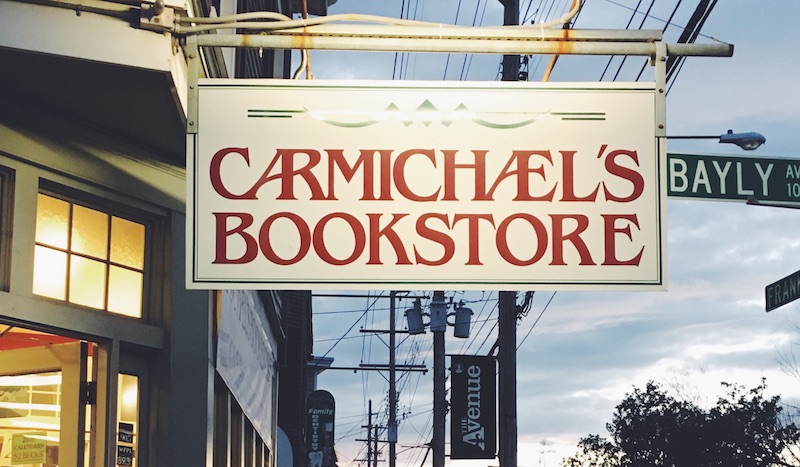 Interview with a Bookstore: Carmichael’s Bookstore

Bringing Literature to Louisville since 1978

Carol Besse and Michael Boggs decided to open a bookstore together after both working previously at Barbara’s Bookstore in Chicago, where Carol handled the store’s operations and Michael was in charge of the finances. They loved the work, and with this next logical step in their bookselling evolution evident, they started looking around for a place to set up shop. Both of their families were in Kentucky, and Louisville seemed to have a hole where an independent bookstore should be. The original Carmichael’s opened in 1978 in Louisville’s Highlands neighborhood. It was followed by a second location in Crescent Hill in 1999. A third store—Carmichael’s Kids—opened two doors down from the Highlands store in 2014 and caters to blossoming readers up to the Young Adult level. 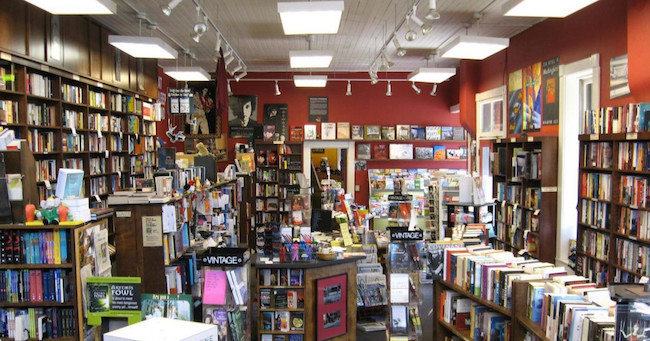 Carol Besse (co-owner): Literature is the easy answer, as it’s the heart of any great bookstore, but Michael is a big non-fiction reader, and he just piped in to say so. We’ll call it a draw.

Carol and Michael: We host a lot of author readings and other book-related events at our Crescent Hill location, and it would be amazing to have a dedicated area of the store for just that purpose. For now, we’re happy to rearrange our fixtures, which are nearly all on wheels, to accommodate the enthusiastic crowds that turn up for our events.

Carol and Michael: We’re very good at using the whole buffalo, as the man says. From graphic design and printing to accounting and payroll to social media and PR, we keep nearly everything in-house. We also have an amazing staff that is always willing to multitask and pick up an additional role whenever we ask them to do so. 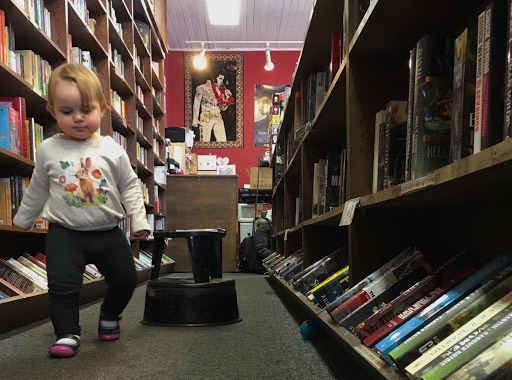 Carol and Michael: Without doubt, this award is given posthumously to Charles Breslin, a bibliophile of mammoth proportions who passed away a couple years back. Everyone at the Crescent Hill store loved “Dr. B.”, who after his days as a professor were through, turned into the greatest autodidact we’ve ever seen. He was sweet and kind and brilliant and—this is the truth—entered the store laughing, every single visit. We miss you Dr. B.!

Carol and Michael: Probably agreeing to host Stephen King at a 2,300 seat outdoor amphitheater the day after the owners’ daughter (who is also the manager of the Crescent Hill store) was married. The combined planning for that weekend left the entire chain-of-command at Carmichael’s just a touch scatterbrained. 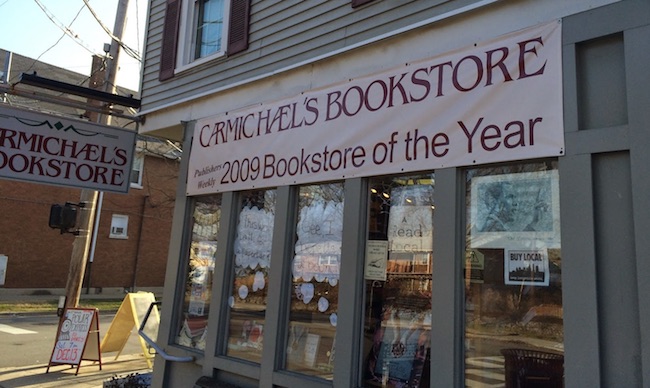 Carol and Michael: Carol would most definitely be birding. Michael would be somewhere being a lot less happy than he is right now.

Carol and Michael: That of the thousands of books published each year, how few truly break through to a large audience. Folks still browse and ask the staff for recommendations and find things they might not have known they wanted, but as far as customer requests, it’s amazing how we almost always have that book on hand. It’s satisfying to know that if you pay attention and know your stuff, you can consistently have what people are/will be looking for. 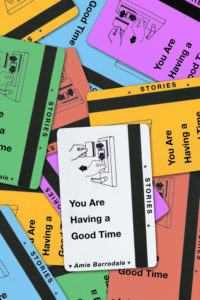 RACHEL BREWER (BOOKSELLER) RECOMMENDS: My favorite book of the year!…for 2 reasons. 1. I love short stories. 2. Barrodale wrote for “the Onion”. So smart. So funny. So clever! She won “The Paris Review’s” Plimpton Prize for the story “William Wei” which is in this book. Take a look! 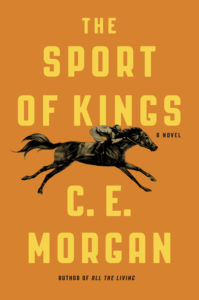 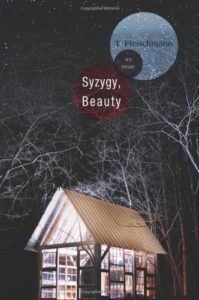 SHAWN CECIL (BOOKSELLER) RECOMMENDS: One essay, presented in vignettes, interweaving the construction of a house and a direct address to a lover. The author’s deft use of language echoes the lyricism of a prose poem without sacrificing the approachability of a personal essay. One of the most unique and gorgeous books I’ve come across this year. 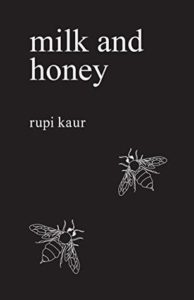 SARA COTTRELL (BOOKSELLER) RECOMMENDS: In this very personal and beautiful collection of poems and sketches, Rupi Kaur tells a story of love, loss, violence, and survival. As Kaur gives life to her own experiences, she challenges universal notions of femininity and empowers women collectively. I am very grateful to have such an intimate, radical, and ultimately uplifting book of poetry to influence generations of girls to come. 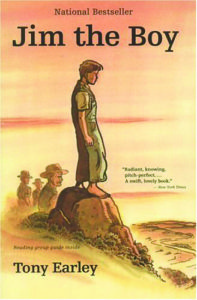 SAM MILLER (BOOKSELLERS) RECOMMENDS: This novel is beautifully written, deceptively simple and stunning in its profundity. The sweet story belies the emotional wallop. One of my favorite books to hand sell—it’s the kind that sticks. 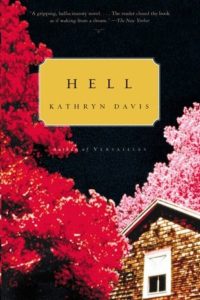 MARK SCHULTZ (BOOKSELLER) RECOMMENDS: I found Kathryn Davis and this book in particular through a mention in Rikki Ducornet’s marvelous essay collection The Deep Zoo. Ducornet’s brief description of this surreal, time-shifting, multi-generational, unsettling novel had me intrigued, and (here’s a phrase I never thought I’d say) Hell did not disappoint. I followed this one up with Duplex, and am now on the hunt for everything Davis has ever written. 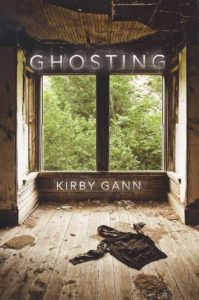 ALISON STUHL (BOOKSELLER) RECOMMENDS: The great thing about this book is that it doesn’t bullshit you about Kentucky’s rough edges, but it doesn’t pander to the inclination to wallow in those rough edges either. Gann gets Kentucky – or, to be fair, the version of Kentucky with which he deals. The characters are simultaneously accessible and enigmatic, and Gann is a gorgeous writer. It’s an existential thriller with a little of the inchoate bildungsroman thrown in for the more aimless souls among us. 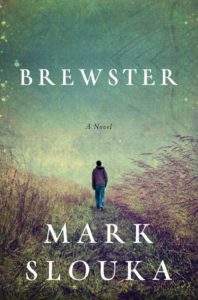 MIRANDA BOGGS (MANAGER, CRESCENT HILL) RECOMMENDS: A perfect book about two friends growing up in small town America in the 1970’s. Both are loners until they find each other. They dream of making it out of Brewster after high school, but will they make it? Wonderfully written. 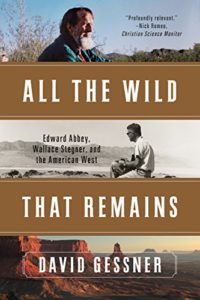 KATE WEISS (EVENT COORDINATOR/BOOKSELLER) RECOMMENDS: After finishing Terry Tempest Willams’s The Hour of Land I had added about every book she mentioned to my to-be-read list. Books by Abbey and Stegner were at the top when I found David Gessner’s All the Wild That Remains. Gessner aptly compares and contrasts these great men, their work, and the different ways they expressed their passion for the wild. In this time when megafires, drought, and development threaten our most vulnerable and beautiful lands, we still have much to learn from these two men. 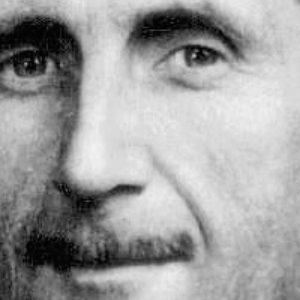