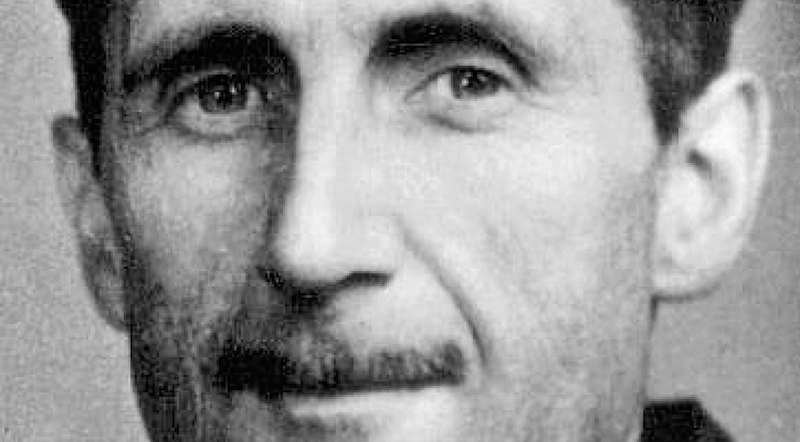 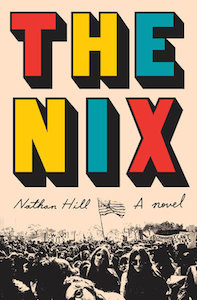 Hill’s 620-some page first novel is hailed as the arrival of a promising new talent.

Ron Charles (Washington Post) is captivated from the start:

Nathan Hill’s whirling debut novel… blasts off with an assault on Gov. Sheldon Packer, a fire-breathing, anti-immigrant presidential candidate who may remind you of a certain reality-TV star with size anxiety. A video clip shot by some modern-day Zapruder shows a middle-aged woman shouting, “You pig!” and throwing something at Packer, who, by the grace of God, survives. (The “weapon” was just a handful of gravel, but still!) In the breathless coverage that consumes the nation, the would-be assassin—“The Packer Attacker”—is quickly identified as a teaching assistant at an elementary school, which, the governor’s allies note, “shows how the radical liberal agenda has taken over public education.”

That splashy blend of violence and farce, hewing close to the shore of today’s tweet stream, is the first sign that we’re in the presence of a major new comic novelist.

Jason Sheehan (NPR) concludes, “It broke my heart, this book. Time after time. It made me laugh just as often. I loved it on the first page as powerfully as I did on the last, and I think I was right, right from the start. Because Nathan Hill? He’s gonna be famous. This is just the start.”

There’s the mother-son tale, the politico-cultural kaleidoscopic survey, accounts of Faye’s coming-of-age, Samuel’s adolescence and his subsequent early midlife crisis, along with other odds and ends. These sections are written, moreover, in varying registers. The contemporary parts are reminiscent of Thomas Pynchon and, especially, Hill’s fellow Midwesterner David Foster Wallace in their aerialist prose, deadpan dialogue and fantastical sendups of late-capitalist life. Previous decades are conveyed in a more elegiac, realist voice out of John Irving or Michael Chabon.

“The Nix aspires to both the sweep and social critique of the past generation’s big-book authors—Tartt, Franzen, Eugenides,” concludes Mark Athitakis (Minneapolis Star-Tribune).

“Hill, who teaches at the University of St. Thomas in St. Paul, has the style and bravado to belong in that company, and a candor that, if he can sustain it, suggests a brash new path as well.” 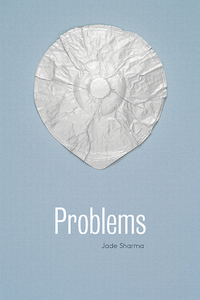 Maya, the narrator of Sharma’s first novel, has a drug addiction, an unsatisfying affair, a loveless marriage, an eating disorder—“symptoms of a bigger problem,” Sharma tells Michele Filgate (Los Angeles Times). “I don’t think she can get enough love or get enough anything.” Maya’s story hits a nerve.

“Even if you’ve never pushed dope in your veins, and the hardest substance you’ve ever put in your body is Flintstones chewable vitamins, you’ll find Maya to be a relatable and, surprisingly, reliable narrator,” notes Chelsey Clammer (The Rumpus).

“It’s a law of ‘addiction lit’ that what gets high must come crashing down, and stories like this that begin at a low point find a lower one,” writes Sarah Nicole Prickett (Bookforum). “The turns are all here: rehab, relapse, recovery. The first two are handled with verve. The third is done in the second person, future tense—a voice I only want to hear on the hypnotist’s couch, and even there I find it ineffective. These final few passages are meant perhaps to subvert the inspirational mode, the message that when it can’t get worse, it gets better, but Sharma sounds bored by her own discovery, which is that wellness is as repetitive as addiction: ‘A new normal,’ she writes. An old idea. A better idea, in Problems, is the late embrace of pain as a side effect of living.”

Sean Steele (Electric Literature) concludes, “Maya is an intelligent, opinionated, insecure, hilarious personality. Her life is unstable in such a way that all the author has to do is pull one string (have Peter leave) to make her whole existence unravel… A happy ending doesn’t seem right so let’s say Problems doesn’t wholly have one.” 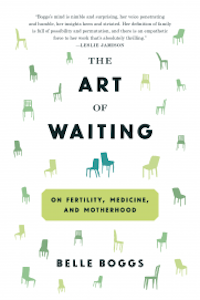 Belle Boggs, The Art of Waiting

Bogg’s second book is expanded from a 2012 essay published in Orion in 2012, describing Boggs’ insight that she may never conceive. The essay went viral and was republished in Harper’s. Critical response is strongly positive.

Rachel Cusk (New York Times Book Review) notes, “Boggs’s wide survey of contemporary approaches to reproduction (‘It is now possible for almost anyone with resources to become a parent’) opens an ethical can of worms of some magnitude: The recipient of (successful) I.V.F. treatment herself, Boggs reports on such issues as international surrogacy and the unprincipled behavior of some fertility clinics while trying to refrain from judging individuals for their choices.”

“Boggs is uninterested in creating suspense,” points out Barbara Spindel (San Francisco Chronicle), “because her beautifully written, contemplative book—which blends memoir, journalism and cultural history—is about much more than her own costly and high-tech path to parenthood. It addresses, among other things, the ethical dimensions of fertility treatment (she concedes that her younger self would have judged her choices ‘selfish and wasteful’); representations of childlessness in literature; and the biological, psychological and cultural underpinnings of what she calls child-longing.”

Jennifer Senior (New York Times) concludes, “Ms. Boggs has done something quite lovely and laudable with The Art of Waiting: She’s given a cold, clinical topic some much-needed warmth and soul. The miracle of life, you might even say.” 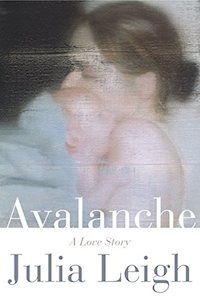 Award-winning Australian novelist Leigh describes her years-long pursuit of motherhood through in vitro fertilization, beginning at 38, to the detriment of her marriage and her health.

Rachel Cusk (New York Times Book Review) compares beginning writing students with women seeking I.V.F. and describes Avalanche as “a harrowing and profoundly disturbing account of self-immolation in pursuit of an ideal, for what Leigh has failed to recognize about ‘creative life’ is that it too seeks to concretize the ineffable, and that it arises in people of a single-mindedness and determination so strong it can destroy them.”

Anna Goldsworthy (The Monthly) draws connections between Leigh’s novels and her new memoir:

Leigh has never been one to spare her audience; at times her ruthlessness can feel Artaudian. Sleeping Beauty opens with a scene in which the young woman, a test subject for medical research, has a plastic tube inserted into her throat, provoking a gag response not only in her but also in the viewer. Avalanche begins similarly, with Leigh essentially violating herself: “For a great many nights I injected myself with an artificial hormone produced in a line of genetically modified Chinese hamster ovary cells. I did this knowing that no matter how hard I hoped, no matter what I tried, chances were I’d never have a child.”

This is less viscerally shocking than Sleeping Beauty, and yet the immediacy of the storytelling ultimately renders it more potent. As Leigh recounts—or almost recites—her experience of I.V.F., it is as if she is recalling a dream from which she has only just awakened…

“While the work’s intensity and compulsion derive from the narrative line of attempts to conceive through I.V.F.,” writes Felicity Plunkett (The Australian), “Leigh keeps her eye on a wider story of medical ethics, consumerism, power and powerlessness; of relationships between parents and of telling—testing the formal limits of memoir…” 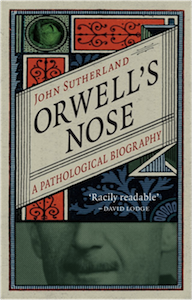 Orwell’s will specified no biography. Nonetheless, biographers have taken on his life, and Sutherland’s idiosyncratic and personal approach draws particular appreciation. (Publishers Weekly calls it “entertaining and scholarly, if somewhat eccentric.”)

Francis Wheen (The Spectator) writes, “When Professor John Sutherland began re-reading Orwell after losing his sense of smell three years ago, the old familiar writings seemed ‘interestingly different’, their olfactory obsessions suddenly more conspicuous. He isn’t the only critic to notice how whiffy Orwell’s work is, but certainly the first to muse about it at such length. ‘Orwell was born with a singularly diagnostic sense of smell,’ he writes. ‘He had the beagle’s rare ability to particularise and separate out the ingredients that go into any aroma.’”

“Bernard Crick, the author of the first complete Orwell biography, was the progenitor of the tradition of dismissing the work, because of its factual infidelities, as worthless to the biographical endeavor,” points out Andrew Federov (Los Angeles Review of Books). “As a literary critic, rather than a traditional biographer, Sutherland takes the surprisingly atypical approach of viewing the work as central to the life. The result is a relatively short book that captures the essence of Orwell better than the average 600-page biography.” He continues:

Despite Sutherland’s meandering style and semi-tangential structure, his book is a more enjoyable reading experience than most Orwell biographies. Orwell’s work bristles with life, whereas litanies of the facts of his life do not. That’s reflected when the book shifts from examinations of the facts of his life to analysis of the literature he created. In the universe of smells that Sutherland presents, the smells of teak, of English pastures, of industrial poverty, and of dying humanity, it was the smell of a working typewriter, of ink running off a ribbon, that most regularly greeted Orwell’s nasal passages. In Orwell’s work, as in his nose, we find the odor of mortality and the mystery of creation paired in a vibrant paradox.

Interview with a Bookstore: Carmichael's Bookstore 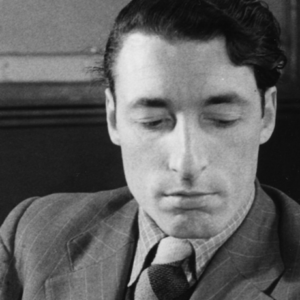 A preview of fall books coming out from independent presses, including Graywolf, New Directions, and others. | Publishers...
© LitHub
Back to top
Loading Comments...