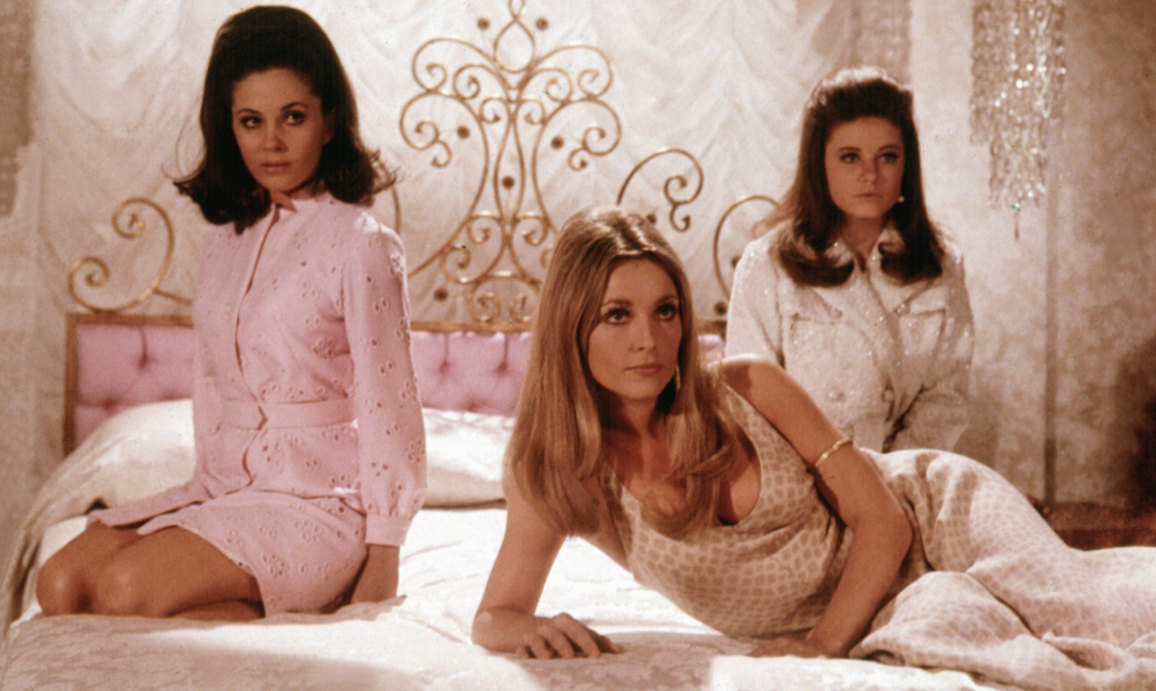 Why Pleasures Should Never Be Guilty, From Valley of the Dolls to Bonkbusters

There are two books I am very much anticipating this season which you will not see on any fall preview lists: Killer Diamonds by Rebecca Chance and Mount! by Jilly Cooper. One explanation for their exclusion is these are British books, and though both writers have substantial fan bases in the UK they do not have much profile on this side of the Atlantic. But the other reason why is both Cooper and Chance write long, juicy, sexy, funny, plotted to bursting, over-the-top books (Chance, a former crime writer, calls her sexy thrillers bonkbusters; Cooper is known for her racy covers), which are often dismissed as having little literary merit.

Yes, I am a proud reader of trash, though having said that, I argue that the term not be redeemed or taken back but removed from circulation when it comes to discussions of literature. Clement Greenberg could redeem kitsch and Susan Sontag gave us the gift of camp. But to call books trash is to equate them with garbage, which these books are patently not. They are funny, sexy, entertaining takes on contemporary society. Do they exaggerate? Yes, but so does a lot of fiction, from Jonathan Swift onwards. Are they raunchy? Sure. But so was James Joyce. Why do they get treated so poorly? I suspect it’s because they are written by women for women, and women’s pleasures are often placed into the guilty category, both by women and men alike. Women apologize for reading these books the same way they will for seeing a rom com, or eating something with calories, or, god forbid, spending time with friends instead of their families. In other words, we apologize for doing what we like to do rather than what we should, which is preposterous. When is the last time a man apologized for playing golf, or watching sports, or reading Maxim, or grabbing a beer with his friends? They don’t.

What prompted this essay is the 50th anniversary this year of a key ancestor of Chance and Cooper’s books: Valley of the Dolls by Jacqueline Susann. Dolls is a melodrama with three women at its center: the New England beauty Anne Wells, the scrappy vaudeville survivor Neely O’Hara, and the stunning Jennifer North. The friendship forged by these women in New York City spans the late 1940s to the early 1960s. In reading the many essays celebrating Dolls, however, very few mentioned that the book is decidedly bleak: the exception is Simon Doonan, who wrote the introduction for the 50th anniversary edition:

Compared with the books of Chance and Cooper, Dolls is pretty crappy escapism. There’s the problem of the dolls themselves, which is slang for pills, uppers and downers and a few others, which all three women abuse. There’s a suicide. There’s cancer. And there’s betrayal of the worst kind: one of the friends has an affair with the husband of another. That’s the happy ending—really.

There also general confusion about Dolls’ chronology: the book is firmly set in the late 1940s through early 1960s. It is not a women’s lib book; in fact, its mindset is very much a postwar one. The confusion stems from the idea that the women do all have careers, though Anne and Jennifer say over and over that they would rather have true love and children than be stars. Oh, yes, Dolls is also a showbiz book. But here, too, it is not a book of the late 1960s, when Hollywood was the place to be. In Dolls, the most powerful people are theatrical agents, and New York City is the undisputed center of entertainment. Hollywood is a place to make a picture between shows or recording albums. Such is a life of the other major character in Dolls, Helen Lawson (supposedly based on Ethel Merman, who Susann had a crush on or an affair with, depending on whom you believe), an aging star who is Neely’s nemesis. Lawson demonstrates just how vulnerable women are as they age in show business, or why ultimately a man is a better bet than a career. Those who have seen the movie will remember the climactic scene where Neely (Patty Duke) claws off Lawson’s (Susan Hayward’s) wig, leaving her utterly vulnerable. Forget old age, middle age is as bad as death in Susann’s world. This is not frothy, frivolous stuff; it’s dead serious.

If Susann’s book is a commentary about women in show business, Chance and Cooper’s books are comedies of manners, or satires about the British class system, in the broadest sense. Cooper mainly skewers the Country Life set, so much so that her books have Casts of Characters that include the names of the numerous dogs and horses among the many viscounts and landed gentry. Chance has set novels all over the world: in fancy southern California rehab centers; fictional European principalities that carry more than a hint of Luxembourg or Monaco; and of course in the luxury hotels of New York City and jaw-dropping villas in Italy. She also mixes it up in terms of occupations: she has written about journalists, titans of industry, elite athletes, bratty heiresses, hitmen, Russian oligarchs, etc. Along with chronicling the ways of the rich, both Cooper and Chance always mix in characters from the middle classes to be dazzled by the trappings of wealth. The rich are different, sometimes buffoonishly so, and they are really fun to read about—especially when they screw up, or just screw. For some reason, dirty books in America tend to be about money or status, with sex as incidental. For all of their surface repression, the Brits do bonking better.

The reason for the popularity of these books is simple: we enjoy watching people be vicious to each other, and watching the rich behave badly gives us particular frisson of pleasure because they should be aware they are under the microscope of media and public scrutiny. The foibles of rich people are the basis of every prime time soap from Peyton Place to Empire, of reality shows like the Real Housewives, of celebrity trials, and of gossip sites and tabloids around the world. In the right hands, it’s also great material for fiction.

Men of Power and Their Obsession with Winston Churchill 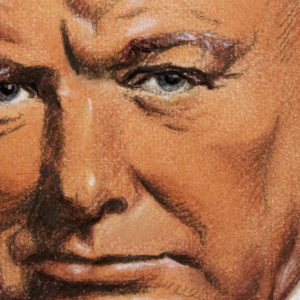 Men of Power and Their Obsession with Winston Churchill

“What makes a leader? Do leaders have common traits, or are these defined by the challenges and circumstance of the times?...
© LitHub
Back to top