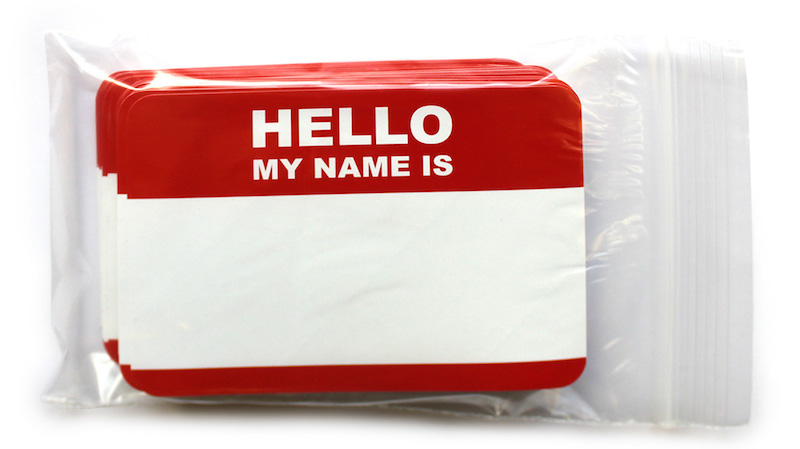 Here’s a book Ben wrote. He works here. If you don’t buy it, he might cry.

Hey, this message is for ________. This is Ben from Brazos Bookstore calling to let you know we got a book you ordered here: The Sadness. It’ll be available for you at your convenience. Thanks so much, bye-bye.

I work at a bookstore, and I wrote a book: The Sadness. I see who buys it. Sometimes people order it online, and as a bookseller, it is my job to pick up the phone and call those people when the book arrives. But as an author, what’s my job? I don’t know.

I began my novel in 2012, while teaching writing at the university where I received my MFA the year before. My days were organized around my classes, writing/reading fiction, and going to the bar with friends—other teacher/writers—where we would argue for hours about art in that obnoxious way often associated with the young. Everything about books, film, whatever, seemed so goddamned important, and that sense of importance—not self-importance, necessarily (though there was that too)—was the lamplight by which I drew my own portrait. Rarely did we consider the fact that folks other than grad school assholes read books.

When Unnamed Press agreed to publish The Sadness in the summer of 2015, I was two years removed from that community of writers. Instead, I was in a community of booksellers, no longer talking to people about writing but talking to people about books, mostly new releases. I hadn’t written new fiction in some time, but the people at Unnamed were very smart, and in their smartness they understood that publishing a bookseller could have its perks.

Booksellers have been responsible for pushing several recent books to prominence. Their blurbs appear on many successful small press titles, including those by Yuri Herrera, Valeria Luiselli, and Martin Seay. Even big publishers understand the power of bookstore support: readers of Lit Hub surely saw the advance copy of Garth Risk Hallberg’s two-million-dollar-behemoth drowning in bookseller blurbs. In other words, we are pushy motherfuckers, and it’s a pushiness that comes out of genuine love.

Unnamed introduced the advance copy of The Sadness at the American Booksellers Association’s Winter Institute in Denver, and it was mostly a success—enough so that my bookselling has underpinned every piece of media I have done or received, so much so that being a bookseller now feels, somewhat accidentally, like my primary label. Is the writing secondary?

A brief list of authors (in any genre) who are also booksellers:

With the exception of Christie and Wernersbach, this list skews toward fiction; doubtless, there are many more bookseller/authors, especially in other genres, that I do not know. What I do know: when I overhear these bookseller/authors at conferences, they never talk writing. Only bookselling. One label—one piece of self-identity—trumps another, I suppose.

Not on the above list of bookseller/authors: countless authors that surely worked a part-time bookselling job or two, maybe in college, maybe in grad school. Kelly Link, I’m told, once sold books. I believe Elizabeth Crook and Amber Dermont both worked, however briefly, at my own store. Michele Filgate has become one of social media’s most vocal writers, but if you search for her on YouTube, you find, toward the top, an interview she conducted with Paul Harding as part of a literary event. The description of the video identifies her as a bookseller, but the video itself identifies her, with superimposed text, as an author. To me, the suggestion here is that you are one or the other—that even if you want to be both, they cannot exist in the same space.

In Noah Baumbach’s 1995 film Kicking and Screaming, a recent college grad gets a job at a video store (remember those?). His manager—schlubby, older, store uniform lovingly stained—takes pleasure in prattling on about the film he will one day make. When I make my movie, he says, they’ll have a hell of a time finding a category for it. Later, he dreams: That’ll be cool, huh? When I make my movie, and it comes out on video. You and I can see who rents it. We can probably sit here and watch it on the TV.

You plan on still working here, the college grad says, even after you make a motion picture?

A pause, before the wannabe filmmaker says, True, I may not be here then…

The most obvious joke is the wannabe’s unwarranted arrogance—a familiar figure, this grandiose slob, whether Jack Black in High Fidelity or Comic Book Guy in The Simpsons. But there’s another, sadder joke here: this guy, even in his fantasy, cannot imagine himself outside his life. Even if he makes a film, he cannot conceive of abandoning his primary label: video store employee.

In the month that my colleagues featured The Sadness—a new release by a fellow employee!—I kept walking into the store and thinking like a bookseller; that is, after all, the label superimposed over my face most of the time. So, let’s think like a bookseller walking into my store: there’s this book by some guy named Rybeck sitting at the counter, with no shelf-talker on it, except one that mentions he works there. A couple people on staff have read The Sadness: the first works mostly in the back and liked the book; the second, if told that selling my book was the only way to keep the store open, would suggest closing the store (workplace politics ain’t always pretty). But no matter, who has read it and who hasn’t: anyone you ask about the book (at my store, at least) will happily recommend it—they are sweet people, after all—and will tell you, with pride, that a fellow bookseller wrote it.

But what do you do, hypothetical customer? Do you buy the book because of this, the primary fact used to sell it? If booksellers can elevate the books they love with praise, then is the fact that a bookseller wrote a book enough to spark interest?

Too bad the bookseller in question, if he works at your store, is no help. He probably ran away as soon as you glanced at him, lousy advocate, pretend author, novelty act. Or if he stayed? If he now says, I wrote that—or if, more likely, somebody else prompts him into this admission? He will mutter something. He will fidget. He will barely find himself able to engage with the object. Maybe he’ll sign it—his signature ugly and illegible, unpracticed, because, hey, he’s a bookseller, not a real author—but he will seem uncomfortable, put-upon, while doing so.

All of these negative-seeming things: he will do them accidentally, because he is no longer an author, not even a bookseller/author, just a bookseller.

In some (rare) moments, I forget about the whole bookseller/author divide or conflation; instead, I think about all of this on much more visceral terms. I see stacks of The Sadness, or hold a copy of it in my hands and imagine the shelf-talker I would write:

Here’s a book Ben wrote. He works here. If you don’t buy this book, you’ll make him cry.

In a past life, I taught creative writing, a job at which you deliver numerous brilliance-aping sound bites to students and then, later, in your car—if you’re honest with yourself—wonder whether any of them were true. I always used to tell my students that a book—memoir, poetry, fiction—is, at its best, a record of a mind passing through time: if you write a book, the final product should capture some sense of transformation, of the years of your life spent writing it, of the way you changed and allowed, however gradually, however reluctantly, new information into this life.

What I’m trying to understand now is that the mind keeps going, after the book is finished—or, at least, after the signing of the contract. I’d like to believe that my mind, when presented with changes in my life, will not cleave into pieces—bookseller vs. author, for instance. When I hold a copy of The Sadness, I’d like it to represent the best part of myself, not the worst, however either of those parts manifest themselves.

Or maybe I don’t even mean that, breaking into parts: maybe I’d like the book to represent the whole of my life up to that point, whatever unexpected labels I have accrued.

Bottom line: I’d like to use my career as a bookseller to share some kind of love with people—even, fuck it, the love of my own work—because, as soon as a bookseller is born, a bookseller learns to love books. She talks about them as objects worthy of this love, rather than the way authors often talk about books: with forced, vaguely constipated looks on their faces—the kind I see in my own gregarious, smile-strained author photo. After all, with everything going on in the world, why wouldn’t you side with loving things when given the chance?

Sometimes adding a label or two isn’t such a bad thing.

Benjamin Rybeck is the author of a novel, The Sadness, and his work also appears in Electric Literature, Houston CityBook, Kirkus Reviews, Ninth Letter, The Rumpus, and elsewhere. He lives in Brooklyn. 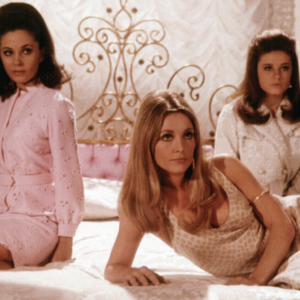 There are two books I am very much anticipating this season which you will not see on any fall preview lists: Killer Diamonds...
© LitHub
Back to top