I’ll Be Your Fever 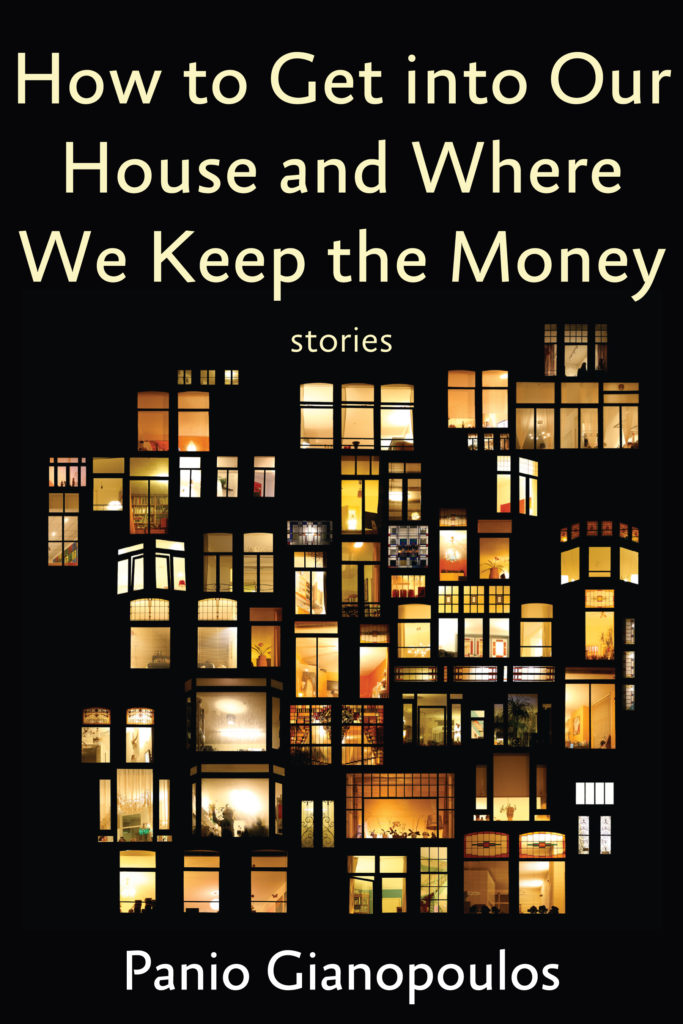 The following is from Panio Gianopoulos’s collection, How to Get into Our House and Where We Keep the Money. In this collection its characters persist in lives pock-marked with awkwardness, continually in search of “another parallel version” of themselves. Panio Gianopoulos is the author of the novella, A Familiar Beast.(Nouvella, 2012), an Amazon Best Book of the Month. He is the recipient of a NYFA Fellowship for nonfiction literature.

Ted had been an involved father from the moment of Stella’s birth. He was one of the new generation of men who regularly feed, dress, and bathe their babies, changing diapers and mixing formula with the same ease and confidence with which their fathers had changed tires and mixed martinis. When Stella was a year and a half, he and Stella’s mother, Emily, broke up, and an era of allocated parenting ensued. For Ted, this reduced, individualized version of parenthood would have once seemed ideal. What better scenario for a man who had spent his life fleeing romantic relationships because of the ceaseless emotional and temporal demands that accompanied them? Neediness had always panicked Ted, and much of Emily’s allure had arisen from her lack of interest in marriage. She had gotten married once before, in her late twenties, to an emotionally abusive film editor, and a decade later what she wanted from a man, she assured Ted, was not commitment but kindness, as her ex-husband’s dedication had turned out to be more disastrous than desertion.

The timing of their coming together couldn’t have been more fortuitous. They were both nearing forty, with its cresting insularity: forty, when the once great comfort of friendship has been steadily diminished, year after year, by the formation of families. The friends who previously offered vital sympathy, understanding, and support were now little more than familiar strangers posting online photographs of those unfamiliar replacements, their children. Facing this, Ted and Emily moved from introductions to pregnancy within three months, displaying an alacrity to start a family that stunned and worried everyone who knew Ted’s history of abandoning relationships. They were right to be concerned. But it was Emily, not Ted, who, only days after Stella’s first birthday, announced that she wanted him to think about moving out.

“I don’t understand,” Ted said. This was, historically, a lie with which he had shielded himself during difficult conversations with girlfriends, but in this instance it was true. He didn’t understand what was wrong. They got along well, they were respectful and considerate, they enjoyed raising their daughter together. Except for a handful of times during the first few months when the new parents were short-tempered from sleeplessness, they had never fought. “We don’t have a single problem,” he told her.

Emily reached for the bottle of red wine beside the stack of BPA-free plastic dishes. It was a habit she had taken to lately, Ted had noticed, drinking wine while he went through the long nightly routine of putting Stella to bed. She refilled her glass and smiled sadly. “You don’t want me.”

“We have a kid together. We’re a family.”

“I know we have a child,” she snapped. “You don’t have to remind me. You do not have to—I know why we’re together. Okay? I don’t forget.”

She swallowed and then held the wine glass against her neck, tucked in tight just above her collarbone like a shot put. Ted watched her in silence, hoping, like the desperate men before him ambushed by an unpromising conversation, that it would miraculously conclude without blood being drawn.

“It’s my fault,” she said. “I knew what this was when we started. Friendship. And that’s nice. It is.” Emily exhaled. “But so is being loved.”

“Not like I need you to. And it isn’t just sex,” she said, as he began to unfurl his standard apologies—fatigue, overwork, stress. “It’s just paying attention.” She poured herself more wine. “I overcorrected, I guess.”

“If I’ve been . . . unappreciative,” Ted said gingerly, “I’m sorry. I’ll do better. We’re still getting the hang of things.”

“We’re strangers. We never even talk.”

“Of course we do. We talk all the time.”

“About Stella,” she said, sighing. “Every conversation we have is about her. It’s either nap times or diapers, feeding schedules or play times, which toys are we cycling out, are her teeth crooked—”

“Raising a kid is demanding,” Ted interrupted. “We’re not the only parents who struggle with finding time.”

“But it’s all we do together. Parent. And you know it. You know it. I would shut up right now, I would never say a word about this again if just once in my life you looked at me with the same crazed affection as when . . .” She trailed off, starting to cry.

There followed four months of couples counseling and Thursday “date nights” and a prescribed, strained weekend to Palm Springs, and still Ted would not concede. Then one morning, while he was making breakfast for Stella, he ducked into the bedroom to print out a recipe for sticky buns. Emily had used his laptop before leaving for her business trip the day before, and she had forgotten to log out of her email account on the browser. Ted didn’t recognize the new name, but when he clicked on Cameron Taite, all of Emily’s troubled supposition and abstract dissatisfaction fell away. Ted closed the laptop and returned to the kitchen. Stella was standing on her tiered wooden chair, waving her spoon in a symphonic demand for more cornflakes. The air smelled thick and bitter. On the stovetop, the bacon had gone black in the pan.

Even the discovery of an interloper, though it initially stoked Ted’s indignation, didn’t persuade him to unstitch their family. In his life, Ted had ruined at least a dozen relationships by blindly reaching out for adulation elsewhere. For the sake of Stella, Ted assured Emily that this was something that they could overcome. But it was precisely his thoughtfulness and understanding, his compassion and his forbearance, that infuriated her. They were the final proof of the mildness of his feelings for her. He could stay in the apartment with Stella, Emily told him, because she was moving out.

That she would choose a man, any man, over her child was inconceivable to Ted, for whom romance had provided two decades of lingering dissatisfaction, and parenthood a year of ascendant devotion. Hadn’t they both been disappointed enough by passion, Ted reasoned, not to trust in it? Wasn’t that what had first drawn them together, this shared fatigue, and the prospect of something calmer, saner, and gentler? Sure, their family life was dull at times, but what had she exchanged it for? To spend half her days without their daughter in the hopes that a stranger’s preliminary interest would continue, along with her own—that novelty would find a way to defy its fate, miraculously providing gratification without end? They were just beginning to teach Stella about Santa Claus, and the notion of a bearded fatso flying around the world invading homes with toys seemed no less absurd, to Ted, than Emily’s conception of an all-consuming romantic love.

And so, rather than relish his sudden freedom, Ted resented it. As exhausting as Stella could be already, at less than two years old, he missed waking up to her every morning, missed her high-pitched voice and her grammarless, effusive chatter. He longed for the drumming of her small, serious feet as she hurried from room to room, searching for him, and the way she would tap on the opaque glass door with the nose of her stuffed tiger while he showered. He felt deprived, deserted, and punished, and though on occasion his bitterness toward Emily rose to a level that was as heated and impassioned as she had once wished his love to be, he never gave up the hope that they would one day reconcile and reform their family.

It was a day that would not come. A year after they separated, while driving home alone from a party in the Pacific Palisades, Emily veered off the road and into a utility pole. It was hours past midnight, but the fatal collision was loud enough to wake the neighbors, who, rushing outside to investigate, called 911. On their way to the crash site, paramedics raced along the same cliffside strip of the Pacific Coast Highway that Ted and Emily had once driven in an attempt to lull their restless new baby to sleep. The ride would soothe Stella, Emily had insisted, with its calming, graduated turns, its rhythmic rise and fall. “Just look at her,” she had told Ted minutes later, in triumph, as they sped homeward through the black, moonless night. “I was right.”

An excerpt from “I’ll Be Your Fever” from How to Get into Our House and Where We Keep the Money. Used with permission of Four Way Books. Copyright © 2017 by Panio Gianopoulos.

Speaking Truth to Power is as American as Apple Pie


Daily FictionExcerptHow to Get into Our House and Where We Keep the MoneyI’ll Be Your FeverPanio Gianopoulos
Share: 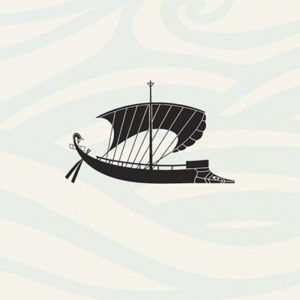 5 Books Making News this Week: Religion, Refugees, and Odysseys CLMP, the Community of Literary Magazines and Presses, launches its 50th anniversary this fall, with a salute to founders...
© LitHub
Back to top