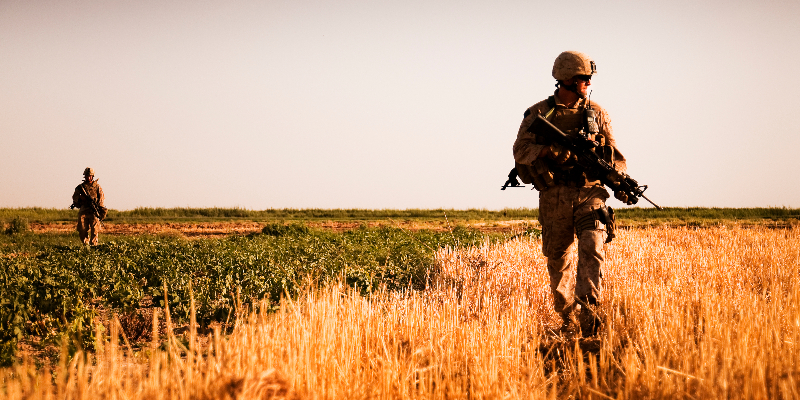 Andrew Keen on the Fallout of the Forever War

How to commemorate a national fuck-up? By forgetting it, of course. Americans, never very good at remembering anything, especially humiliation, have spent this week conveniently forgetting the first anniversary of their surrender from Afghanistan. But soldiers don’t forget war so blithely and we are fortunate to have a couple of new Afghanistan postmortems written by military men with intimate memories of the fiasco.

History never exactly repeats itself and the Afghan humiliation isn’t Vietnam. Tim O’Brien remembered Vietnam by commemorating the things that the American soldiers carried. The catastrophic retreat from Afghanistan requires a different kind of treatment. It’s a story about the things, especially the people, that the Americans left behind. It’s a narrative of absence rather than presence.

“In the US military we have a code: Leave no one behind,” writes Elliot Ackerman, a former marine and CIA paramilitary officer with several tours of duty in Afghanistan. “No matter what you think about the end of the Afghan war, in the summer of 2021 America asked its veterans to break this code, to leave tens of thousands of our allies behind, abandoning them to the Taliban.”

As Ackerman told me when he appeared on Keen On this week to talk about his new book, The Fifth Act: America’s End in Afghanistan, the twenty-year war was both all-too-familiar and eerily unfamiliar. Quoting from the Roman lyric poet Horace’s Ars Poetica, Ackerman reminds us that war, like any other drama, is never “shorter nor longer” than five acts.

So, in one sense, the American adventure in Afghanistan—from the George W. Bush of post-9/11 to Obama to Trump to Biden to the nobody of today—has the conventional form of a classical tragedy.

How should we remember the twenty-year farce in Afghanistan, the longest war in American history?

But that’s a little too neat for a sophisticated storyteller like Elliot Ackerman who, in addition to his military experience, is a prize-winning novelist and memoirist. What’s really weird about Afghanistan is what he calls the “Digital Dunkirk” effect of the war. With WhatsApp, Signal and our other digital communication tools, Ackerman confesses, he could be eating dinner with his wife on the roof of Venice’s Danieli hotel and simultaneously trying to coordinate the evacuation of Afghan friends from Kabul.

Like the virtual reality of the metaverse, then, 21st-century war is both everywhere and nowhere. In contrast with a classical drama, it has infinite acts. All we need is our smartphones. That is what we carry into (virtual) battle.

Except, of course, for the soldiers on the ground with the inconvenient responsibility of doing the actual fighting. Major Tom Schueman was one of those American marines tasked with physical defense of the Afghan people from the Taliban. And in contrast with the gutless politicians guilty of this shameful chapter in American history, Schueman remained faithful both to the Afghan people and to his military code of leaving nobody behind.

That’s the message of Schueman’s new book, Always Faithful, co-written with his Afghan “interpreter,” Zainullah Zaki. As Schueman told me when he and Zaki both appeared on Keen On this week, he refused to forget his responsibility of leaving. Thus his commitment to helping Zaki, his wife and his four children make their harrowing escape from Kabul and immigrate to America.

Zainullah Zaki and his family now live in San Antonio. A few weeks ago, the executive director of the Aspen Institute’s Religion and Society Program, Simran Jeet Singh, came on Keen On to explain what we can learn from his Sikh religion. He explained that he and his Sikh family emigrated from the Punjab to San Antonio in the 1990s. But things changed in San Antonio after 9/11 when the turbaned Singh was mistakenly associated with Al-Qaeda. Singh’s work since then, including his new book, The Light We Give, is dedicated to fighting that ignorance and intolerance.

One hopes that San Antonio has changed over the last twenty years. Just as 9/11 represented the first dismal act in the American tragedy in Afghanistan, so perhaps the arrival of the Zaki family in San Antonio might symbolize the end of the whole sorry drama. The Taliban wasn’t and isn’t Al Qaeda and the perpetually deluded George W. Bush never should have invaded Afghanistan in the first place. Perhaps one of Zaki’s children, educated now in America, will remind us of this in the future. I’m guessing that they’ll never forget where they are from and what brought them to America.

And what about the rest of us: how should we remember the twenty-year farce in Afghanistan, the longest war in American history?

The war should be remembered as a gigantic American fuck-up, a national humiliation that should never be forgotten, a stain on the honor of brave soldiers like Tom Schueman and Elliot Ackerman. There is talk of turning Schueman and Zaki’s Always Faithful into a Hollywood movie entitled Semper Fi. Somewhere between the Second World War movie Saving Private Ryan and the tv series Band of Brothers, we are told. This, of course, would be Hollywood’s conveniently schmaltzy way of forgetting what really happened in Afghanistan. 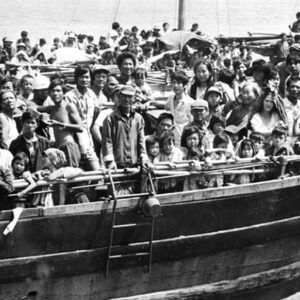