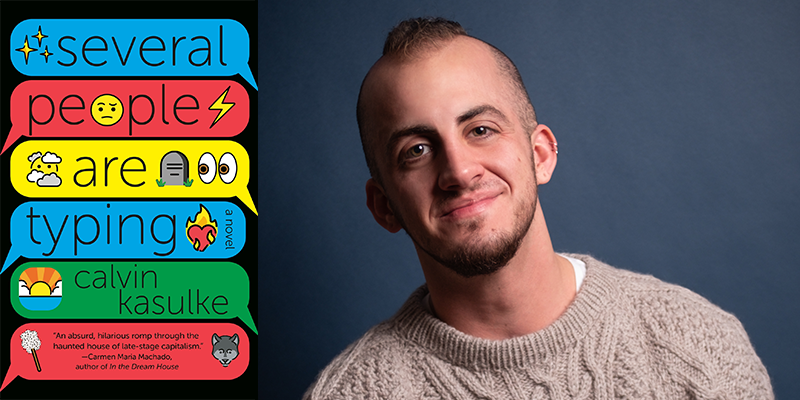 Calvin Kasulke’s Several People Are Typing is out now in paperback from Anchor Books, so we asked him about routine, empathy, and what to re-read.

What time of day do you write?
I am an inveterate night owl. It’s not the optimal arrangement for a life. I’ve tried to follow the path of righteousness and attempted the “wake up early and write first thing in the morning” thing before, but it doesn’t work for me. My brain’s no good until the sun’s gone down. Whether that’s some kind of biological rhythm thing or I’m just rationalizing procrastination, the effect is the same: writing starts sometime after dinner and ends when my body forces me to be done.

Who is the person, or what is the place or practice that had the most significant impact on your writing education?
Writing scripts, audio fiction and screenplays has had a massive influence on how I approach prose; I’ve learned more from writing for performers than from any other part of my writing education.

Which of your characters is your favorite?
Whichever character I have the least sympathy for when I start drafting the work usually winds up my favorite by the time the project is finished.

It happens like this: I’ll write a couple of scenes featuring this least favorite character, and invariably the scenes will turn out wooden or flaccid or otherwise unsuccessful. The problem, of course, is that I haven’t put much effort into the unsympathetic character’s whole deal; sure, I’ll have a broad sense of the role they have to play in the story, but not how they’re going to play it. This can lead to any number of issues—the character’s goal(s) in the scene will be unclear, their voice will be indistinct or unremarkable, their relationships to everyone else in the scene will be too vague or too similar, etc.—and whatever the issue is, it kills all the energy in the scene.

Having diagnosed this, I then go back and add some flavor to this cardboard cutout of a character. A lot of flavor. Usually I overcompensate, and this character winds up being one of the more richly-developed in the ensemble. They’re still unsympathetic, probably, but at least now they’re

interesting; crucially, they’re also newer to me now than all the other little guys I’ve made up. This combination of having redeemed my own error and the freshness of their voice (compared to the other characters I’ve been writing) usually results in my favorite being the most horrible little goblin of the bunch.

Which book(s) do you reread?
The only book I regularly reread from cover to cover is Willard and His Bowling Trophies by Richard Brautigan; I return to it roughly once a year. It’s been my favorite book for going on a decade now, though I’ll spare myself the embarrassment of trying to explain why something is a favorite. What else earns that distinction but a work that fills you with more or bigger or the most ineffable, invigorating feelings than has anything else you’ve yet encountered? Those are feelings better translated into music, or collage, or a fancam; I don’t have the skills as a critic to do it justice.

How do you organize your bookshelves?
I don’t anymore, and let me tell you: it rules. Some friends helped me unpack after I last moved, so my books were unloaded based on whatever box was open and stacked onto whatever shelf space was available. I felt certain I would wind up re-organizing them by subject matter, which had been setup at my last apartment—like a sort of ersatz dewey decimal system—but it just isn’t necessary. I live in a one-bedroom apartment; whatever book I’m looking for, it’s within reach. 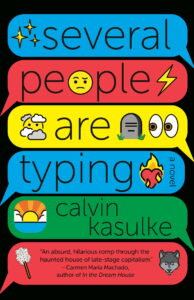 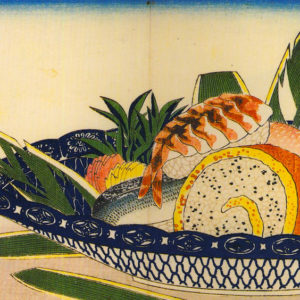 When entering a kitchen in Japan, you will often find olive oil, nuoc cham, gochujang (spicy Korean paste), and cheese. We are very...
© LitHub
Back to top
Loading Comments...