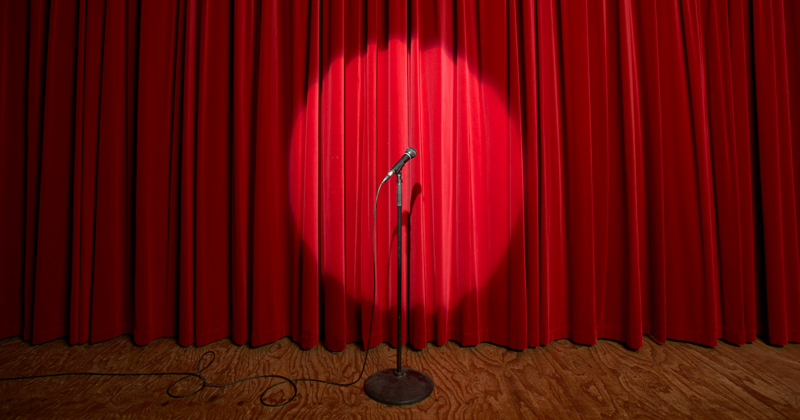 Not Sure If Your Dialogue Is Any Good? Get an Actor to Perform It

I love everyone in my writing group, but none of them terrify me. This is mostly a good thing; it would be harder to submit works in progress to the group for workshopping if I wasn’t comfortable being vulnerable with them. While I’m grateful to be a part of this cohort, I’m also largely motivated by fear—in this case fear of failure, specifically with regard to a piece of writing not working—and there’s nothing to be afraid of among talented and sincerely supportive friends. Which is why I also work with actors.

This practice began in college, when I was pursuing my screenwriting degree and, outside of classes, spent most of my time writing and working on student films and public access TV. All of the actors on these projects were A. My friends and B. Being “paid” in pizza, so I was conscious to write roles that they’d at least have some fun with.

Of course I also wanted the screenplay to be good in its entirety but, knowing I’d have to hand that printed-out script to a friend on some freezing Saturday morning in upstate New York, I paid special attention to each individual character. The actor needed a good reason to be there, which meant the character needed a good reason to be there. Every role, no matter how small, had to have enough going on that this unpaid student-actor-friend would haul themselves out of bed before call time, instead of studying or playing intramural sports or realizing they’re bisexual or any of the other things an industrious undergrad can do with their weekend.

If someone in your writing workshop doesn’t like one of your characters, they’re supposed to offer criticism and suggestions. i.e., “Maybe this character could reveal this information sooner so we understand why they do X,” or “I’m having a hard time differentiating Character A and Character B, maybe you could combine them?” or even simply “This scene isn’t working for me, I think I just don’t care about what happens to Character C if the submarine explodes,” or whatever. In film school, if someone doesn’t like their role, they just don’t show up to the shoot. Or they do, but like, extremely hungover. Given these factors, a character existing simply to fulfill a purpose wasn’t going to cut it. They couldn’t just be widgets in the plot-machine, clocking in to check off some plot box and immediately clocking out again—there had to be something more.

Sometimes that meant taking a big swing and drafting a project-wide conceit that would heighten all of the characters beyond two-dimensional archetypes by dint of the worldbuilding. (“You’re all lobster-people now! Apply your meisner technique to that!”)

More often, though, it meant rendering a character with more detail, more interiority, and more layers. Which isn’t to say everyone from the main antagonist to a bit part with three lines needed to get their own tragic backstory. That’s overkill. Tiny quirks can catalyze an entire universe of personality inside an otherwise flat character; i.e., the summer cold that dogs the police detective played by Zero Mostel in Death Wish gives him enough to work with to elevate an otherwise bog-standard “gritty New York cop” role into something memorable.

On the other side of the law, the two hitmen in Richard Brautigan’s The Hawkline Monster both have the same relaxed, menacing confidence—but one of them tallies everything he comes across, and the other has resigned himself to his partner’s constant counting. This lone distinction between two otherwise identical characters is enough to distinguish them to the reader. It also has significant plot implications later in the novel; it’s always possible to leverage these seemingly small details into major drivers of the story.

After graduation—and without the enormous cache of production equipment available for no-fee rental I’d had access to as a film student—podcasts seemed like a relatively affordable way to continue producing new work, so I turned to . Now only some of the performers were my friends, with productions filled out by the work-for-hire actors, and also I paid everyone involved with actual money. That solved the issue of performers actually showing up regardless of the quality of the part, but in a surprising (to me) twist, it revealed the quality of the part.

One of the most-repeated bits of writing advice across multiple sub-disciplines is that you should read your work aloud as a means of self-editing. It’s reasonable advice unless you’re like me and have precisely zero acting chops. Determining what dialogue sounds unnatural or otherwise a little off is tricky when my entire performance style can be charitably described as “a little off.” But once I witnessed real actors performing what I’d written, it became abundantly clear what was working and what wasn’t. More than once I’ve—politely, calmly, totally full of poise—snatched a script away from an actor so I could make a line edit before handing the marked-up pages back to them.

Hearing my mistakes performed in front of a bunch of actors, producers and sound engineers is a humbling experience at best, and more often hovers somewhere between “painful” and “excruciating,” but that discomfort and on-the-fly editing pays dividends when I’m writing new material. I’m much quicker to catch and correct when I’ve written something that will sound wooden, or when a character’s voice is all over the place, or whatever other mistake I’m at risk of repeating. While I’m laying it all out here, allow me to enumerate quick list of my most common dialogue-drafting mistakes:

1. This character talks like how you wish people spoke, not like an actual person.
The fix: Realism isn’t always the goal, of course, but for the sake of cohesion one either has to commit to a world where everyone is speaking in the same heightened way, or bring this one particularly voice-y character back down to earth. (Doing the former, by the way, is why guys like Sorkin and Tarantino got credit for writing terrific dialogue early in their careers, and doing the former to death is why every Marvel movie sounds the same.)

2. That is not the way anyone speaks, because those lines are bad to say.
The fix: This is just a rhythm thing. As a guy who often has to add contractions back into my communications to avoid sounding like a robot over email, some sequences of words that work just fine on the page sound terrible when spoken aloud. Acual interpersonal speech is typically much less gramatically correct than even your most casually tossed-off text message.

3. All these characters sound the same.
The fix: This isn’t actually a dialogue problem, but a symptom of poor character development. Time to go back to the drawing board and render these charaters in more detail before moving on to the dialogue-writing part. Ideally, you should be able to identify which character is speaking by their dialogue alone, even if you were to cover up their names on the page.

It’s probably unsurprising, then, that my debut novel is written entirely in dialogue. More precisely it’s written in Slack chats, but whether online or in person, dialogue is about voice—both what you say and how you say it. After years of writing scripts to deliver to actors it was easy to “hear” all of the characters and give them distinct voices on the page, even if their performances are largely limited to subtle differences in deploying punctuation and emojis. And that thing about being abe to tell which character is speaking by dialogue alone, even if you covered up their names on the page? Doubly important here, when the only way to distinguish characters is how their “speech” reads on the page.  To bring a group of characters to life with nothing but their voices, I had to spend years honing my character and dialogue crafting skills by witnessing them being brought to life by others. 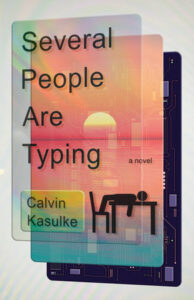 Calvin Kasulke is a writer based in Brooklyn, New York. A Lambda Literary Fellow, his writing and reporting have been featured in VICE, BuzzFeed, and Electric Literature. Several People Are Typring is his first book. 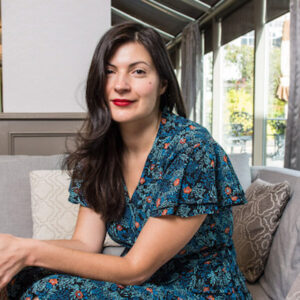 Mona Awad joins the guys in the zooming Damn Library to talk her new novel, All's Well, which means talk about Shakespeare,...
© LitHub
Back to top
Loading Comments...